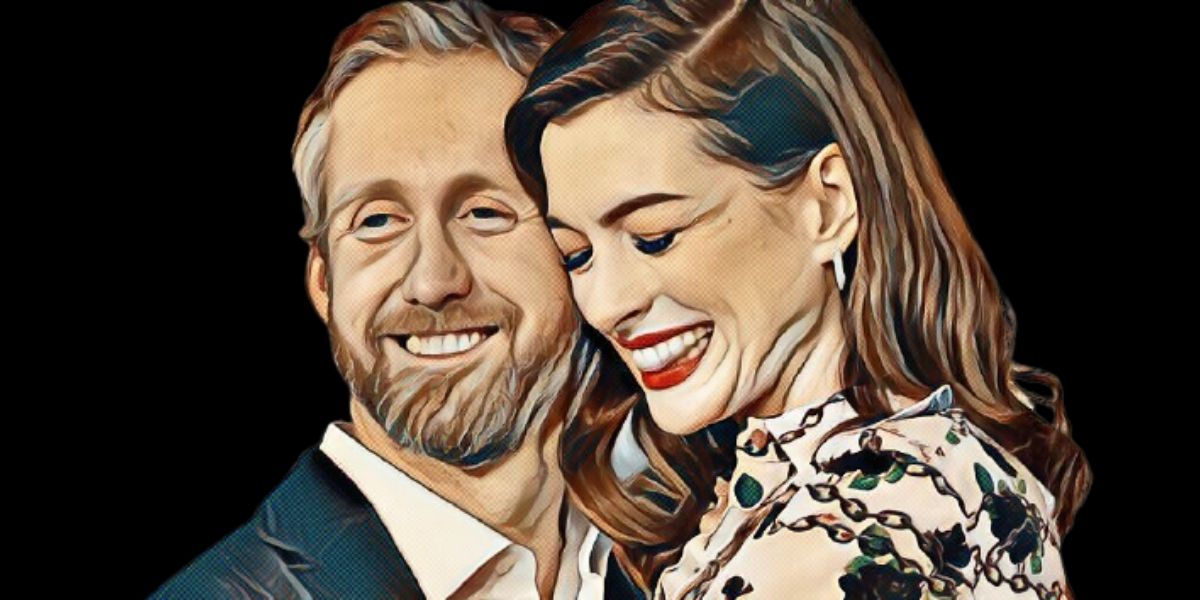 The actress admitted that she felt he would be her future husband.

In 2013, during an interview with Harper’s Bazaar UK, the actress said that during their first meeting, she revealed to her friends she thought he was going to be her wife, and even though she admitted to being a bit crazy at the time, it ended up as she said.

She also revealed she was honest with him since she believed he was the love of her life.

A Timeline of Anne Hathaway and Adam Shulman’s Relationship

For those who don’t know who her husband is, Adam Shulman is a jewelry designer, producer, and actor.

The actress confirmed that they got engaged in 2011.

His jewelry company is James Banks Designs, and the producer designed her emerald-shaped diamond engagement ring.

According to the company’s website, their jewelry is made from handmade recycled materials in Southern California.

The two exchanged their vows in a traditional Jewish ceremony on September 29, 2012, in Big Sur, California.

According to People, they had more than 150 guests.

Their wedding celebrations started earlier with a rehearsal dinner at the Ventana Inn Spa.

The ceremony was held nearby, and sources revealed the wedding theme was rustic and classic.

2014 Anne Hathaway and Adam Shulman Worked Together on a Movie

The couple worked together on a movie known as Song One.

The actress revealed she was curious about how it would go since she heard people say it was wrong to work with one’s spouse, but she enjoyed working with him.

She further said he was an excellent producer who understood his work, and she learned a lot from him.

Hathaway’s close friend, Emily Blunt, stated during an interview that Shulman was the actress’ greatest achievement in various ways.

She referred to Hathaway’s husband as a “sort of home away from the storm of fame she lives with.”

She also revealed that their marriage was influential in her growth though she was at a point where she only cared about her relationship, and the rest did not matter,

The couple has two kids, both boys.

They welcomed their first child Jonathan Rosebanks Shulman in March 2016.

Two months after welcoming him, she talked of how her husband was spectacular as was expected of him.

A few years later, the actress revealed to her fans on her Instagram page that they were expecting their second child.

This was in July, and she talked about her struggle with conception and infertility in the same year.

In November, the couple welcomed their second child, Jack Shulman, and both look cute.

They always try to keep their sons from the spotlight, and Anne prefers to maintain a low profile regarding her personal life.

2020 Anne Hathaway Revealed They Were Unsure About Getting Another Baby

In October, during an interview on Jimmy Kimmel Live!, the actress gave a sneak peek of how things were at home during the lockdown.

She also revealed that they were unsure if they wanted another baby.

There were times she felt like she needed to add another family member then there were those times she appreciated that she had two beautiful sons and felt satisfied.

After the lockdown, the couple made many public appearances as they were seen at various events like the opening of The Music Man and a date at Soho House in New York.

They also traveled to Milan for the Giorgio Armani fashion show.

The couple is one of the most beautiful in entertainment, and any updates on their relationship will be provided.