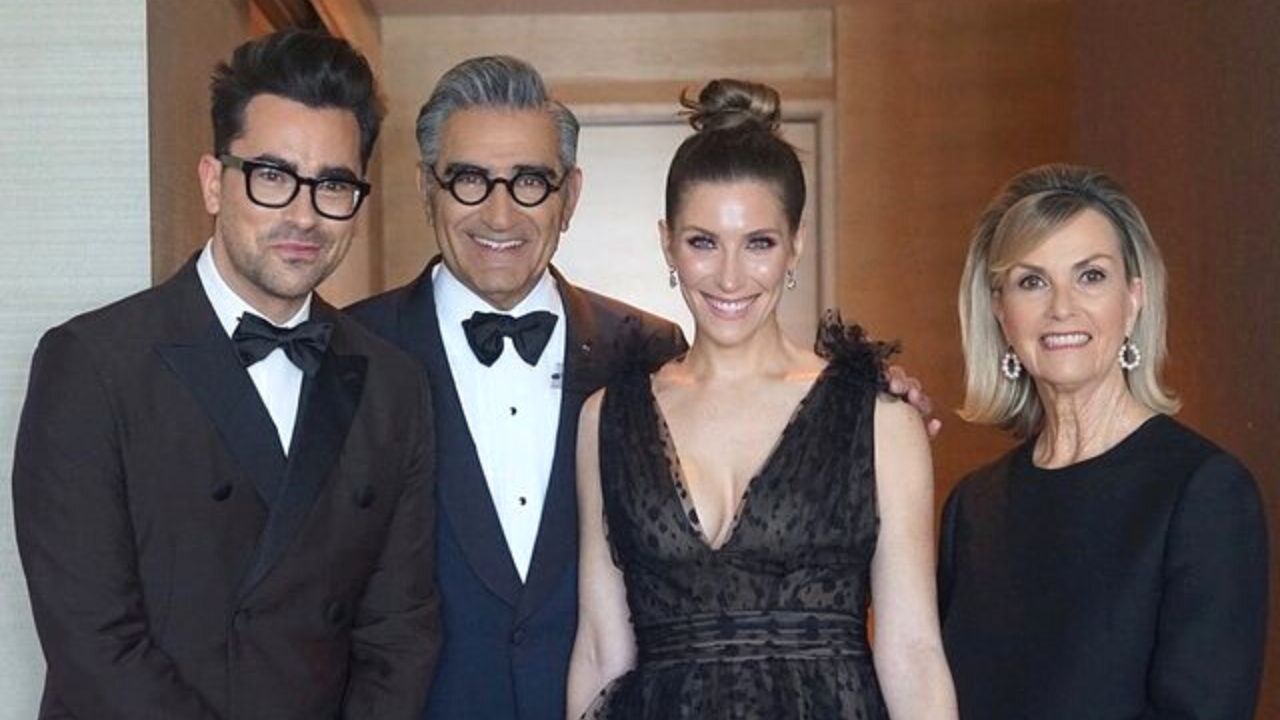 Eugene Levi is one of the sweetest and most charming Canadian actors from the past 40 years give or take. His character from “American Pie” will forever be in our hearts, and all of the boys would agree.

But in reality, his career is something everybody can look up to because it is full of achievements. But the achievement he considers the greatest is his marriage of almost 50 years with his gorgeous wife Deborah Divine.

If you want to know more about the love of his life, you have come to the right place, so kick back and enjoy.

Who is Deborah Divine?

Deborah Divine is a Canadian producer and production manager born in 1959 in Canada.

She worked on various show business projects such as the soap operas “Search for Tomorrow” and “Another World.”

Deborah also worked on a short-lived sketch show, “The Higgins Boys and Gruber” and as a creative consultant on her husband’s show, “Schitt’s Creek.”

“Schitt’s Creek” is a family project and Deborah’s and Eugene’s son Dan Levy is also a co-creator.

Although Deborah is not as famous as her husband, her devotion to show business can be clearly seen in her work.

Another well-respected project she has worked on as a writer is definitely the Canadian-American sitcom from the 1990s “Maniac Mansion,” which her husband also created but never starred in.

Deborah is also very active on social media, on Twitter to be precise, and she often tweets about the fun things from her married life.

Eugene and Deborah have two kids, a son Dan Levy and a daughter Sarah Levy. Both of their children co-starred in their family sitcom “Schitt’s Creek.”

Their son plays Eugene’s character’s son and their daughter plays Café Tropical owner Twyla Sands. Their daughter received huge appreciation for her portrayal of Twyla and is often reffered to as ‘the unsung genius of “Schitt’s Creek’.”

Deborah was always a strict parent and Eugene often says that proper manners were always demanded in their household when their kids were young.

But on top of that, Deborah was always there for their children and was full of understanding and support. This enormously helped her son to come out about his sexuality.

Dan even admitted that because they share a strong mother-son relationship, Deborah was the first person he talked to about being gay.

What Does Tara Reid Do Now?

Eugen and Deborah always liked to keep this type of stuff private and the exact date or information about how they actually met is unknown.

One thing that Deborah and Eugene wanted to share is that they started dating back in 1973. It took them four years to decide that it was time to officially tie the knot in 1977.

They held a magnificent wedding ceremony with more than 300 guests and since that day, they have kept it rock solid. This year is their 45th anniversary, believe it or not.

Eugene and Deborah said that the key to a long-lasting marriage is love, understanding, and above all, respect.