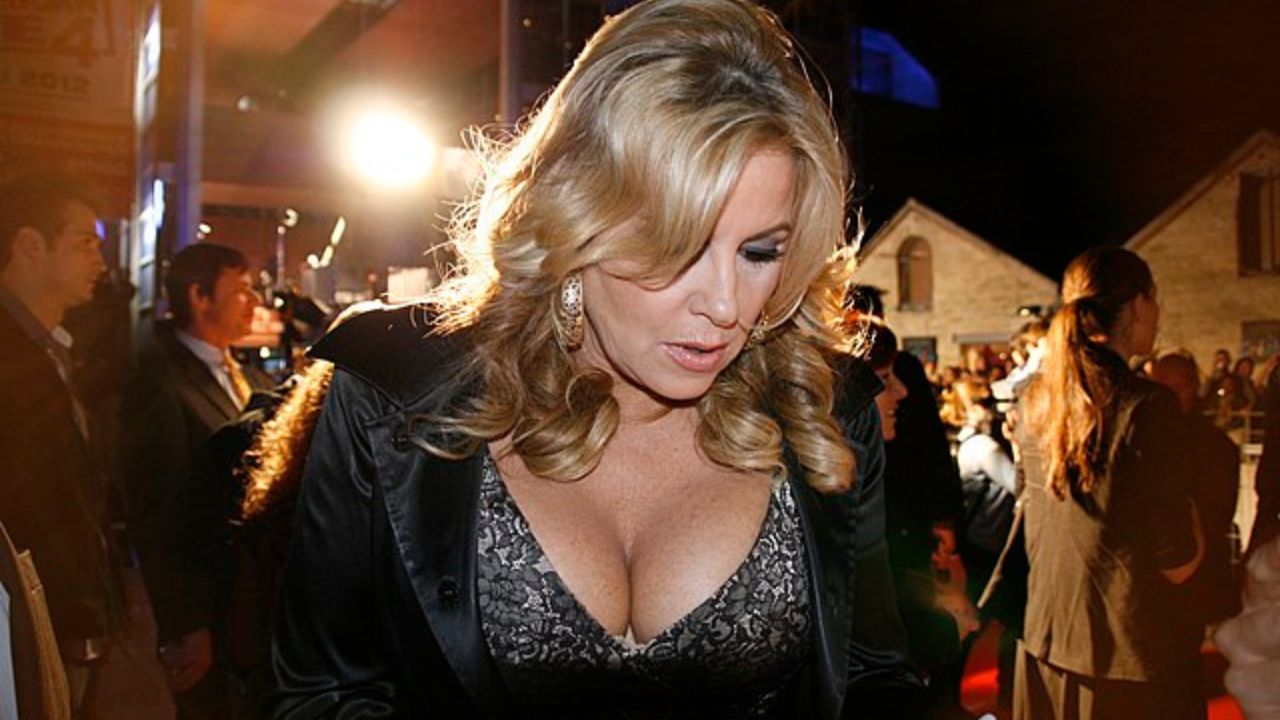 Jennifer Audrey Coolidge is a comedian and actress who is best known for her role as Jenine Stifler in American Pie Movie.

She also played Tanya in the White Lotus, a comedy-drama series. With a profession running for almost three decades, Coolidge strongly made a name for herself as an actress getting leading and supporting roles. Even minor roles like her appearance in Sex and the City and Fiona in A Cinderella Story have become part of cultural memoirs. Her acting characters are diva-like and feminine. Many wonder what her personal life is like, including her relationship status. Does she have a family? Is Jennifer married?

Does Jennifer Coolidge have a Husband?

The actress seems to use secretive approaches when it comes to her romantic interactions. The legendary actress does not depict a person intent on having a public relationship. She is usually on the red carpet by herself, and her social media accounts are filled with work-related posts.

Secrecy fuels rumors, which seems to apply to the actress’s dating life. Over the years, many theories have emerged on stars she may have had a wedding with or those she could have dated. One of the theories is that she married a man known as Tom Mahoney a few years back. Another fabrication states that they have two kids. Other lovers she has been rumored with include Chris Kattan, a comedian and actor who was a cast member on Saturday Night Live during the late 90s and early 2000s. They were seen together many times, and additional details on their love life are hard to find.

Rumors about her love life may vary, and while it seems simple to know who she is currently dating, it is harder to track her previous relationships. What we know is that she does not have a husband though she may be dating. She says that her relationship with Kattan did not go well; thus, they had to break up, but she admitted that she is in a steady relationship and declined to reveal the identity of the lucky man. She simply said he was funny, smart, and handsome.

Considering all the facst we can say that she is currently single, deosn’t have a husband and has never been married.

Does Jennifer Coolidge have kids

Her Type of ‘Men”

The actress says she once pretended to be Ernest Hemingway’s granddaughter to enter into clubs, and even though she loves to give her fans a glimpse of her adventures, she is secretive concerning her romantic partners. She once discussed her relationships and gave her preferences on the type of partner she wants. She admitted to being in relationships that had lots of fights. She said she does not want someone whose behavior seems odd. She also did not want to be in a relationship where she felt like she was a detective, and everything her partner did seemed suspicious. She said she wanted a person who cared about humanity, was fun and was well-adjusted. Basically, she wants a nice person, and we hope that she will find her wish.

Since she is always private about her personal life, she drops a few hints concerning her personal life in interviews. She once stated that the American Pie movie in which her role included sleeping with her son’s friend might have unknowingly become part of her love life since she suddenly became interested in dating younger men. “I did date younger men after [American Pie],” Coolidge said. “I really dated younger men for the next 10, 15 years.” She also brushed on the topic in 2020 when she appeared on Watch What Happens Live With Andy Cohen. She said, “I have to say the movie has helped me out in a lot of ways,” she continued, “even as … There’s always someone who has seen that movie lately, and so then you get a whole new group of young guys. I’m single, so I’m really using it to my advantage.”