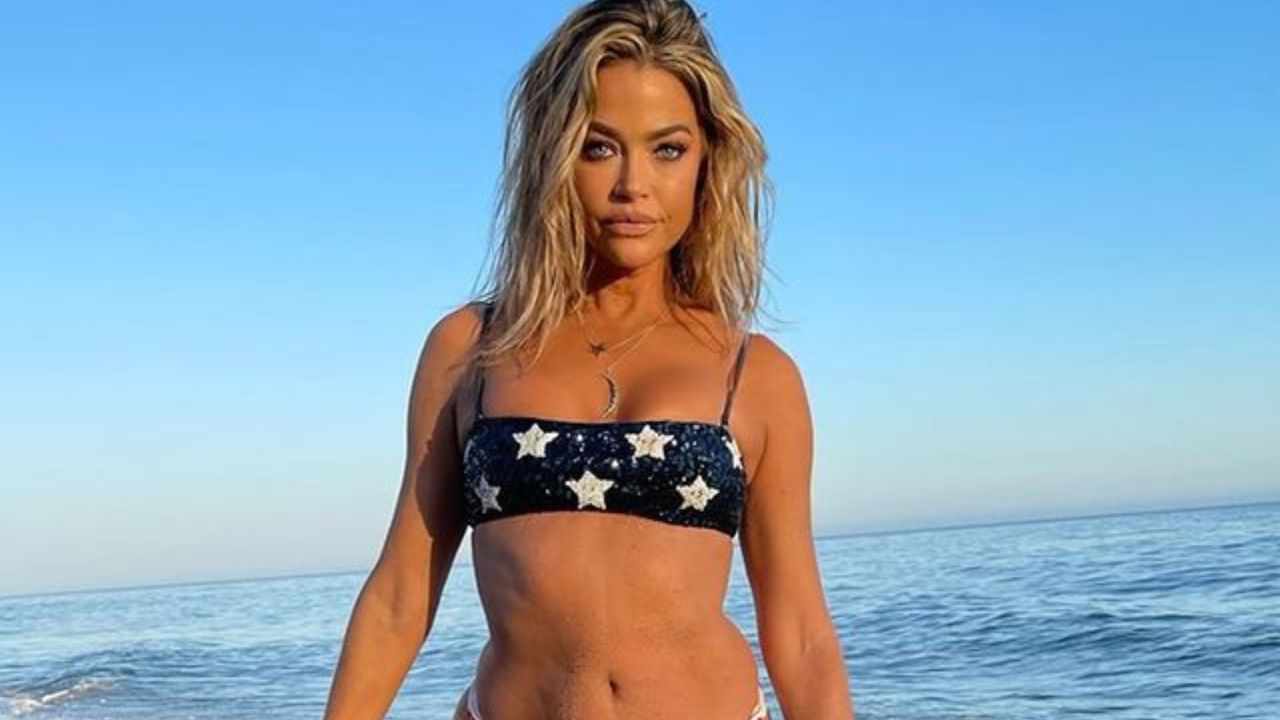 Denise and her ex-husband and co-star from “Two and a Half Men” Charlie Sheen made it to the headlines in 2022 due to their argument over their daughter.

Moreover, their daughter Sam Sheen (Sami) decided to join OnlyFans after turning 18 in April this year, which triggered a lot of controversial rumors about a ‘teenager’ joining such a platform.

Sami Sheen joined the platform in 2022

While Charlie Sheen, her father, did not condone such behavior and advised his teenage daughter to ‘keep her dignity’ in whatever she does in life, her mother Denise Richards was quite supportive of her.

“To deal with all the negativity at such young age… This is something I’m still trying to achieve. I wish I had my daughter’s confidence!”, Denise stated on Instagram.

And just a few weeks later, their daughter seems to have given her mother the confidence she needed, as Denise joined OnlyFans as well.

And let me tell you, the gorgeous Denise looks nothing different than in her ‘90s Playboy photoshoots!

Most of her content on OnlyFans has been NSFW as she posts nude photos, or in bikini suits, so we’re not going to show it here.

However, a little Google searching does wonder when it comes to finding this content if you’re interested.

She’s honest with her daughters

Having done a lot of work for Playboy and other adult magazines, and even taking part on other adult-content platforms, Denise is probably facing backlash for doing such work while parenting her daughters.

But the actress addressed her work and her relationship with her daughters in 2019, saying she’s been completely honest with her three daughters.

As her daughters Sam, Eloise, and Lola are all teenagers now, it’s better to be clear and honest with them and show the girls that their mother did nothing to be ashamed of!

Despite people thinking Denise Richards has become popular solely due to her Playboy days, the gorgeous blonde has a lot more to her fame.

Namely, she has had more than 100 credited acting roles.

Her acting career began back in 1990 when she was just a teenager.

During the same period, she landed roles in great movies, including “Loaded Weapon”, “In the Blink of an Eye”, and in one of her most popular performances in “Wild Things”.

After being a guest star on the popular sitcom “Friends”, Richards went on to star in “Spin City”.

She also took on roles in the TV series “Two and a Half Men”, “Twisted”, and “Vanity”, before landing the role of Shauna in “The Bold and the Beautiful”, in which she starred in almost 200 episodes.

Denise is set to appear in several upcoming movies, including “Angels Fallen 2: Warriors of Peace” and “Among the Ashes”, both of which will air in 2023.