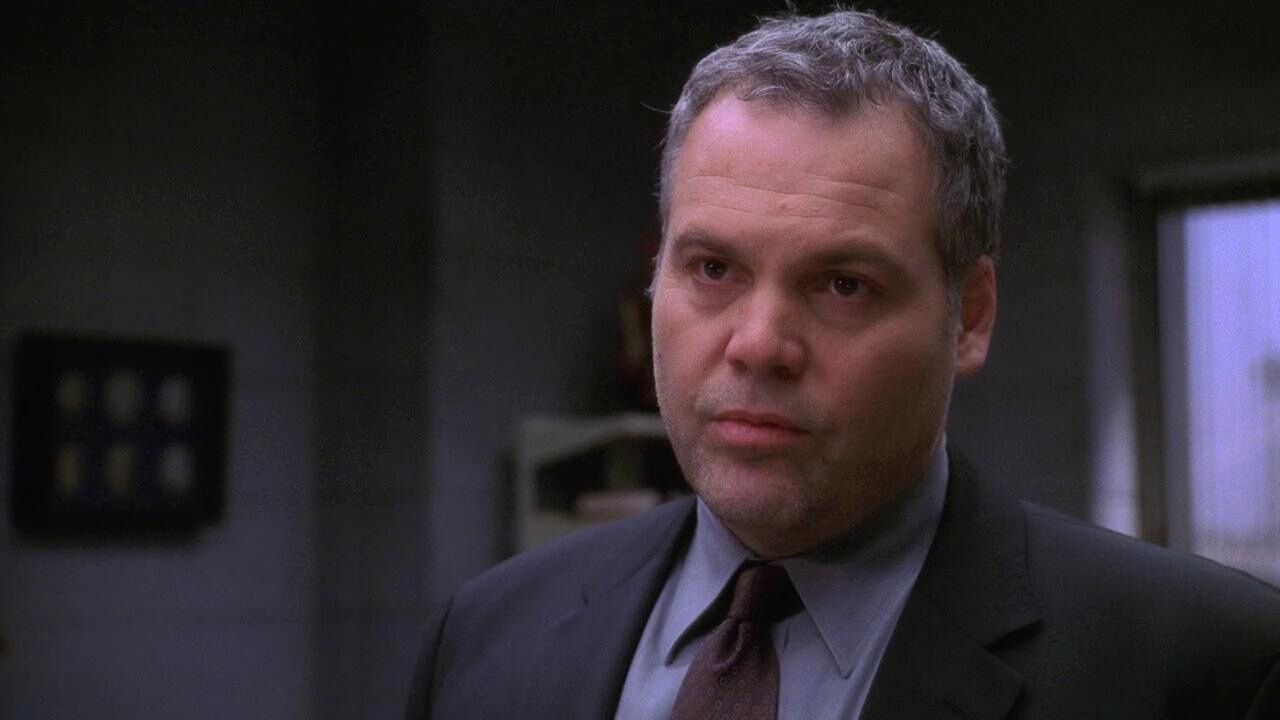 Law and order: criminal intent is the third television series from the successful Law and Order franchise. The series premiered in September 2001 and aired until June 2011 after completing ten seasons.

For the first four seasons, It featured Vincent D’Onofrio as Detective Robert Goren and Kathryn Erbe as Detective Alexandra Eames as Co-stars.

The television series is one of the longest series in history. It has seen many actors come and go during its production.

Vincent D’Onofrio left the series after the season 9 premiere and only came back in the season finale.

This move disappointed many of the show’s ardent followers. It resulted in a drop in ratings and viewership.

D’Onofrio left Law and Order because the intense work pressure was beginning to take a toll on him.

In 2004, Vincent made the headlines for collapsing twice within the same week.

The first incident was on the set of the series. A few days later, he passed out again at home.

After a brief hospitalization on both occasions, he was diagnosed with exhaustion.

D’Onofrio attributed this to the long working hours filming criminal intent alongside other projects he was working on at that time.

He describes the shooting of season 4 as the rock bottom of his life.

Around the same time, Vincent lost two of his family members, and he was not given leave to attend one of the funerals.

All these challenges led to a pile-up of anger and exhaustion. He chose to leave the set to focus on his other projects.

The series is set in New York City. Episodes are based on fictionalized versions of the investigation of the major case squad of the New York Police department.

It started with a small team with the aim of focusing on the characters at work and their bond with each other.

The plot steered clear of exploring the characters’ lives outside work.

Law and Order; Criminal intent was highly successful until the fifth season when it started experiencing challenges.

Dick Wolf, the producer, decided to split the 22 episodes between the original co-stars and two new characters; Annabella Sciorra and Carolyne Barack and Cris North as Mike Logan.

With this addition to the team, the original cast swapped episodes weekly with the new team. However, this was contrary to the initial plan to keep the team small.

Coincidentally, the show’s ratings declined at this time. The producers were forced to move the series from NBC to USA networks to lower their costs.

The move served to restore the show’s ratings as the new network was less competitive.

Although Vincent D’Onofrio acknowledged that shooting the show was stressful, he also reflects positively on his overall experience. After all, he agreed to come back for the final season.

He only left because he was working on multiple projects at that time.

Constantly juggling all his projects was tiresome for him. He needed to take a break.