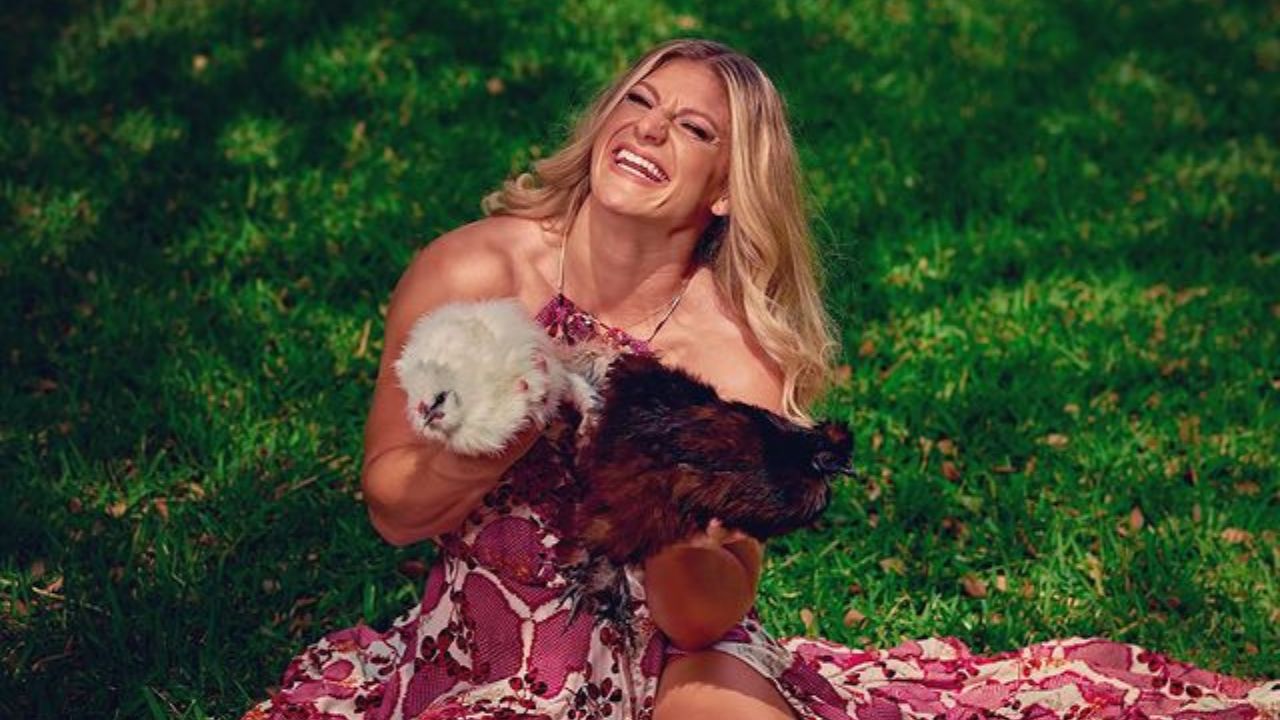 Kayla is a professional fighter in the UFC and is a judo black belt holder with an impeccable skill set that makes her one of the best female fighters in UFC history.

But it seems that people wonder more about her romantic life than her professional career. Unfortunately, there isn’t much information to find as Kayla isn’t married and never was.

Although she never walked down the aisle, Kayla was engaged once in the past to Aaron Handy, a fellow fighter as well.

She even has two kids, but she’s not their biological mother. Kayla adopted her sisters’ kids a while ago and she became their guardian.

Kayla Harrison is not married, but she is still young and will have plenty of opportunities to tie the knot once that special someone arrives.

But, even though she never married, she was close to it once. Back in 2012, rumors started to circulate that Kayla Harrison was then recently engaged with UFC fighter Aaron Handy.

While this was never officially confirmed, the two haven’t hidden the fact that there was something between them. Sadly, their relationship ended very soon after the rumors surfaced.

Shortly after, Kayla found love once again, just this time with yet another professional fighter, Anthony Rocco Martin, with whom she is reportedly even today.

Who is Anthony Rocco Martin?

Even though Tony was born in Palos Heights, shortly after his birth he relocated to Worth and then to Wisconsin where he stayed through his high school days.

In high school, Tony played football and he was rather good at it. After he graduated, Tony enrolled at North Dakota State University, but he left shortly after.

His decision to drop out of college and focus on martial arts was, according to him, the best decision he ever made.

His primary focus was on Brazilian jiu-jitsu in which he later earned a black belt.

Tony made his fighting debut in 2012 when he fought against Bruce Johnson at Cage Fighting Xtreme 30.

His debut match was a solid win as he finished his opponent with a rear-naked choke in the first round.

Tony was a “beast” and after a clean record of 8 wins and 0 losses, he was signed by the Ultimate Fighting Champion at the end of 2013.

He stayed with the UFC for seven long years, leaving the Ultimate Fighting Champion with a record of 9 wins and 6 losses.

His latest fight was outside of the UFC and it happened just a few months ago, in May 2022, when he submitted Tim Bazer with a brabo choke in the second round.

Kayla Harrison doesn’t have biological kids, but she did adopt her sister’s son and daughter two years ago.

The exact reason why her sister Aura is not with her children is unknown. We do know that the kids were living with their biological dad before he died suddenly a couple of years ago.

Kayla’s mother took care of the kids for a while before Kayla decided to adopt them and become their legal guardian.