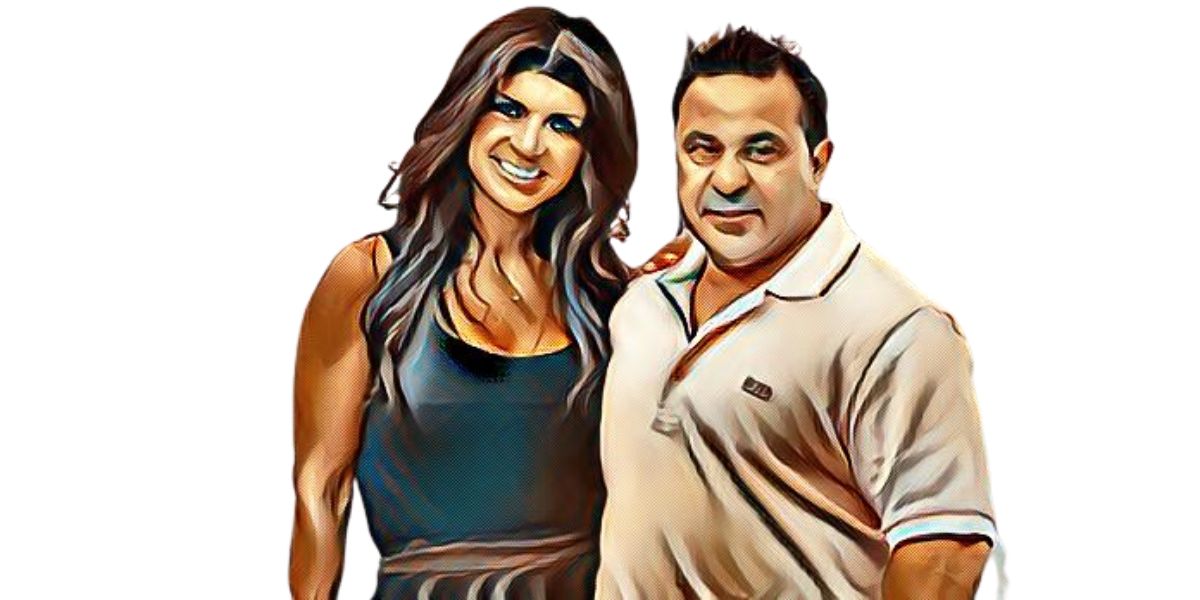 Teresa Giudice and Joe Giudice were famous for their appearance in Real Housewives of New Jersey.

They married, had four children, and divorced after more than 20 years of marriage.

According to People, the former couple is in a fantastic place and supports each other.

It further said that they still love each other but are not in love with each other.

A post shared by All About The Real Housewives💋 (@allabouttrh)

The couple held their wedding celebration on the 23rd.

The reality star stated she had known him since she was young.

Not long after getting married, they got pregnant with their first child, a girl named Gia.

The family grew with the birth of their second child, Gabriella.

Their third child, Milania, was born.

The Real Housewives of New Jersey released its first episode, and both were among the cast members.

They welcomed their fourth child, Audriana.

Rumors emerged that Joe was romantically involved with his secretary, who also happened to be their former nanny.

The two overcame the situation and remained together.

After a 12-year marriage, they decided to renew their vows.

Teresa revealed that marriage meant for better or for worse, and since they have been through a lot, it was fit they renew their vows.

She also revealed that their time together made them stronger.

Not long after, as they struggled with their marriage, reports surfaced that Joe was a serial cheater.

Since Teresa was raised in an Italian religious family, she did not believe in divorce, which is why she withstood a lot.

A source revealed that she was considering leaving him, and her family fully supported her.

They pleaded not guilty.

They pleaded guilty to various accounts of fraud.

Teresa admitted wrongdoing and expressed her remorse to all those it affected, including her daughters.

An agreement was made to serve their time separately so one could always look after the children.

Teresa started her sentence on the 5th.

A few months after Teresa went to jail, cheating rumors caught up with Joe as he was seen with a party girl in Atlantic City, New Jersey.

The two were seen making out, and when Joe was asked, he denied it.

She was released on the 23rd, just in time for Christmas.

The family’s lawyer stated that it was an emotional day for all of them, but they would get through it the same way they did when Teresa was locked up.

The separation was hard, and Teresa blamed her husband for the family’s situation.

A source revealed that she felt Joe destroyed everything for them when they were at the height of their success.

Rumors started that their marriage was on the rocks.

They further stated that Teresa had an affair after her co-star accused her of partying every night with some guy.

She denied the allegations by saying no one had anything to worry about.

Reports emerged that Teresa wanted to leave her husband once she was released.

A source revealed that she felt she needed to be free after everything he had put her and the family through.

In her memoir, she also revealed that if things with her husband were not working out when he returned, she had no option but to call it quits.

Teresa was seen flirting as she wore bikinis and was without her wedding ring.

It was reported that she was not answering some of Joe’s phone calls.

An insider revealed that he was abusive during their conversations, and she felt free with him in prison.

The family found out that Joe was to be deported once he was released.

Though he lived in the United States since he was young, he was born in Italy and had not become an American citizen.

She hoped her husband might not be deported but later, a recording revealed her saying that they would call it quits if Joe was deported.

Teresa was spotted with a new man.

They were holding hands, flirting, and cuddling.

It was rumored they were spotted together on New Year’s eve, but Teresa’s representatives denied any romance between them.

Joe celebrated his 47th birthday in ICE custody, and the family managed to visit him for an hour.

A month later, Teresa was seen with her new catch at a bar, and they laughed a lot.

Blake made her laugh and giggle, and they seemed like a couple on a date.

He requested to leave ICE custody to return to Italy.

Teresa stated they were planning to talk about the future of their marriage once she took her daughters to visit their father in Italy.

It was confirmed the couple was divorcing, and everyone, including their daughters, knew this was bound to happen.

Joe reunited with Milania and Gia in Italy after almost a year apart.