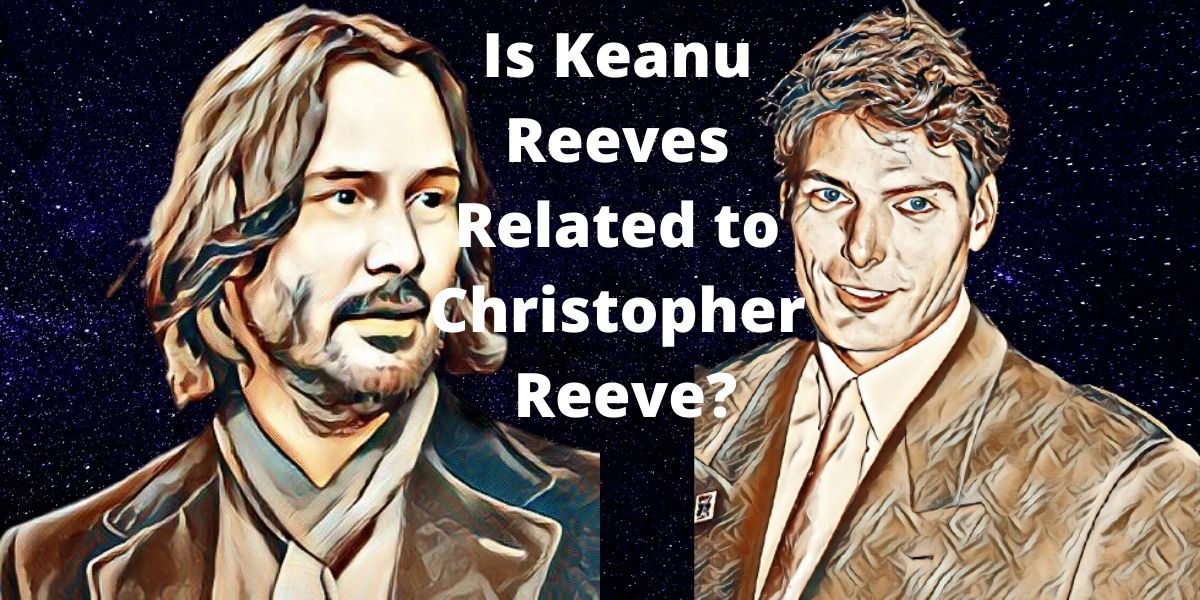 Keanu Reeves is a Canadian actor who started his career in television films and theater productions before making his debut in the 1986 movie Youngblood. He gained popularity from acting as a hustler in the drama, My Own Private Idaho, released in 1991.

He also played an action hero in the Speed and Point Break. On the other hand, Christopher Reeve was an American-born actor, director, writer, and activist. He is famous for acting as the main character in the 1978 film Superman and its sequels.

He started his career at the age of nine. He appeared in blockbusters like Street Smart, the Bostonians, and The Remains of the Day.

Then comes the surname, which has made many questions whether he has any relations to Christopher Reeve,

Sadly, Reeve does not have any relations with Reeves. The former did an outstanding job acting as Superman in four sequels between 1978 and 1987. The actor died in 2004. The Matrix actor’s full name is Keanu Charles Reeves, while Reeve is Christopher D’Olier Reeve.

The difference in their last names stems from the letter ‘s.’ Reeve was born in New York City and grew up in Princeton, New Jersey, whereas Keanu was born in Beirut, Lebanon, and grew up in Toronto, Canada. The fact that they do not share the same hometown also shows that they are not related.

Christopher became paralyzed from the neck down in 1995 when he sustained a critical spinal injury while horse riding. Even though he was stuck in a wheelchair and using a respirator to assist him in breathing, he was an active campaigner for paraplegic and disabled children going on to appear before the Senate to advocate for more resources for stem cell studies.

He launched the Christopher Reeve Paralysis Foundation a year after his accident. He merged it with the American Paralysis Association to fight for the disabled to raise awareness and encourage medical breakthroughs.

The organization would, in 2007, be renamed the Christopher & Dana Reeve Foundation. The Superman star continued working after rehabilitation and appeared in a 1998 television film, Rear Window, for which he was nominated for the Golden Globe Award. He also directed two movies, The Brooke Ellison Story and Gloaming. Both films concentrated on health themes.

Reeve also wrote Still Me in 1998 and Nothing is Impossible: Reflections on a New Life in 2002. He was keen on overcoming the limitations attributed to his condition and underwent an experimental surgery in 2003 that allowed him to breathe for some time without needing his respirator.

Keanu may not be able to fly into space, but he has acted as a character who possesses supernatural abilities. While acting as Neo, he has the pace, power, and might that makes him seem like Superman. While portraying the character, he has shown that he can act like a superhuman being, particularly in the scenes he flies.

The actor also shows that he can save the day. He acted as Johnny Utah, an FBI agent in the movie,  Position Crack. While acting Velocity, he played the role of a law enforcement officer, containing an explosive device on a speeding bus. In the John Wick sequels, Keanu kills many assassins to pursue revenge.

Reeves recently appeared in The Matrix 4 as the famous Neo. The film brought together his previous director Lana Wachowski and cast member Carrie-Ann Moss. The actor had not played the role since The Matrix Revolutions in 2003. Fans were happy to see the duo return to the franchise, and just like Superman, Neo is powerful.