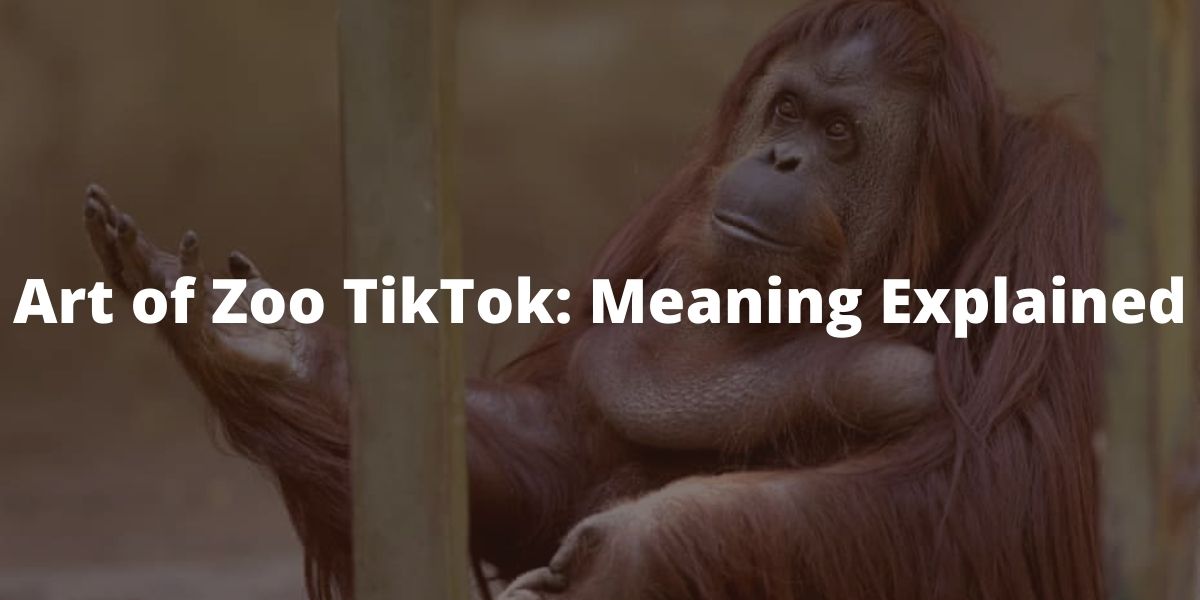 A new trend on TikTok has everyone wondering what it could mean.

Generally, these terms require some research before one fully understands the intended meaning.

This year, some popular coinages have been “what is the 25th Island of Greece”, “we did it, Joe,” and “why were chainsaws invented?”

These phrases are usually hilarious because they have some funny answers behind them.

The latest one in this popular trend is Art of Zoo, and its meaning might not be what you expected!

Keep reading to know how the term came up and what it means!

TikTok is a social media app that was first released in 2016.

It is an app where users can create short videos of themselves and share them with others.

The app rose to popularity in 2018 when it became the most downloaded app globally.

TikTok is characterized by trends that come and go, one of which is the Art of Zoo.

The term “Art Of ZOO” originated from Chinese language videos uploaded to TikTok.

These videos are all about animals like pandas, sharks, or reptiles.

TikTok users have probably noticed a new trend that has been going around the app.

It involves using certain hashtags and prompts to create videos on TikTok, which then go viral for their creativity and humor.

The trending hashtag required the user to record a short video before googling the meaning of “Art of zoo” and another after knowing what the term means.

As it turns out, the art of zoo means bestiality.

Zoo means an animal, so when you think of the art of zoo, the meaning becomes quite apparent.

Once you get to know what it means, you’ll make the connection with the term.

In fact, when you search this term on Google, most of the videos you find are those of people doing things with animals.

However, you’ll notice that explicit content doesn’t feature at the top of the search results.

Why is Art of Zoo Trending

Part of the reason why “art of zoo” is trending is horrifying.

Many people passed it onto the next person to feel the horror they felt when they first saw it. And this sold!

Also, the people’s reactions in the videos are quite priceless.

You don’t quickly get genuine responses because people often exaggerate reactions to fit the context.

Art of zoo had some severe reactions, with some people clearly disgusted.

Lucky for you, you don’t have to google the meaning as you already know the meaning.

But you can still take part in the challenge; only it’ll be less fun now!

Does it Have a Different Meaning

On the other hand, art of zoo means something else.

For one thing, what does “art” mean in this context?

If you think about it, you’ll realize that there’s more to the word than meets the eye.

When you look closely, it turns out that there are several different definitions.

The one that’s most relevant to the TikTok in question is “the expression or application of human creative skill and imagination, typically in a visual form such as painting or sculpture, producing works to be appreciated for their beauty or emotional power.”

In other words, when someone creates zoo TikTok, they’re using their creative skills to come up with something visually appealing and emotionally powerful.

However, this wasn’t what the creator of the term had in mind.

Will Art of Zoo Trend Long

Like any other trends on TikTok, art of zoo will be periodic.

When another popular trend comes up, everyone will jump ship.

Furthermore, the more art of zoo trends, more and more people are finding out about it, and it’ll be a matter of time before everybody knows it.

Art of zoo is also a plain joke.

You can’t get more creative with it since it only targets your reaction to the term and nothing more.

Also, while the reactions to art of zoo are priceless, they are limited to their longevity as a trend on TikTok.

Others will surely come up, but art of zoo will fade away the same way it found its way into a trending hashtag on TikTok.