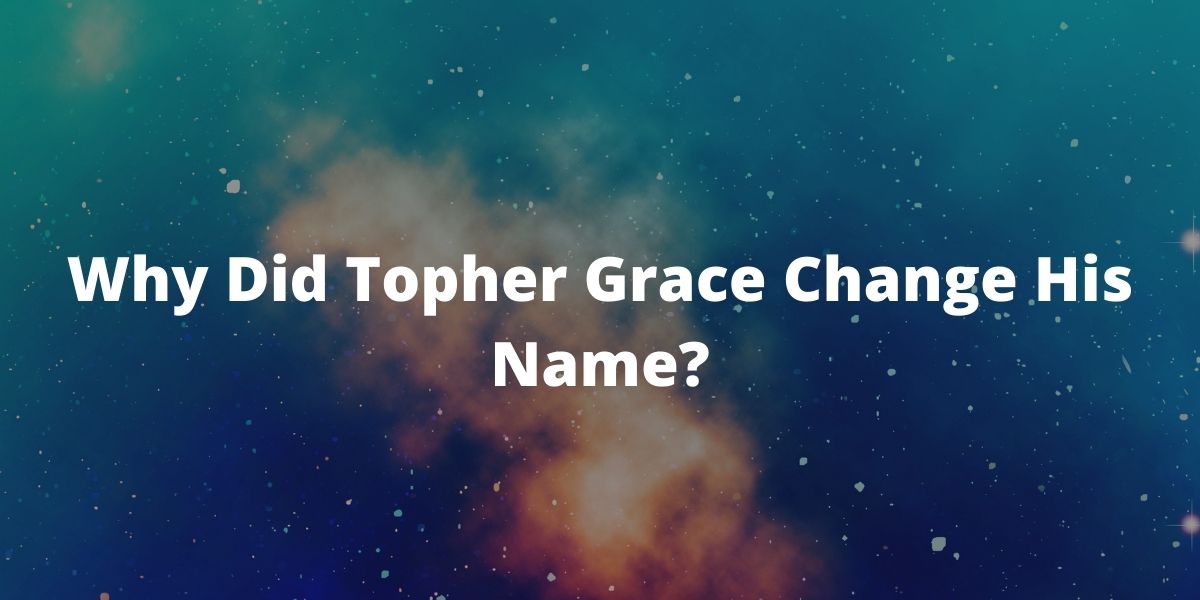 In an interview with The Ellen DeGeneres Show, Topher Grace revealed why he changed his name. In the interview with Anthony Anderson for the Show, they discussed why he went from Christopher to Topher. Topher said:

I was Chris when I was a kid… People would call me Chris, and I wanted to go by Christopher,” he explained. “My mom’s name is Patricia, and people only called her Pat, so she always said ‘You should go by your full name.

The actor shortened his name and the reason might just surprise you!

RECOMMENDED: What is Topher Grace’s net worth?

Why did Topher Grace change his name?

Topher Grace changed his name because he didn’t like to be called Chris. Many people called him Chris when he was young, and he would finish it with Topher to reiterate that they call him by his full name.

In his interview with Anthony Anderson of The Ellen DeGeneres Show, the actor said:

He continued, stating that when he was in New Hampshire, high school, he joked that he would use Topher as his official name. To his surprise, the hottest girl in school said, “That’s cute!”

“So that was it, it wasn’t like a Hollywood thing or anything,” he added.