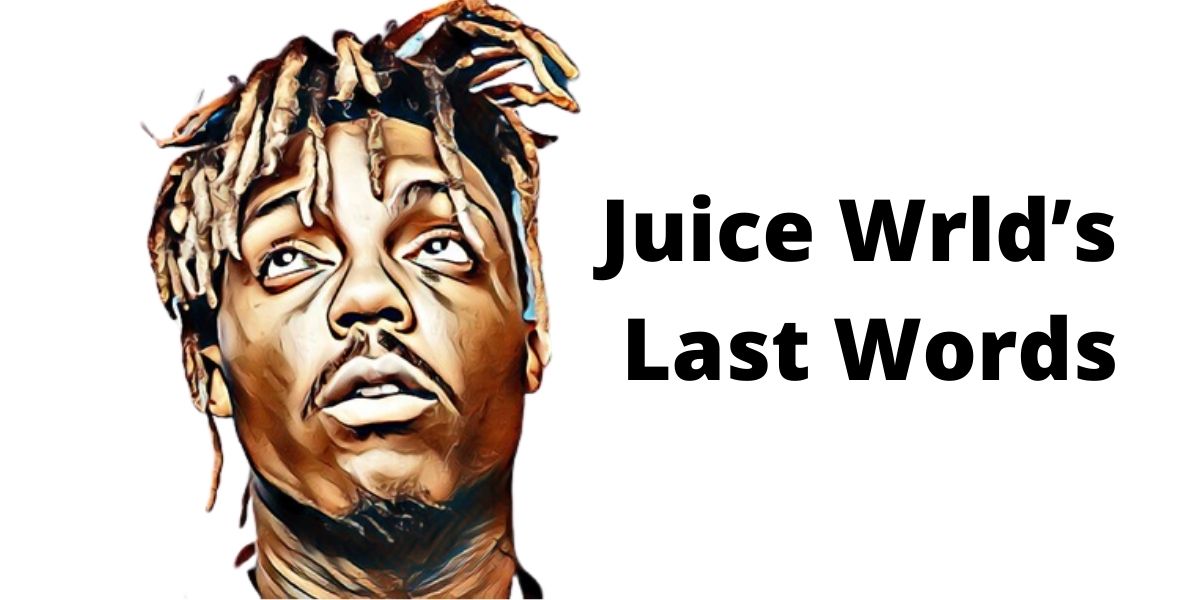 Jarad Anthony Higgins, also known as Juice Wrld, was a singer, rapper, and songwriter born in Chicago, Illinois, in 1998.

The star started as an independent musician until he received a contract to work with Grade A Productions in 2015 and Interscope Records in 2017. Juice was propelled to stardom with his 2018 single, Lucid Dreams, which reached number two on the US Billboard Hot 100. His tragic death was a big blow to his family and fans. He left behind a mother, a fiancé, friends, and disappointed fans.

There were a lot of questions concerning his death, and one of them was, what were his last words?

What were Juice Wrld’s last words?

Nine days before his demise, the star’s last words were a message to his supporters saying, “I love ya’ll more than life itself.” Even though those were not his last words, it was his final statement to his fans. The rapper’s untimely death was surrounded by controversy and mystery. There are many conspiracy theories revolving around his demise, with one of them stemming from the suspicion that he foretold his death to rumors that he was not in the plane by the time it took off.

It is safe to assume that many of his fans hold on to the theories since they are still in denial that he is gone. The star loved his fans as much as they loved him. It is not clear what he said during his last breath since the paramedics who arrived at the scene state that he was incoherent before passing away. Many still believe that he predicted his demise and left clues in his work. In his song, Legend, he states, “What’s the 27 Club? We ain’t making it past twenty-one.”

A week before the ordeal, he stated on social media, “This life is yours do tf you want do great things and change the world don’t let no one tell you SH*T.. and you’ll be bigger than “juice wrld” will ever be, and he’s going down as a legend.” The last hint is a post on Twitter he wrote when he was starting out in the industry that said, “My goal is to get overly famous, shine for a couple of years..then fake my death”.

In December 2019, a week after celebrating his 21st birthday, the star’s private jet was heading to Chicago from Miami. Law enforcement was waiting for the plane at Chicago’s Midway International Airport since they had planned a drug search. Once the plane touched down, they started ransacking the plane. It turned out that the aircraft was carrying marijuana, codeine cough syrup, bullets, three handguns, and an ammunition magazine.

As they searched the plane, his team confessed that the artists had taken many unknown pills, including Percocet pills, to ensure the search team did not find them. As a result of ingesting all the drugs, the rapper started convulsing. The response team at the scene gave him a few doses of Narcan. This drug helps counter the effects of opioid overdoses, though by the time he reached the Oak Lawn Advocate Christ Medical Centre for an emergency procedure, he was pronounced dead.

An autopsy test was done more than a month later, and the cause of death was not immediately ascertained. After more assessments were done on different body organs, the official cause of his death was revealed. He had an accidental overdose as a result of codeine and oxycodone toxicity.