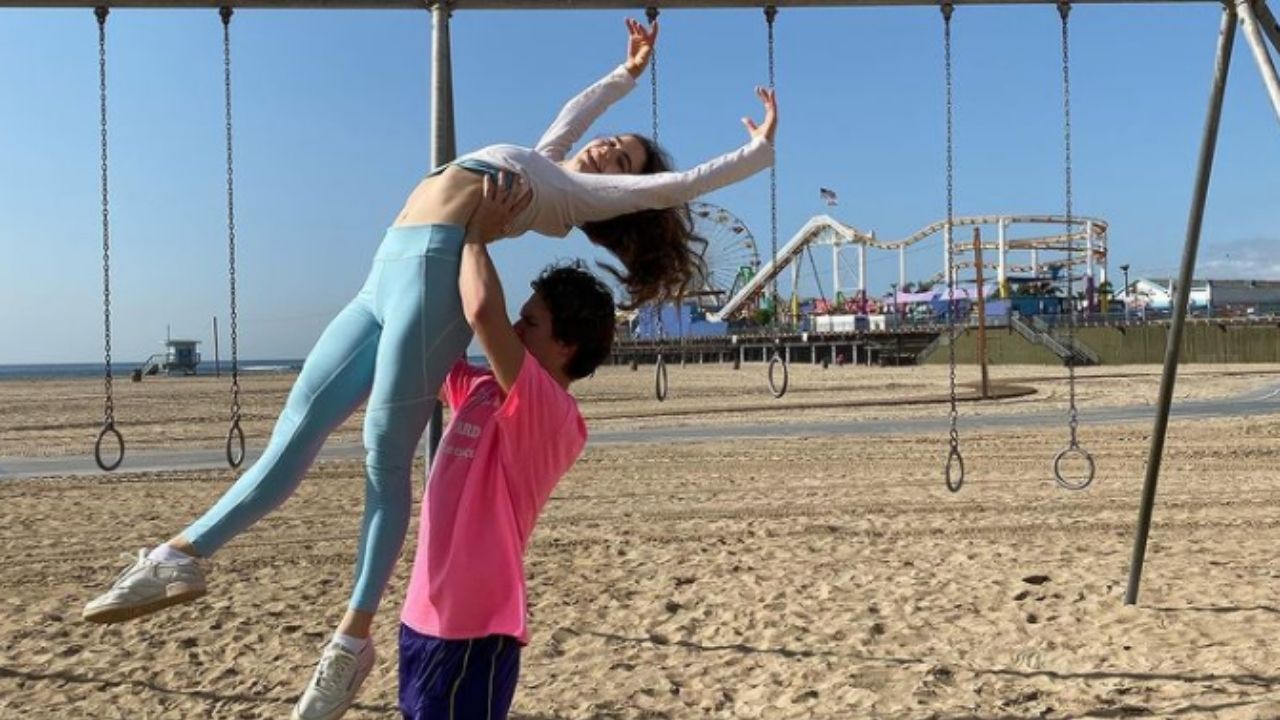 Violetta Komyshan and Ansel Elgort met when they were young and have been in an on-and-off relationship since then.

Komyshan remembered that she was with her friend, and Ansel was walking down the block.

She did not know they went to the same school and thought he was attractive.

She told her friend that he was hot, and she replied that he went to school in LaGuardia.

He waited for them after school the next day and asked her friend if she could introduce them, and Komyshan was thrilled that he liked her.

They went to Starbucks, exchanged numbers, and started their friendship.

They started dating when she was in her final year.

The two experienced their first obstacle in 2014 when the actor was added to the cast of The Fault in Our Stars.

The two tried to make it work, but filming and press releases were challenging, resulting in Ansel calling off their relationship.

The two reunited in early 2015. Ansel revealed to Details Magazine that everything seemed fine, but he felt something was missing from his life, and he knew it was love.

As Ansel’s career continued growing, Violetta became a successful dancer, which meant they had to deal with the scrutiny that came with it. In 2017, Komyshan revealed that she received insults for her clothes.

Still, she maintained her frame since in the beginning, when the actor posted her on his Instagram page, people asked who she was, but now they appreciate that the two are a couple with their positive comments.

Before the pandemic, the two were not shy to show their love for each other at events and on red carpets.

Did Rachel Zegler Come in Between Violetta Komyshan and Ansel Elgort?

Ansel was in the news in 2019 when he revealed to The Sunday Times that he wanted to find more love within the next five years.

It did not need to be sexual since he was sexually involved with his girlfriend.

He stated he wanted to feel free to fall in love with others and hoped it would be open, minus the sex.

That same year, he was in the headlines again when his co-star in West Side Story, Rachel Zegler quit Twitter since his fans accused her of coming between Komyshan and Elgort.

Zegler said the direct messages, name-calling, and being referred to a homewrecker after expressing her genuine love for her coworker were heartbreaking.

She did not want any part of it and summed up her statement by saying, “So peace for now, i guess. Be nice.”

He said that even though he was not in a position to comprehend his accuser’s feelings, she gave a wrong description of what transpired.

He said the allegations were false, and the truth was that in 2014 in New York, he had a short, legal, and consensual relationship with her.

He acknowledged he never handled the breakup well since he stopped responding to her, and he felt it was an immature and cruel thing to do.

He confessed the late apology did not free him of his unacceptable behavior, and he was disgusted and ashamed of his actions.

He said he was sorry and realized he needed to reflect, learn, and grow.

After the allegations, Violetta proceeded to delete various pictures of the actor from her social media pages, and this led to rumors they had decided to end their relationship.

The rumor continued for a long time since they were not seen together for months.

The couple later confirmed they were still together when they went to the premiere of West Side Story in November 2021.

In January 2022, Elgort sang for his girlfriend and played the piano during her birthday at The Nines in New York City.