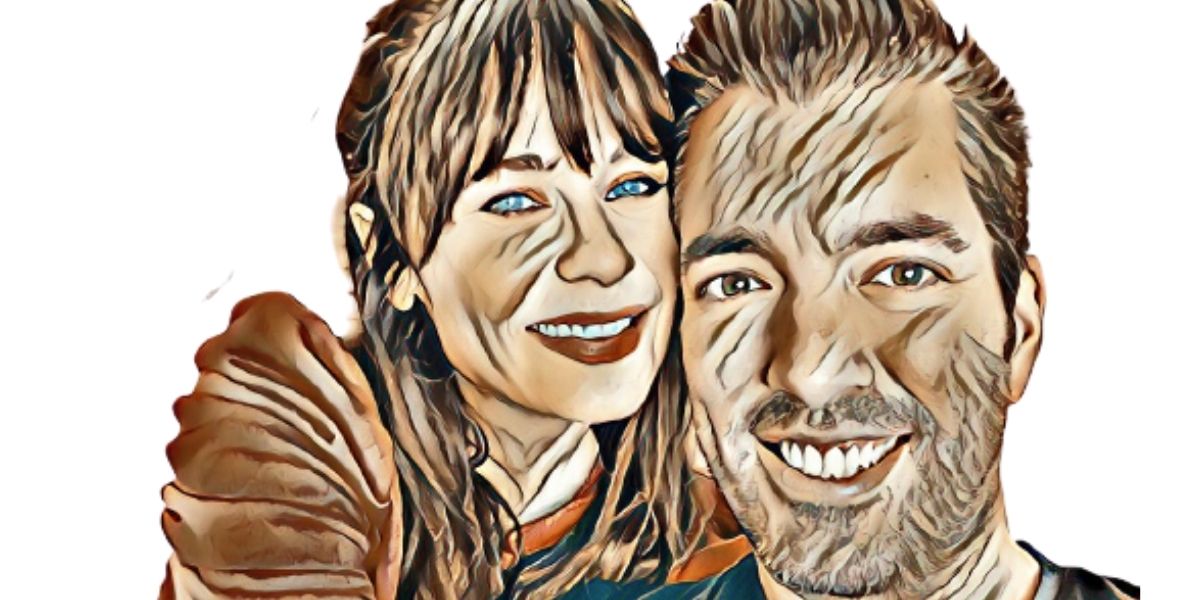 Actress Zooey Deschanel and Property Brothers star Jonathan Scott are the total model couple, and the media has been monitoring them ever since they first connected in 2019.

It is considered one of the most incredible love stories formed in 2019. The two were first linked after Deschanel separated from her then-partner, Jacob Pechenik.

Their relationship began as a musical meet and grew into lots of Instagram posts. Everybody knows the day Scott and Deschane met, August 4, 2019.

They were in the show Carpool Karaoke with their siblings Emily Deschanel and Drew Scott.

Even though they were engaged in a competition, the would-be couple were excited about the meetup, and Scott posted on Instagram saying, “Met some new humans today. We had fun. I think I’ll keep them #carpoolkaraoke,” and Scott replied by captioning the post.

On the first day, Jonathan Scott was mesmerized by Zooey Deschanel, and he was very happy to admit it.

The two would later offer intimate segments on how the love story started in an episode of At Home With Linda and Drew Scott, a podcast series hosted by the HGTV man’s twin Drew and his wife, Linda.

Drew questioned the actress, “When you first saw him on Carpool Karaoke — I want to know from your end — did you know he was flirting with you?”

This was aired in honor of their 42nd birthday. “Yes, yes,” the mother said, admitting that she may have been flirting back.

A source later informed People in 2019 that Deschanel and Scott became instant friends after appearing in the show.

They first got to know each other before going into a relationship.

The day they engaged in carpool karaoke, both had a lot of fun, which made them cultivate a friendship that began with talking. With time, there seemed a lot to it.

The source told Us Weekly that the couple created a bond because of their love for theater, music, Christmas carols, and films, leading to instant attraction.

As far as everything was concerned, the only issue was that Deschanel was still Jacob Pechenik’s wife.

Their relationship has been an open book since they started dating, posting various cute videos and photos of themselves.

Scott uploaded the first post of them being together. He is seen with her at the Universal Studios Horror Nights with his brother and wife.

Deschanel would later share a post of them attending Drew Scott’s dress-themed marriage, appearing as Catwoman and Batman.

During their one-year anniversary, Scott uploaded a video dedicated to his partner.

It said, “How time flies when you’re having the best time of your life. Who would’ve known that exactly one year ago my life would change forever. When I count my blessings, I count you twice.”

They lived together during the pandemic, assuring fans that they felt happy to be together and posting many updates.

Deschanel opened to him on a radio show about what it felt like dating him, a property guy.

She said, “He can fix anything. It’s amazing. He just gets out his tool kit and he fixes stuff. I’ll be like, ‘oh, the fridge is broken’ or, ‘the picture needs to be hung up.’ He can do everything.”

The Chemistry Within the Family

Deschanel said that she knew Scott during an interview in SiriusXM since she used to watch his shows on TV.

On loving the Property Brothers, she commented, “It always felt relaxing to me, but I never even thought like, ‘oh, I would meet Jonathan’ and that never even crossed my mind. So when we ended up doing Carpool Karaoke together and, I was like, ‘oh my gosh, he’s just the nicest person.’ Nicest, funniest, sweetest.”

It is always a lovely feeling when family members love the person you are in love with, and this is important when the family members happen to be business partners.

He stated that they usually go for double dates together with his wife and the couple.

After Deschanel found love, she turned her attention to finding companions for other famous people.

Being the host of The Celebrity Dating Game together with Michael Bolton, she has helped contestants like Iggy Azalea find a companion.