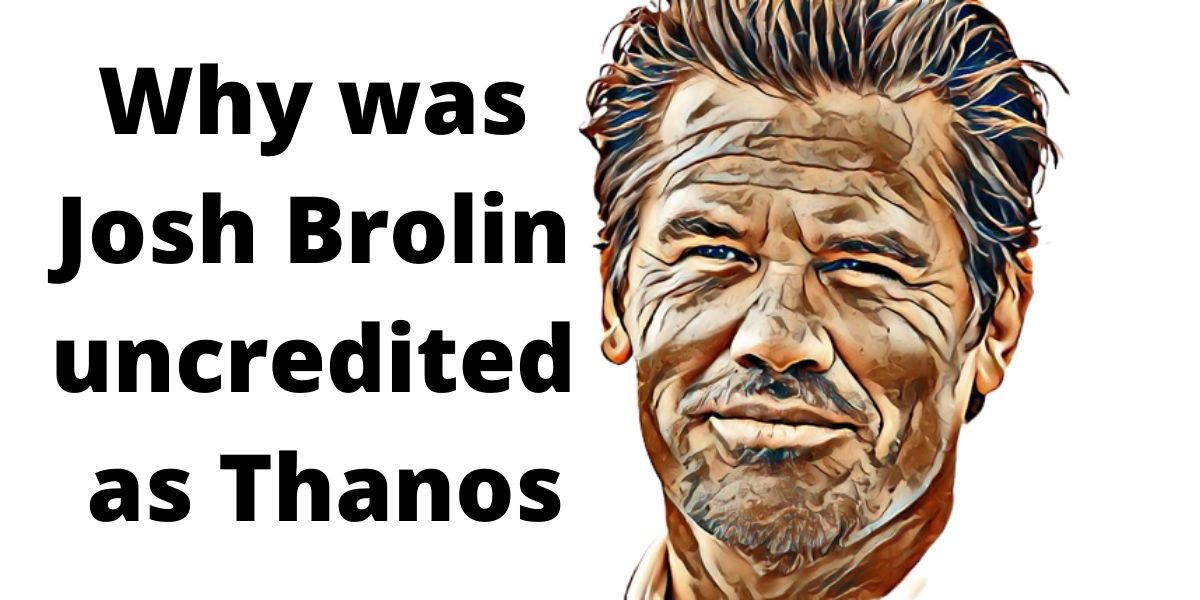 The Marvel Cinematic Universe is a strong force in the movie business, making many actors want to join their cast.

Making career choices of such magnitude can be difficult, particularly for more established names who carefully select projects.

Josh Brolin had a successful spell as Thanos even though it seemed that his role was not clearly defined in the initial Avenger movies.

In the period before the release of the movie Avengers: Endgame, Josh Brolin, who appeared as Thanos, discussed the status of his contract in relation to the movie. Marvel Studios had toyed with the character from the first Thor movie.

Thanos would later make his first on-screen appearance in The Avengers movie released in 2012. It was not until the movie, Guardians of the Galaxy that many considered glorified the villain was given a part in the film.

The public still had to wait for four more years before the character appeared in Avengers: Infinity War. Brolin was magnificent in the role, and the CG work complemented his stature, making him an instant success.

This made fans wonder why the actor was uncredited as Thanos.

“When I said yes to Avengers it was a small thing. It was basically a cameo, so there wasn’t a lot of money involved. So that wasn’t the reason,” Brolin stated. “If [the role] had been one of the Avengers…I probably wouldn’t have done it.”

Brolin was less interested in acting as one of the heroes since he had turned down various offers to act in the sequel before agreeing to act as Thanos. Acting as a villain gave him a range of creative potential. He said, “The fact that it was all of the Avengers against this one guy, I liked that aspect of it.”

The actor also stated that he preferred the creative freedom that came with the role compared to him acting as Cable in the movie Deadpool.

Despite the special effects applied in making Thanos, the actor created a certain perspective on the villain. Some even compared him to Marlo Brando when he appeared as Colonel Kurtz in the movie Apocalypse Now.

While giving a brief on his experience acting Thanos, he stated, “Suddenly, I’d have all this stuff on me, before we started shooting, dots and all that. I’d put my elbow on my knee and my hand up there and I’d scratch, and then they’d have the crude rendition of it.

So, the more I watched that the more I realized, ‘Oh this is like a real guy. This is not a big purple guy, this is a guy with insides and cells and feelings.’ Then it became fun.”

Seems MCU Never Had a Long-Term Plan For Thanos

Brolin’s statement indicates that there was no initial plan to have the character take on a long-term role in the movie, and Marvel studios seemed unsure whether Thanos would be included from the start.

By including him in his first appearance in the Guardians of the Galaxy, Marvel was probably experimenting on a second project in case the Infinity War project collapsed.

During the Avengers: Endgame Hollywood Premiere, the actor was asked the number of MCU movies his contract covers. Initially, he was playful with the responses but eventually stated that he was being paid per film, meaning that after Avenger: Endgame his fate would be discussed afresh.

“10. For the next 10 years, doing one a year. Kevin Feige, by the way, you hear that? No, I’m good. I’m on a one movie to one movie basis so we’ll see what happens after this movie,” he said. Though the actor seemed eager to continuously play the role due to how satisfying he felt when portraying the character.