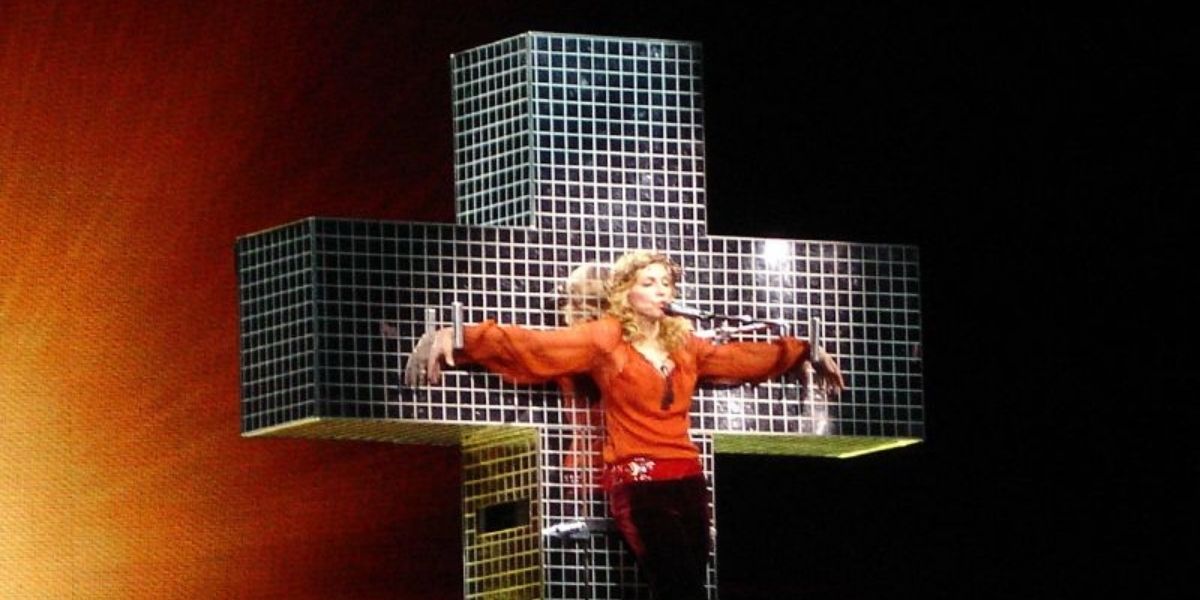 Although many artists in the pop industry are trying to match Madonna, she is still the Queen of Pop. She is an influential figure with outrageous antics on stage and reigns in pop culture for thirty-plus years.

With her continuous reinventions and versatility, she has solely crafted a template for the modern pop diva. Unlike many artists, Madonna uses her real name on stage. However, what does her stage name Madonna mean, and why is she called Madonna?

The pop legend Madonna Louise Veronica was born on 16th August 1958. She was born to her parents Madonna Fortin and Tony Ciccone.

Growing up, Madonna explains that their house was full of nuns and priests because her parents strictly observed the catholic faith.

Madonna was always an A student disciplined dancer and cheerleader who graduated a semester earlier than her peers in her high school education.  In 1976, she got a full scholarship from the University of Michigan for a dance program.

RECOMMENDED: Stelle Ciccone: The Life and Bio of Madonna’s Daughter

Why is Madonna called Madonna?

The pop legend usually uses her real name Madonna as her stage name. She is named after her mother, Madonna, who succumbed to breast cancer while she was only five years old.

Due to Madonna’s strong catholic background, one could say that she is named after Mary, the mother of Jesus. Madonna is often used to refer to the Virgin Mary and icons of Mary for catholic believers.

In addition, the name Madonna can be used to refer to an idealized virtuous and beautiful woman.

However, she took another name during her confirmation as a Catholic believer. That is Veronica.