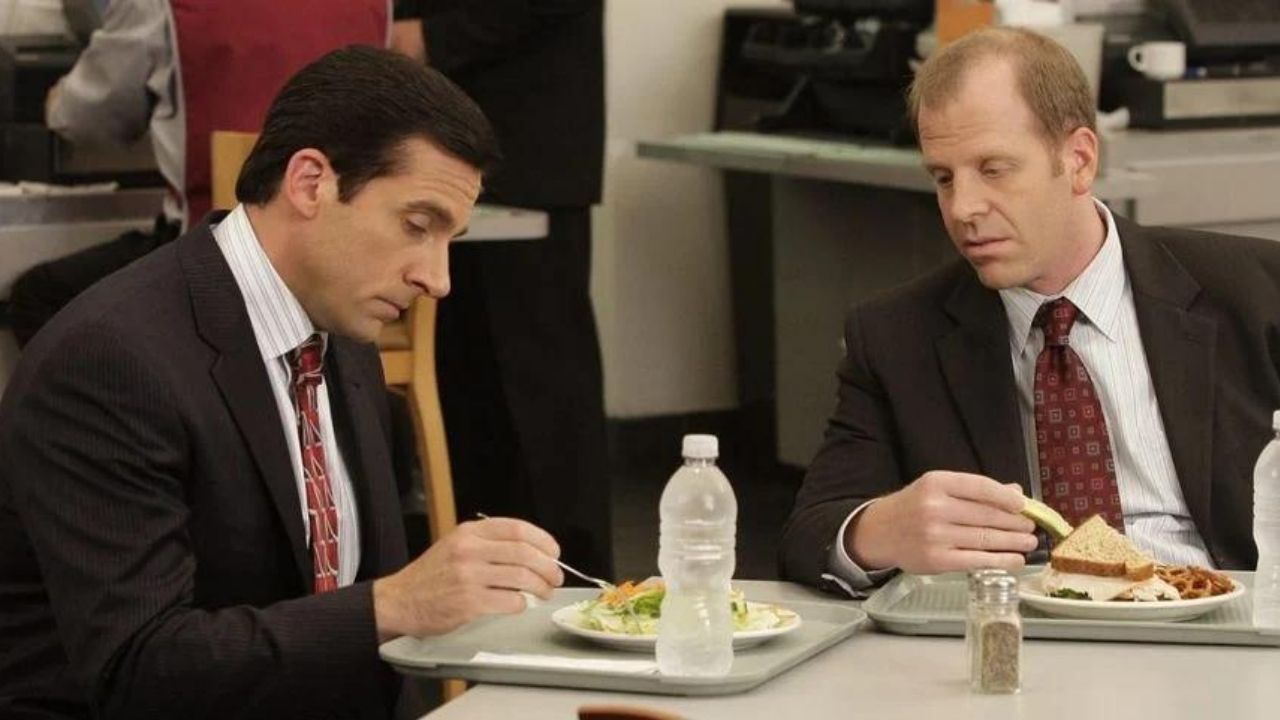 The office, which turned out to be among the best and most loved TV comedy series of all time, had plenty of exciting running jokes throughout its reign.

But one of them stood out from the rest. It’s the explosive and hateful relationship between Dunder Mifflin regional manager, Michael Scott, and Toby Flenderson, The Office’s human resource representative.

Throughout the series, Michael expresses his hatred towards Toby. He even yells at him during meetings and tries to frame him to get fired. But why does Michael hate Toby?

From the beginning of the show, Toby appears to be a decent, quiet, and friendly guy. Probably the nicest person at Dunder Mifflin. But Michael hates him! And here is the reason why?

“NO, GOD! No, god, please! No! NO! NO! NOOOOOO!,” The Office fans remember this classic line from the series when Michael Scott once again came face to face with his enemy, Toby Flanderson.

Toby had just returned from a failed move to Costa Rica and was resuming his role as Human Resource representative for the Dunder Mifflin. Michael was shocked after realizing that Toby is back.

Micahel then plotted a scheme to get Toby fired and get rid of him entirely from The Office. In the episode, entitled, Frame Toby, we can clearly see how deep his anger and hatred towards Toby is.

He tried to go to the extremes to defeat his enemy. He hid “drugs” in Toby’s desk to frame him. But fortunately, Michael doesn’t know the difference between marijuana and Caprese salad.

Michael has never said why he hates Toby, but we can delve into the matter and find out why.

We don’t know much about Michael’s background and early life. But we know that he comes from a broken family.

His parents divorced when he was young. Michael still seems to face the feelings of abandonment and anger, which he clearly channels towards Toby.

Toby is a divorced father. To Michael, he sees Toby as his father and believes that he is not taking care of his daughter just like his father who did not take care of him after divorcing his mother.

Michael believes that Toby cannot be anything better than his father when it comes to parenting. So the hatred he has towards Toby is because Toby reminds him of his own father.

Taking this further, we can say that Michael hates Toby even more because Toby is trying to be a good father even after divorcing his wife. It seems like Michael lives with a thought that after divorce, you can no longer contribute to your child’s growth, then he gets upset when he realizes that Toby is actually taking care of his daughter. This makes him believe that his father just abandoned him.

This could also drive the thought that he was the reason why his father left and never wanted to associate himself with Michael.

How Much Did Ricky Gervais Sell The Office for?

You may wonder how Toby managed to deal with Michael’s unending hatred of Toby. But Paul Lieberstein (Toby), shared his views on Michael and they were quite different. He said he always felt different acting as Toby.

To him, it felt like he was the parent of a three-year-old in Michael, who’s having tantrums. Although it impacts his days in the series, he says you can’t get annoyed at your three-year-old son. So what’s left is just to internalize it.

Clearly, Toby was just Michael’s punching bag. Without the two in the series, The Office wouldn’t have been the same.