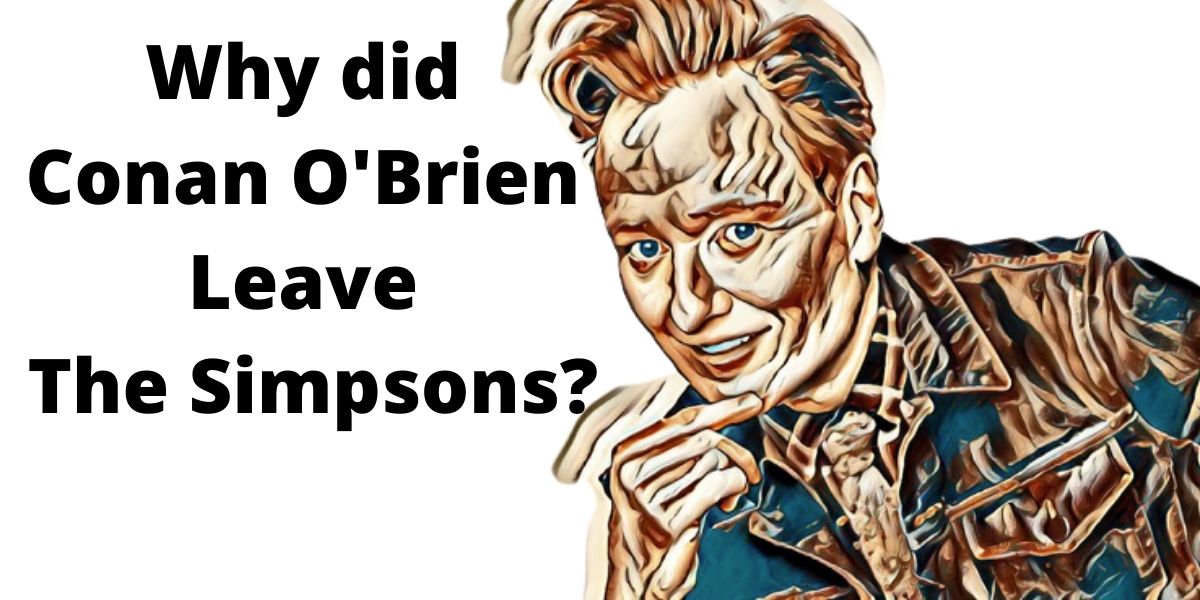 During a speech he presented at Harvard University in 2000, he said The Simpsons saved him from a career decline he was going through before getting the job.

He wrote various episodes in The Simpsons and the wraparounds used in Treehouseofhorro IV. He created Captain Horatio McCallister and Patty Bouvier’s iguana Jub-Jub.

Many people wonder why he left The Simpsons.

Why O’Brien Left The Simpsons

O’Brien was chosen to replace David Letterman on Late Night in April 1993.

The new host’s debut performance on the now Late Night with Conan O’Brien in Rockefeller Plaza was in September 1993.

The initial reviews were discouraging, which was attributed to a self-deprecating column the new host wrote in The New York Times on the day of the show’s premiere.

The column was titled O’Brien Flops! Many felt he was nervous and fidgety in front of the camera, while others thought he was too intelligent and young to host the show successfully.

This made it under constant risk of cancellation, and it reached a point NBC’s executives wanted to replace him with Greg Kinnear.

The banter that initially existed between Richter and O’Brien improved.

The show’s turning point was in February 1994 when David Letterman appeared.

O’Brien stated it was a morale booster since if the original creator noted the show was smart and funny, it meant they were doing the right thing.

The show experienced uncertainty in January 1995 when the lead writer, Robert Smigel, left his position.

It took time before the show’s quality improved, but it did due to O’Brien’s comedic performances.

Within a year, the show incorporated comedy. It combined elegance with wacky traits.

Apart from the studio sketches, it featured sections in the field known as remotes.

One famous remote was when O’Brien went to a Civil War-era baseball league.

Conan stated that it was one of his personal favorites.

He also said that they should show the remote at his funeral since it described him well.

The show’s audience, mainly comprised of young males, gradually increased, thus making it one of the best talk shows in the country.

It maintained high ratings for 15 seasons.

When the internet grew in popularity, many launched websites and compiled summaries of different shows.

From 1996, O’Brien and his team received yearly nominations at the Emmy Awards for Best Writing in a Comedy or Variety Series though they won it in 2007.

It comprised a compilation of previous videos and included a surprise appearance by Andy Richter.

Conan ended the episode by taking an axe, destroying the set, and handing the pieces to the audience afterward.

He thanked a list of those who helped him reach the milestone.