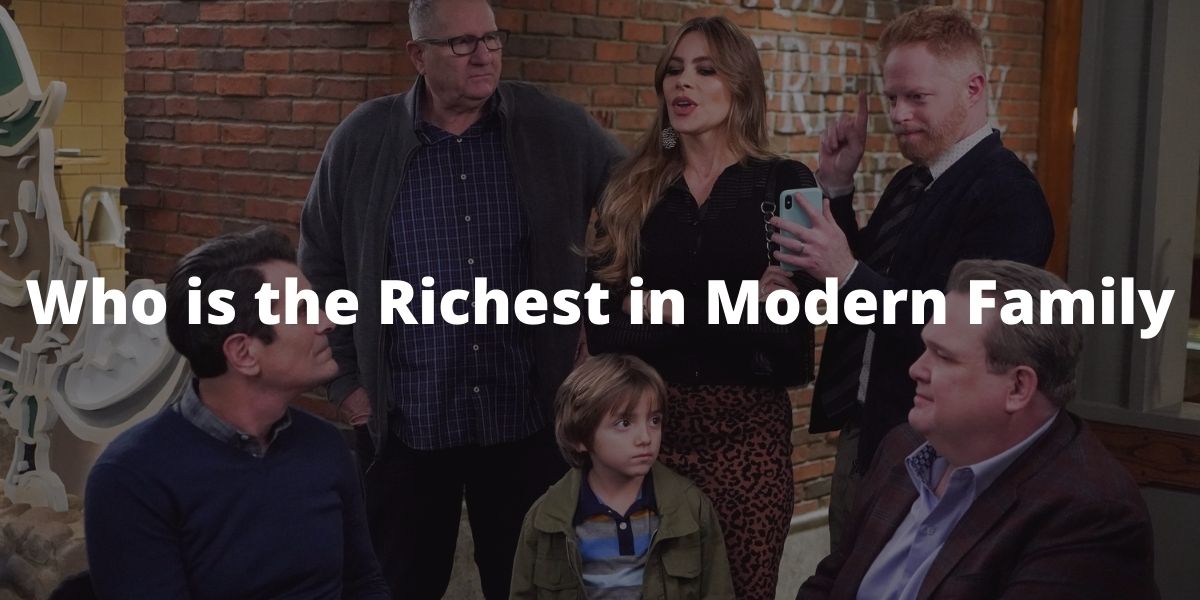 Since ABC sitcom Modern Family graced the screens in 2009, it has become a television phenomenon.

Its witty plot, relatable characters, and storyline earned it a permanent spot in people’s hearts and the history books.

Modern Family is not only ABC’s longest-running show but also one of the most lucrative. When it was in its 3rd season, it ranked among the top ten biggest money-making projects in 2012. At this time, the show racked in a whopping $2.13 million per episode.

Modern Family’s financial success translated into hefty paychecks for the cast. The checks got fatter following the call to action strike that demanded pay rises in 2012.

The children in the show also got in on the action and demanded pay rises in 2017. They managed pretty sweet deals with ABC that saw their salaries skyrocket to $100,000 per episode the next year.

So who is the richest in Modern Family? Let’s find out below!

ABC finally drew the curtains on the show when it hit season 11. But with these salaries, it is unlikely that the cast will have any difficulties paying bills.

Below are some famous cast members in the show and their net worths.

The actor appeared in 282 episodes of Modern Family between 2009 and 2019. He played Cameron Tucker, a character he shares several similarities with.

Both are country boys from Kansas and are obsessed with clowns.

In the early 2000’s Stonestreet was honing his acting portfolio with appearances in famous shows such as CSI: Crime Scene Investigation, ER, NCIS, and Bones.

His big breakthrough came in 2009 when he was cast to play Cameron Tucker in Modern Family.

Currently, Hollywood’s doors are open to him, owing to his incredible performance over Modern Family’s 11 seasons.

He also has Modern Family to thank for the coll $500 million he pocketed per episode from 2018.

Currently, Eric Stonestreet has a net worth of $23 million.

Ty Byrell is also another commonplace name in Modern Family.

The two-time Emmy Award winner isn’t short of some dollar, thanks to the hefty $500,000 he pocketed per episode from the show.

However, the actor hasn’t earned all his cheddar from Modern Family only. Before he began playing Phil Dunphy on the show, Ty was cast in some respectable acting jobs with Dawn of the Dead, Black Hawk Down, and The Incredible Hulk.

These roles have surely contributed to his current net worth of $26 million, but he got the most from Modern Family. Byrell also appeared in 282 episodes from 2009 to 2019.

His status in the industry mandated a befitting salary, and he earned about $95,000 per episode for the show’s first season. Ed also enjoyed a back-end stake in Modern Family.

The strike by members for increased pay in 2012 forced O’Neal to take a pay cut to reflect the rest of the cast.

O’Neal agreed but still held onto a larger share of the back-end profits. The setback in 2012 didn’t affect Ed that much, as he continued earning much more with each season.

Who is the Richest in Modern Family

The richest actor in Modern Family is Sofia Vergara, with a net worth of approximately $160 million.

She plays Gloria Delgado-Pritchard in the show and has appeared for 282 episodes from 2009 to 2019.

The Colombian bombshell has proven that she is gold in the industry, with her list of TV and film credits getting longer by the day.

It is safe to say that Vergara’s star in TV and film is firmly ascending.

Her household name status came up long before she came to Modern Family in her homeland.

Back then, she played hosting duties on shows such as A que no te atreves and Fuera de serie.