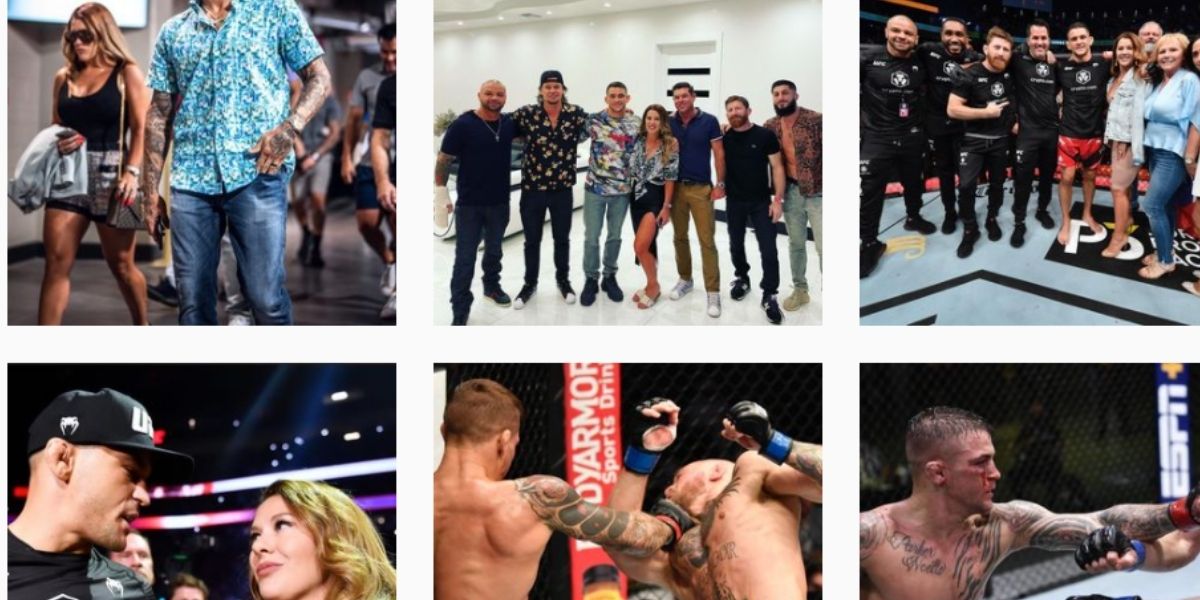 Jolie Poirier has been the support that the number one lightweight contender Dustin Poirier has had for over 12 years now.

The couple will celebrate their 12th wedding anniversary come September 4. Many people have been looking for information about Dustin’s wife after Conor McGregor took an aim at her after their recent fight in which Conor broke his ankle and the fight had to stop.

Conor had dragged Dustin’s wife in the Twitter drama before the fight and even said Jolie keeps sending her DMs on Twitter.

Who Is Jolie Poirier?

Jolie Poirier was born on March 4, 1989 to Carl LeBlanc and Teri. She has two siblings, Jandy and Javen. She is a native of Lafayette, just like her husband Dustin Poirier.

The couple first met when they were just teenagers, dated for 14 years, before they tied the knot in September 2009. They dated for over six years before welcoming their first child in 2016.

Jolie has always accompanied her husband to his matches, showing support and cheering him. She often shares pictures of her with Dustin before and after the match with their daughter on her social media handles.

Jolie often captions “love of my life” and “forever grateful” on her posts, letting her fans and followers experience her side of life.

What does Jolie Poirier do for a living?

Jolie works with the charity organization known as The Good Fight Foundation, where she is the co-founder and director. It was established by the couples to support underserved communities in Louisiana, which is also their hometown.

The Good Fight Foundation is now an international charity organization supporting charity work around the globe.

The drama unfolded even before Conor McGregor and Dustin Poirier met in their recent fight.

Conor teased a screenshot that he claimed was a message he had received from Jolie. Following this, during the press conference, Conor told Dustin that “your wife is your husband.” Conor later posted a picture of him and his wife, captioning, “me and the hubby walking into the press conference.”

The drama didn’t stop here. Dustin later commented on Conor’s photo, writing, “ your trash talk is as thin as your hair these days! See you soon champ champ.”

Conor did not hold back. He responded, writing, “your wife wants to see the hair around my d**k and b**s bro. See what that’s like. It’s really the message request mate, no trash talk. Man to man. It’s fu**d up! I have seen your interview with Mike. You think it was fake. It’s not. Have a think on it in the sauna anyway.”

Dustin did not respond to the message and instead took the issue personally to the ring. Dustin defeated Conor McGregor with a Trilogy Knockout by a doctor’s stoppage after Conor broke his ankle. The fight that took place on July 10th saw Poirier topping the face-off that was hyped by a lot of trash-talking, days before the match.

“This is not over! If I have to take this outside with him, I’ll go outside,” McGregor said after the match.

After the match ended, Poirier said he’d wished for a stoppage by strikes, but “a win is a win.”

The two have been long-time rivals since 2014 when McGregor defeated Poirier at UFC 178 with the first-round knockout. However, in January, Poirier revenged at UFC 257 with the second-round finish.