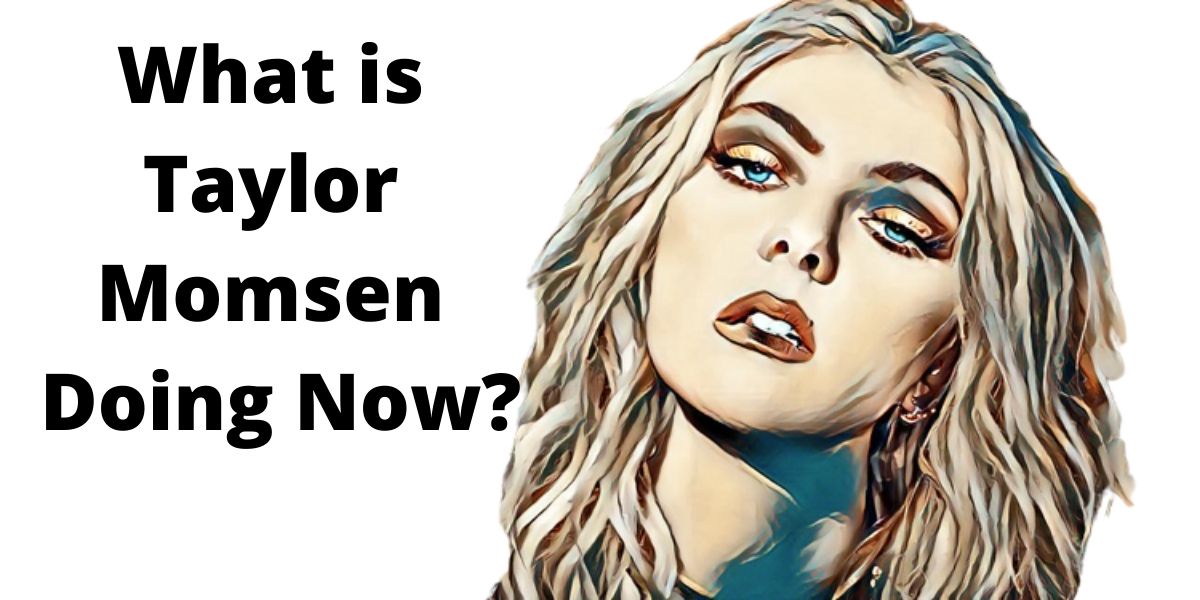 Many may have known her for her role as Jenny Humphrey in the series Gossip Girl, but since she appeared on the hit show, Taylor Momsen went out to determine her career the way she pleased.

When she was a child actress, she featured in films like Spy Kids 2: The Island of Lost Dreams and How the Grinch Stole Christmas.

She left Gossip Girl and became a leading performer in The Pretty Reckless’s rock band.

She started building her career as a musician instead of focusing on acting.

After the release of various albums, The Pretty Reckless dimmed their lights for many years leaving many to wonder what had happened to them.

There are also rumors that a reboot of the series Gossip Girl may return, and fans are curious if the actress may reappear as a grown-up version of Jenny Humphrey.

Will the actress make a comeback to acting? What about her music band? Let us look at what the star has been up to lately.

Unlike many celebrities, the star does not reside in Los Angeles or New York.

After her performance in Gossip Girl concluded, she left New York and went to stay in a remote location to allow her to concentrate on her art.

She said, “It takes isolation and solitude for us to write.” She discussed her songwriting methods with band member and guitarist Ben Phillips during an interview with Cosmopolitan.

Her home in Maine gives her the perfect environment to think when she is creating new music.

She joked that her house resembles the “Horrorville, Stephen King-style” and admitted it is “as far away from people as possible.”

All the band members reside in New England; thus, they gather at her house to prepare when they need to come together.

She prefers living away from the action, and she is happy about that.

She Prefers a Quiet Life

There was a time the star would constantly appear in the news and gossip segments, but nowadays, she prefers staying away from the fame.

She does not seek to have her personal life scrutinized in the spotlight despite having a passion for her profession as a musician.

She revealed to People, “Once there was paparazzi outside my door, I quickly learned to ignore all of it. Fame is a fleeting thing, just something that you have to deal with. It’s not real.”

She may not receive the media attention compared to her days acting in Gossip Girl, but she is happier with her progress in music, and it seems worth it.

Even though she is on social media, she tries to limit her time on the internet.

She considers the internet very toxic, and even when she has time to relax, she chooses to avoid it.

The Band, The Pretty Reckless, Released an Album in 2021

After staying out of the limelight for some time, The Pretty Reckless released their fourth album in 2021.

The album was titled Death by Rock and Roll, and Momsen revealed that despite the title name sounding morbid, the songs summarize their philosophy in life, the one adopted by Khandwala; everyone should live on their terms.

It topped the charts on the week it was released.

The loss of Khandwala made it take longer than usual for the band to come together and decide if they were to produce the album without him and who would replace him.

The recent pandemic also made the band change the release date. Momsen revealed to The Daily Beast, “We finished the album right before COVID, and due to the insane world circumstances, we pushed it a little bit.”

During an interview, Momsen discussed her career and her feelings regarding her music and acting.

She said, “Acting was a job that I enjoyed. But I was never in love with it.

With music, I wouldn’t know who I am without it.

When I got to an age where I could make my own decisions, I quit all my other jobs to focus on music.”