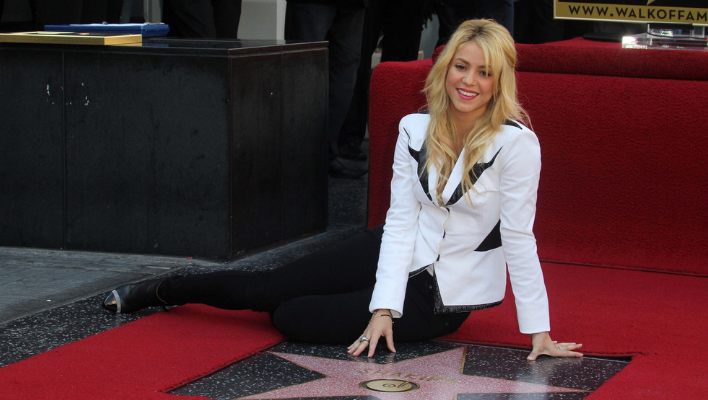 Isn’t she just perfect in everything she does? Shakira is indeed a genius with an impressive Intelligence Quotient and good in all she does. Surprisingly, the star speaks five languages and has been working all around the globe!

Shakira is a successful Colombian Pop singer and a dancer well known for hits like “Waka Waka” and “Hips Don’t Lie.” She’s the highest Colombian artist with more than 70 million albums sold worldwide with various awards in grammy, Latin Grammy, and American awards.

There has been much controversial talk about Shakira’s IQ; however, her accurate IQ is 140. For comparison, Albert Einstein had an IQ of 160.

The Huffington Post published an article in 2013, stating Shakira’s IQ to be 140. The source of information was said to be Mensa International, which is the worldwide high IQ society.

This list from Mensa included other celebrities like Madonna, who is said to have a 140 IQ, Tarantino with 160, and James Woods with a highly impressive 180 IQ.

However, there are no factual claims for these results whatsoever. It doesn’t mean that the celebrities do not match the IQ stated but claims that Mensa tested them were wrong.

Mensa released a group statement saying they didn’t release any of the list members but were investigating for the source of the claim.

As a result of the controversies, people would believe that the celebrities on the list, including Shakira, are not intelligent.

However, based on how Shakira conducts herself, it is not the case for her.

This demonstrates her linguistic abilities, which is till now evident in her numerous interviews and TV appearances.

During her time on “The Voice US,” Shakira’s viewers heard her using extensive English Vocabulary. She also explains her songwriting, which was due to the English Poetries she read, Walt Whitman’s poems.

The time spent reading great poet work has left her with a strong English Vocabulary compared to other English native speakers.

Shakira is also a keen historian. She attended a one-month-long course about ancient western civilizations in 2007, although she dressed down to remain inconspicuous.

Although she had not registered for the course, the course leader admitted to having been impressed by his intelligence.

In 2020 during the Covid 19 lockdown, Shakira enrolled in a distance learning program to study Plato and his predecessors with the University of Pennsylvania.

She completed the course and shared a selfie where she was proudly holding her certificate.

Regardless of the IQ scores, the Superstar is just highly intelligent.

Interesting Facts about the Superstar

Shakira was chosen to represent Columbia at the Festival Vina del Mar in her teen years, and she managed the third position.

She sang “Eres,” her song, and at only 13, she had already recorded her first album, “Laundry Service” She has won over 400 awards.

Shakira and Gerard Pique, her partner, share a birthday. Gerard is her junior with ten years.

Besides, she likes to play golf, tennis, and basketball, forgetting the three dogs; Coquito, Chan, and Gordita.

Shakira is not a big fan of chocolate, candy, jewelry and is not keen on drinking alcohol or smoking.