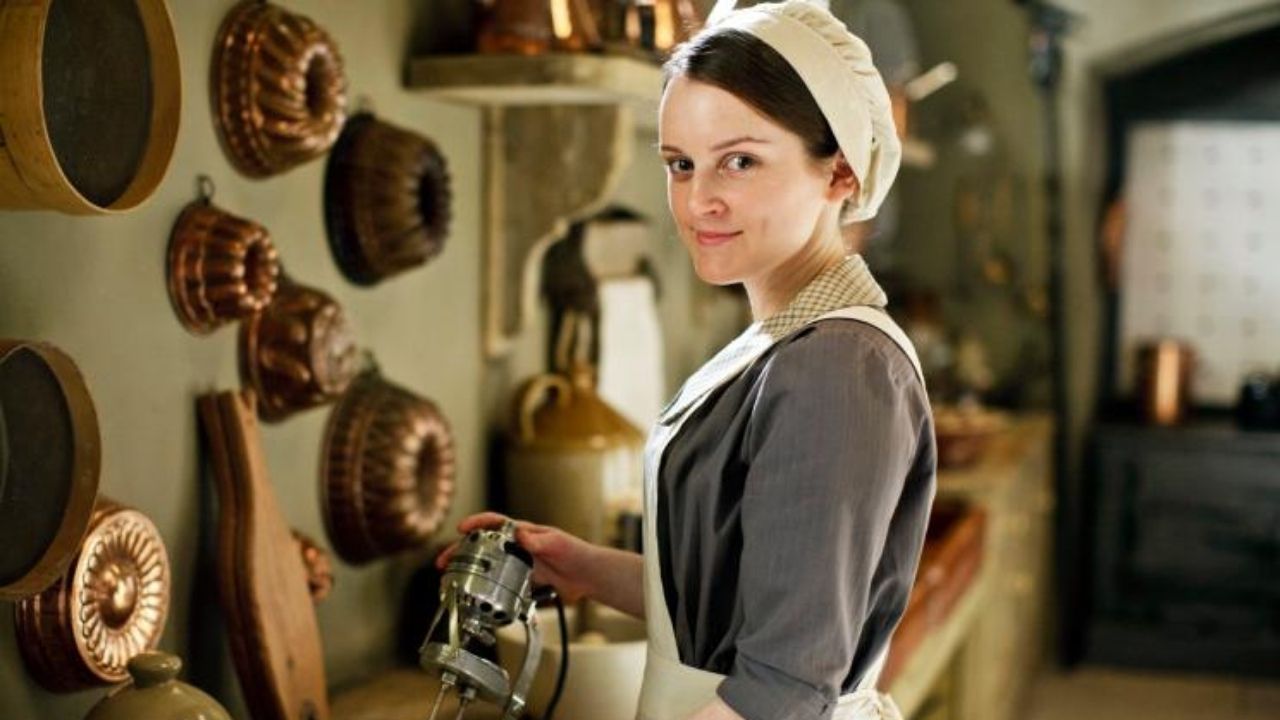 The servants in Downton got a real treat when the filmed crew appeared on the estate to start the movie production.

The movie was released in cinemas on April 25, 2022, and the cast was in London’s Leicester Square for its debut, and fans got their opinions on the movie.

Sophie McShera Revealed The Cast Was Excited About Downton Abbey: A New Era

Sophie McShera revealed she was excited to appear in the movie and was thrilled that they were recalled to reprise their roles.

She revealed the cast was happy and felt like children.

She admitted they love each other, and even though she acknowledged it might sound embarrassing, she reiterated they were overjoyed.

While on the red carpet, the actress who acts as a former kitchen maid and assistant cook Daisy Mason revealed that they had known each other for more than a decade and their relationship was beautiful.

They went on a two-year hiatus after the series ended and appreciated that they were coming together to work on another project.

She revealed they all had roles on and off-screen and gave an example of Jim, who was considered the father in the group.

She compared the cast to a family.

When talking about the movie, she revealed that it was a good movie and there was something and someone for everyone to watch.

She was also asked whether she thought Dowton Abbey would continue for a long time, and she said if fans wanted to see more and the director had additional ideas, then she would not mind acting in Downton Abbey for long.

She admitted she loved her character and enjoyed working alongside her costars.

Michael C. Fox and Sophie McShera Talked About Their Roles

Recently, Michael C. Fox and Sophie McShera talked about their roles as Andy Parker and Daisy in the new release after their characters got married off-screen.

In an interview with RadioTimes.com, the actress talked about their character’s supposed wedding, where she revealed they came up with the idea off-screen.

Her costar stated that their on-screen relationship was lively and compared it to a fiddle player.

In the movie, the two stars deal with staying on a farm together with Daisy’s previous father-in-law, Mr. Mason, which affects their marriage.

She also talked about her excitement when the film crew showed up at Downton.

About their characters’ marriage and future, the actress revealed she did not know what would happen in the future and confirmed her excitement at seeing them away from the house into a more personal environment.

Fox talked about how relaxed the characters seemed in the movie since fans were used to seeing them working all the time in the series.

Fox liked the idea of sitting on the sofa and relaxing.

McShera added that the characters seemed content and pointed out Daisy’s unpredictability in the movie since she was relaxed despite fans getting used to her always working.

Fox stated that Fellowes did not like when characters were happy for long, and even though they seemed content and happy in the movie, they felt he would do something in the future to change that.

Sophie McShera Talked About the Future of Downton Abbey

For the movie, McShera felt that Daisy would not have a wandering eye since she always admired different people in the series, though she expected her to fancy someone in the movie.

The two also talked about the franchise’s future after the movie, providing insight into what they would like to see in the future.

McShera said when she saw the movie start, she felt the directors needed to find a way of surviving since the projects would need to be changed from the original ideas to ensure they continued.

She said this would be fascinating to watch the transition since the directors would have to be pragmatic while figuring out ways to ensure it had an interesting storyline in the future.