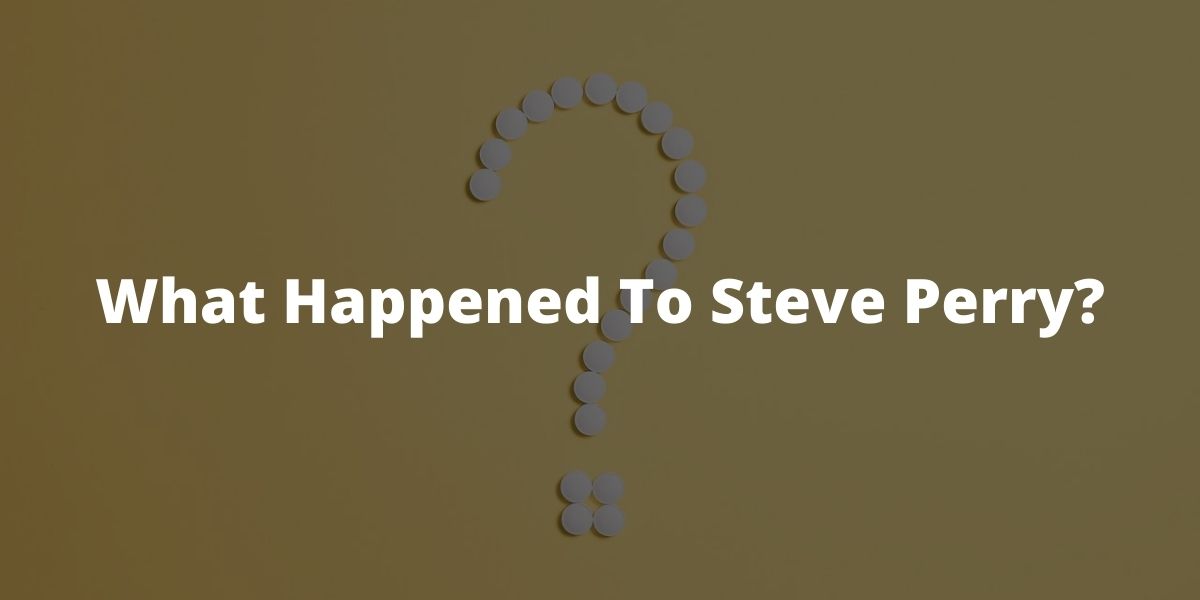 It’s been a long time since we’ve heard from Steve Perry. The singer and songwriter was the man behind Journey’s biggest hits, including “Faithfully, “Open Arms,” and “Don’t Stop Believin’.”

Steve Perry was born in 1947. He grew up singing doo-wop music with his friends, but he didn’t start getting serious about a career as a singer until 1970.

That’s when Bruce Johnson invited him to join the band The Gents. The band would later become Journey after they signed with Columbia Records in 1973.

Perry sang on the band’s eponymous debut album, but he didn’t stay with them for long. He quit because of his low salary and was replaced by Robert Fleischman.

Perry struggled to find singers who would hire him after that. So in 1974 he started working as a solo act at local San Francisco clubs. He worked with The Matrix and Sibelius while still living with his parents.

Eventually, Journey came calling again when Perry got an offer from Steve Smith to rejoin their lineup in 1976. That same year they released Infinity. It only sold about 500 copies, but it drew the attention of Columbia Records.

After a year-long tour for their new album (which they recorded without founding guitarist Neal Schon), Perry announced he would leave again to focus on his solo career while still remaining under contract with Journey until 1985.

He released his self-titled debut in 1984. It only had one single (“Oh Sherrie”). His follow-up For the Love of Strange Medicine flopped as well, and Perry abandoned his solo career to rejoin Journey.  They worked together in their Raised on Radio album.

After that came Trial by Fire in 1996, but he left the band again due to creative differences. This time, it was because guitarist Neal Schon wanted a more heavy metal sound.

After filing a lawsuit against Jonathon Cain and Neal Schon, Steve stayed away from music until 2007. He decided to join fellow original members Gregg Rolie and Ross Valory for three songs during an encore at one of their live shows.

When they offered him a lead singer after Kevin Cronin left the band later that year he declined. Instead, he began writing new material with them (he co-wrote “Faith in the Heartland” for their 2011 album Eclipse).

What Happened To Steve Perry?

The revered singer walked away from Journey due to creative differences. For the third and final stroke, the singer decided that he could no longer work with the band.

Initially, he had sought to leave due to a degenerative bone condition that needed hip replacement surgery. As the singer was reluctant to take the surgery, he suggested that the band members postpone the tour.

Naturally, this led to wrangles within the band. Most of the members did not want to pass up the opportunity the tour brought. Since then, Perry entered into isolation, away from the world. He didn’t attempt to step into the world again. He kept to himself, and people wondered where he had gone or what had happened to him.

There are rumors about him reuniting with Journey every once in a while, but nothing has ever come of it. He lives exclusively on his ranch outside San Diego. He doesn’t give interviews and only releases sporadic updates via Twitter (his last one was over three years ago when he wished everyone a happy new year)

There’s no denying that fans would love to see him back on stage again, but for now, we’ll have to keep wishing. After all, there aren’t many Steve Perry’s left to entertain us with sweet, melodious musical stylings.