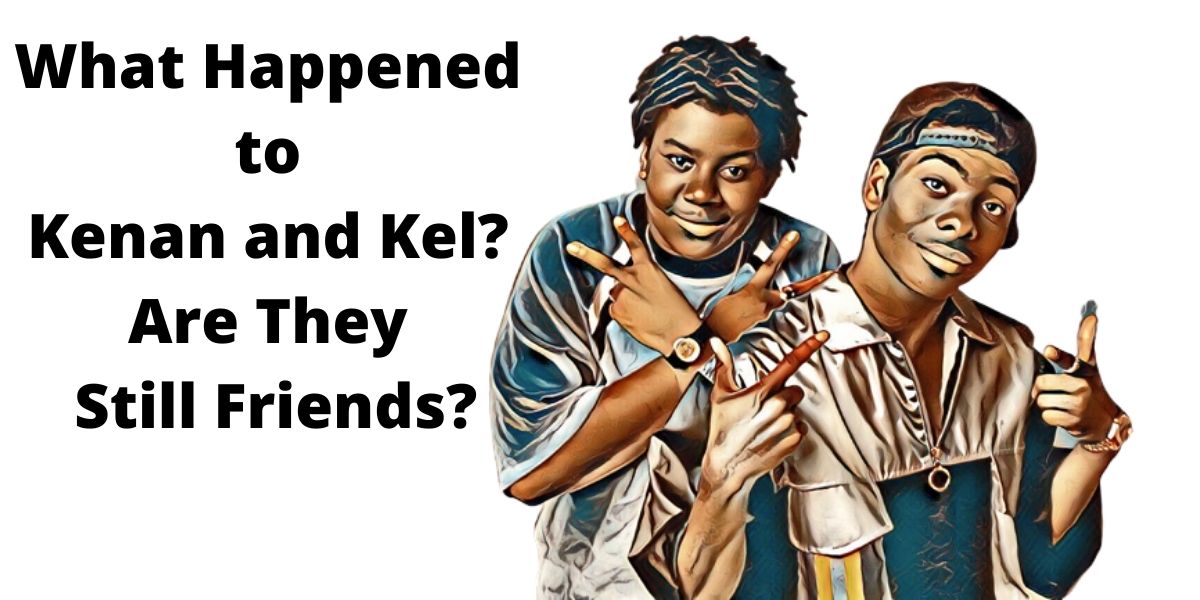 Some may be shocked to know that the show had been airing for more than two decades.

The comedy, which had Kenan Thompson and his screen best friend, Kel Mitchell, debuted in 1996.

The comedy team appeared in various movies and shows from 1990 to the early 2000s, when the show ended.

Saying that they were one of the funniest duos to rock the 90s is an understatement.

Many have always wondered what the two are currently up to and whether they are still friends.

Are They Still Friends?

Their friendship seemed to be fading once they stopped acting together. During an interview in 2012, Kel stated, “Kenan did not want to be seen with me in any form of media, or even have my name discussed around him.

I have not been upset by this. I applaud his decision to go it alone and build a name for himself.”

After a few years on their own, the two came together in 2015 on The Tonight Show, and they did the Good Burger Performances.

When Kel spoke about the moment two years later during an interview with HuffPost, it seemed that the negative energy that was once between them had disappeared.

Kel said it was an emotional moment for him, whereas Kenan revealed,  “It was strange to see him because I hadn’t seen him in ten years,” but that reunion felt like “familiar shoes.”

He appeared in his first cinema in 2003 with the movie, My Boss’s Daughter, and in 2011 he performed in The Smurfs ad Greedy Smurf’s voice.

When it comes to his private life, the actor is happily married to Christina Evangelina.

They have been together since 2011 and are parents to two children.

His most recent appearances include The Grinch in 2018 and Wonder Park and Playmobil: The Movie.

Many know him for his roles in Hubie Halloween and Spinning Gold.

The actor is famous for appearing on Saturday Night Live though he once declined to act as a black woman on the show and asked them to employ black women.

On the other hand, Kel Mitchell has also been involved in many projects.

He was married to Tyisha Hampton-Mitchell for more than five years before separating in 2005.

He again found love in Asia Lee, married her, and together they had a child born in 2017.

He participated in the reality show Dancing With the Stars as a contestant.

The actor also hosted Tails of Valor in 2019.

He also revealed that they constantly texted and called each other since then.

Kenan clarified their friendship in 2018 while being interviewed by The Breakfast Club.

He said, “About a year ago, we had a long conversation. Everything is fantastic…” He revealed, “We’re close as we should be.”

Kenan Called Him His Longtime Brother

When Kel stated that he and Kenan seemed on opposite sides, rumors started circulating of a conflict between them.

They resolved their issues when they talked through a phone call.

Kenan stated they had become closer ever since.

He stated, “We had a period where we weren’t chatting as much as we could have been, and we both realized it.