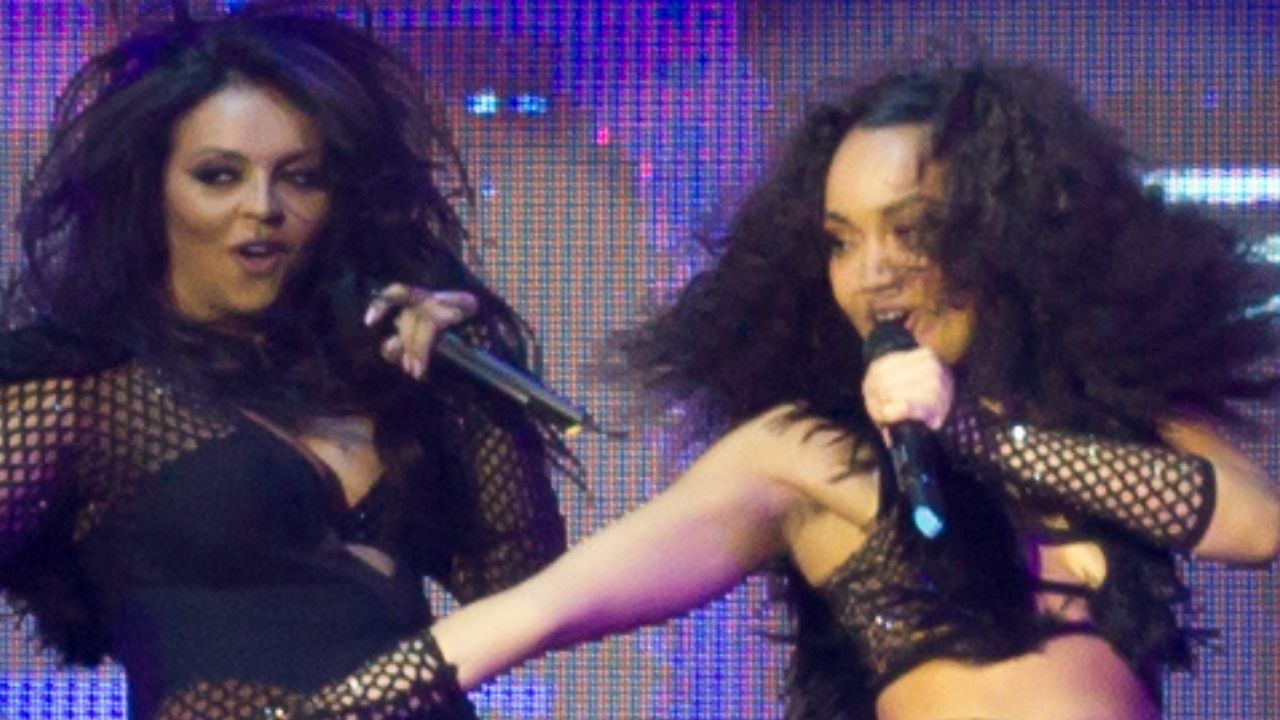 In the stormy world of music artists, it’s never a big surprise when we hear that the band members are having some sort of feud. While most of these feuds tend to get sorted out in their next tourney, there are some that lead to nasty relationships.

The situation with Jesy Nelson and her former band Little Mix is somewhere in between. While the band members have all stated that there isn’t any bad blood between them, there are other sources that claim otherwise.

Let’s see what happened to Jesy and the Little Mix band.

Her debut song on the UK version of “The X Factor” was “Bust Your Window” by Jasmine Sullivan. Seeing how Jesy has a tremendous talent for singing, nobody was surprised when she made it through the audition.

Unfortunately, after the successful audition, she failed the first challenge of the “Bootcamp” section to progress through to the next stage.

What Happened Between Eminem And Chris Kirkpatrick? ‘Without Me’ Explained

What happened with Jesy and Little Mix?

After initial success, Jesy soon became a constant target of cyberbullying which even drove her to the point where she tried to commit suicide back in 2013.

She often mentions that she experienced panic attacks and other side effects that were ultimately caused by cyberbullying; she even admitted that she would sometimes starve herself before the shows.

Thankfully, she made much progress in the following years and managed to overcome these issues.

After spending nine years together, in December 2020 Jesy announced that she was leaving the band to focus on her mental health, leaving the other members of the band in shock.

Other information later surfaced, saying that Jesy didn’t even break the news to her band colleges in person and that they found out about it from their lawyers.

Following her departure from the band, Perrie, Leigh-Anne, and Jade publicly supported her decision, with the addition that they wouldn’t stop making music and working together.

“We are still very much enjoying our Little Mix journey, and the three of us are not ready for it to be over,” the band shared on Instagram.

In 2021, Jesy made her debut as a solo artist with a hit single called “Boys”. Somewhere in that period is when the rumors about the alleged feud started to emerge.

Things took a big turn when Nicky Minaj, on her live stream with Jesy, started to badmouth Leigh-Anne (one of the band members), while Jesy laughed it off.

Later, when Jesy appeared on the Graham Norton Show, she said, “We’re not talking anymore. It is sad, but honestly, there is no bad blood from my side, and I still love them to pieces and genuinely wish them all the best.”

“I loved my time with them, and we’ve got the most incredible memories together, but It’s just one of those things which need to take time, so who knows,” she added.