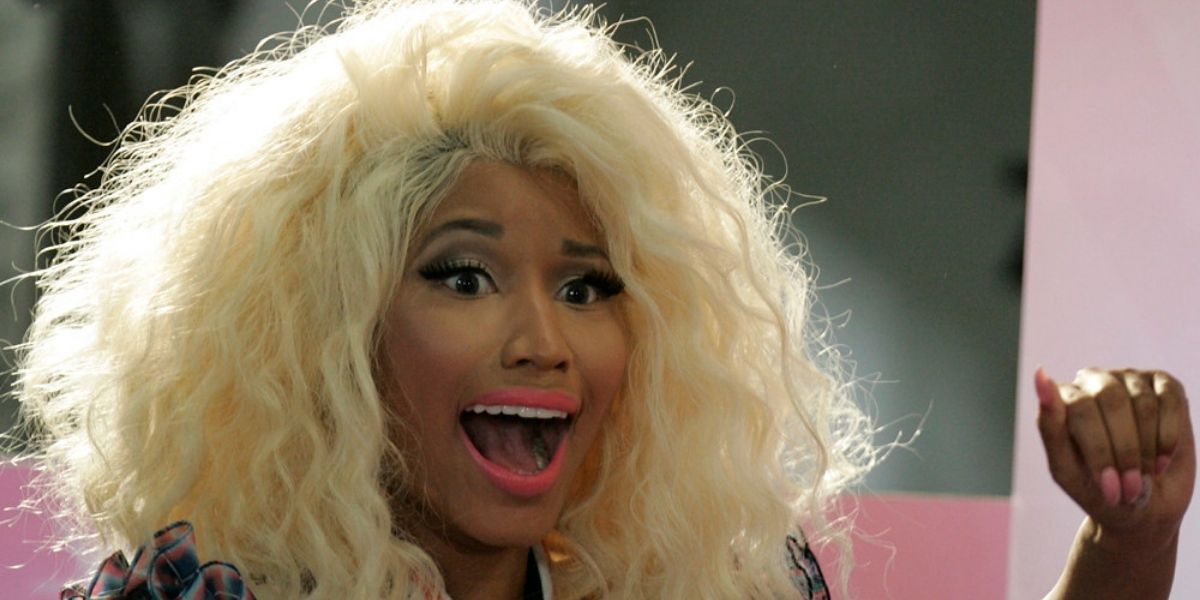 Onika Tanya Maraj-Petty, popularly known as Nicki Minaj, was born on December 8, 1982. She is from Trinidad and was raised in Queens; and is known for being a rapper, singer/songwriter, and television personality.

Known as the Queen of Rap, she had a fairly troubled childhood. However, she has since grown exponentially. She is now one of the most influential and best-selling female artists and has sold 137 million records worldwide.

Nicki got a very visible Chinese tattoo when she was 16, which she has since admitted that she regrets. Despite not being religious, Nicki’s first tattoo was an acknowledgment of her religious roots.

She has the tattoo in black and on her upper left arm. Her Chinese Hanzi tattoo is read as “Shàngdì yŭ nĭ cháng zài” and written as 上帝與你常在. It can be translated to mean ‘God is always with me.’

Nicki Minaj has always had a knack for style. She is famous for her distinctive designs. The tattoos Nicki has gotten herself have been a sensation amongst people everywhere. However, a tattoo is very personal, and one should be mindful of this when choosing to get one.

Nicki Minaj has two visible tattoos on her body, each with a different meaning. However, her third tattoo has been inked so that a butterfly flaps out of a single wing on either side of her ankle.

Tattoos and Their Meaning

While Nicki’s designs are unique and distinct, don’t get her designs because you like them. Tattoos inherently have a personal meaning for anyone who gets them. Below are the meanings of her tattoos.

Her first tattoo that reads 上帝與你常在 that translates to mean ‘God is With Me’ and it is on her upper left arm. The tattoo is beautiful but is one Nicki regrets getting because of its current location. Nicki Minaj ideally wanted it on the back of her neck.

Nicki Minaj felt like getting the tattoo on the neck could be risky and very painful. So she ended up getting inked on her left arm. She also feels like the tattoo does not complement long gowns and dresses on a night out.

Carol Maraj, Nicki’s mother, disapproved of getting a tattoo at such a young age when she already had a tongue ring. This led to a lot of contention in the Maraj household, and the Grammy Award-winning rapper almost became homeless in her teens.

Nicki Minaj has a tattoo of a Barbie logo inside the right wrist. She believes that loyalty can come in different ways and Barbies always represent that perfection is not singular. She has also used Barbie throughout her career as they signify female empowerment.

Nicki further elaborated on this in an interview with Wonderland Magazine, where she said that Barbies have a unique way to focus on beauty and hard work. So, it inspires her to be more creative with how she lives her life and not get stuck in female stereotypes.

With a net worth of over $85 million, she has called herself and the fanbase Barbies very wholesome. She often gets called a Barbie by fans who meet her and consider the doll a symbol beyond a little plastic doll with blond hair.

She got this tattoo in 2018 during the making of the album ‘Queen.’ She wanted the tattoo as a memento of the best era she made music in. The ‘Black Ink Crew Chicago’ from VH1 filmed her getting this tattoo for their show.

Regardless of when you choose to get a tattoo, think deeply about what you want, the symbolism, and where you want it. This will help you figure out what the tattoo will look like and whether you want it.

The good idea is to get a design commissioned, bring a photograph, and look at the options in the tattoo parlor as well to narrow stuff down. Pinterest has fantastic designs as well. However, if you enter a tattoo shop without any preparation, chances are you’ll be very overwhelmed.

You don’t want to get a tattoo you didn’t like because you’re feeling overwhelmed. If you don’t feel in control, take some time and come back when you feel more in control.

If you go into a tattoo parlor with an idea, the artist can help you by considering and making changes according to your preferences. It can further help you get to your desired tattoo. Don’t hold yourself back and do any research you feel is necessary.

There are pages online that help you upload pictures and show you what the final result will be. You can also try getting a temporary tattoo or trace it on someone else to get a better idea of how it will look. A tattoo is pretty much permanent so take the decision cautiously.