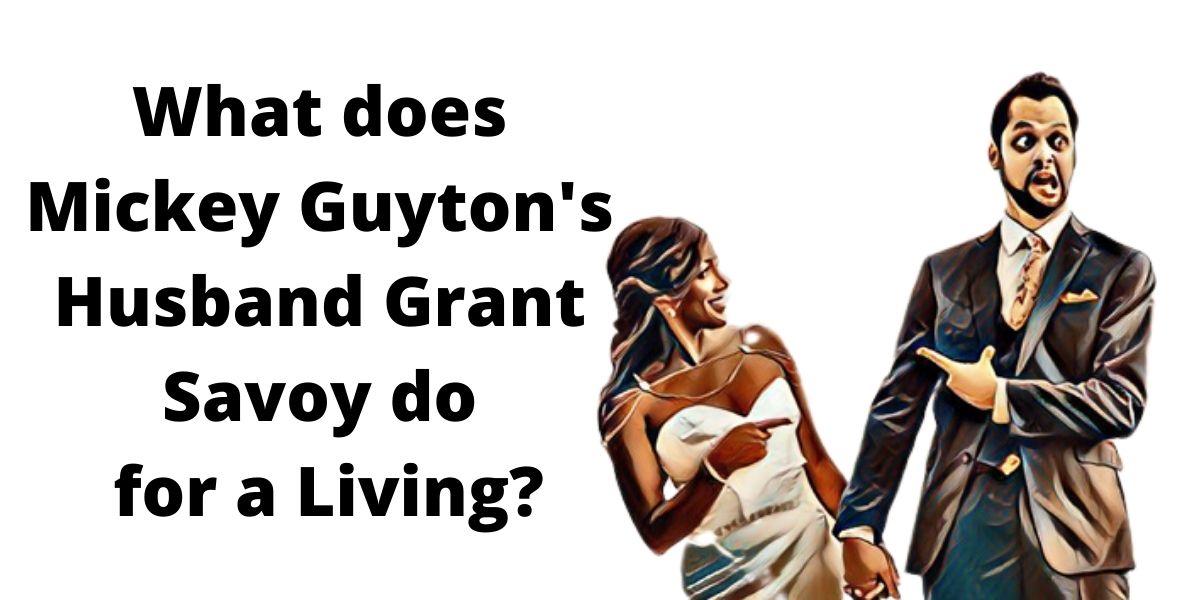 Mickey Guyton’s popularity around the country has been growing, especially among country music lovers. This was crowned by her performance at the 56th Super Bowl, where she got to sing the national anthem. She has stolen the hearts of many fans and her husband Grant Savoy for many years. The couple was together for seven years and got engaged for four before tying the knot in June 2017. but what does the artist’s other half do for a living?

He is also a Supportive Husband

He is not just into legal matters, he is a fairly active social media user, particularly Twitter. Savoy mostly prefers to lay low. He only has a single Twitter account that promotes his wife’s performances and accomplishments.

He also uses the account to stand up for his wife against violations targeted towards her through sharing screenshots of discriminatory remarks directed at her and renouncing the attacks. One user tweeted at him that country music did not uphold racism and doubted her preference to focus on the genre. The husband responded,  “Sad you feel this way Patricia, but the facts and statistics say otherwise…And why do you feel the need to attack @MickeyGuyton because she ‘pick(ed)’ country? She didn’t pick it, she IS country, and she IS here to stay, two facts you’ll have just have to live/deal with.”

Being The Most Amazing Husband

It was revealed that he has family members in Kauai, Hawaii, which may be why the couple chose to have their wedding there. The artist told the People article, “My husband has family from Kauai so it was important to him to have a luau at the wedding reception.” During one of her Instagram posts dated 2018, the musician showered praises at the husband and celebrated his love stating that he was one of the most amazing people she has met and despite him growing up through hardship, he still loves hard. He dedicates his everything to the family and more.

She talked about him sacrificing his time to ensure she was okay and ended by saying, “there are good men out there.” She confessed that she put Savoy through difficulties when they first met since she was from a hurtful relationship. She went on to say how “he put me on a pedestal that I didn’t think I deserved and showed me I was worth it. He now gives me the courage to be the human and artist that I was always meant to be. It is unrealistic to think that you will find a perfect love. It doesn’t exist. But I only hope for everyone to find someone that will stick by you through the good but more importantly through the bad.”