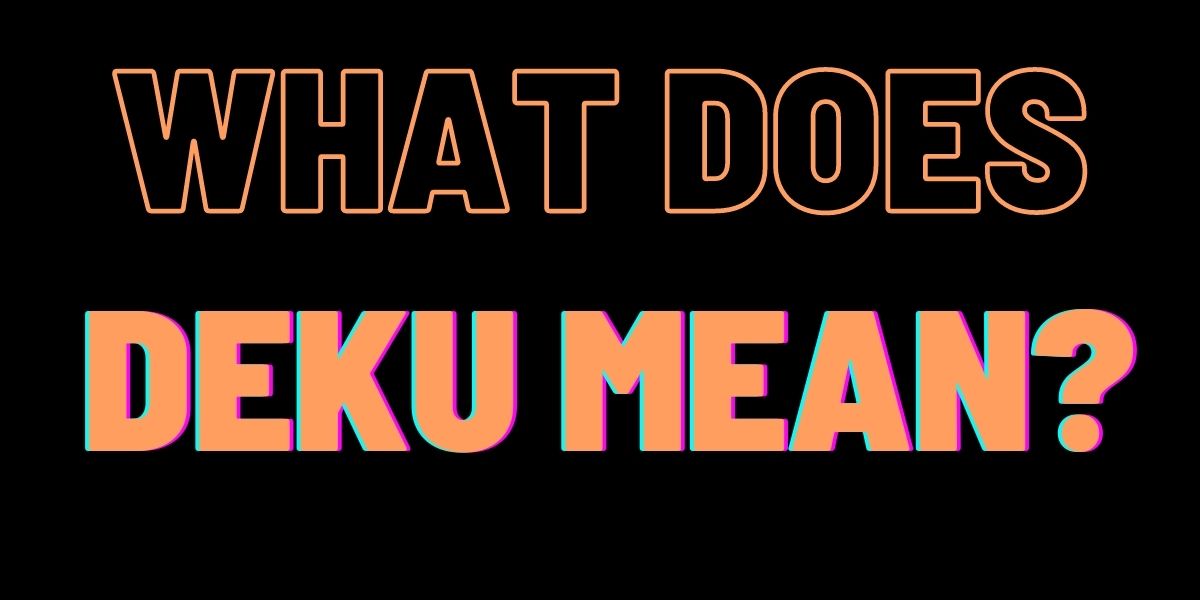 Ever since Boku no Hero Academia (My Hero Academia) started, you could easily observe the tainted relationship between Kacchan (Bakugo) and Izuku Midoriya. While they were still young, Bakugo nicknamed Midoriya “Deku.” But where did this name come from?

Why did Bakugo nickname him?

These are some of the many questions being asked on the internet by fans of the anime. If you are also confused about the meaning of Deku, then we’ve got all the answers for you.

It’s a blending of characters from his first name ‘Izuku’

To understand where the Deku nickname came from and what it means, we have to do a short lesson in Japanese Kanji.

Midoriya’s first name, as we all know, is Izuku. The kanji character for ‘Izu’  has many readings, including, ‘De’, ‘Da’, ‘Izu’, and many others. So, what Bakugo did was to replace ‘Izu’ with ‘De’. Why did he do this and when did it happen?

How Izuku changed to Deku

In one episode, Bakugo was talking to Midoriya and he mentioned that his first name Izuku can also be pronounced as Deku. However, Bakugo used Deku as an abbreviation for an insulting word, ‘DEKUnobou. DEKUnobou is a Japanese word that means “good for nothing” or someone who can’t do anything.

This is how Bakugo saw Midoriya when they were still young.

So, why would Midoriya choose an insult as his hero name?

Well, probably we’re wondering the same thing. Bakugo uses Deku as an abbreviation for DEKUnobou, which is an insult. But why would Midoriya even prefer the name to be his hero name? Here’s why.

In a later episode, Ochaco mentions to Midoriya that she likes the nickname Deku. She says she feels it has an image of someone who can do anything.

Therefore, Midoriya chose this nickname because of Ochako. He even said that he once hated it until someone changed its meaning. It had a huge impact on him and made him really happy. And that person, of course, is Ochaco.

If we take a look at the evolution of the nickname Deku, it developed much like the character himself.

At the start of the series, Midoriya starts off as somebody who has no power. He’s a good-for-nothing person (Bakugo’s definition). But as the story progresses, he gains the ability to protect those around him.

Some little facts about Deku

He’s the 9th user to possess One For All

Deku is a special character because he begins a series with no powers, only to inherit all Might’s powerful ‘One For All Quirk.’ This quirk passes on from one successor to the next and he’s the ninth to inherit it.

He has trained under multiple mentors

The series has put Deku together with several mentors and teachers as the series evolves. The mentors allowed him to develop his skills and perfect himself.

His costumes regulate his strength

We clearly see Midoriya upgrading his costumes and apparel over time, all of which help him maintain and regulate the increasing strength of his Quirk.

Recommended: What Does Ara Ara Mean?