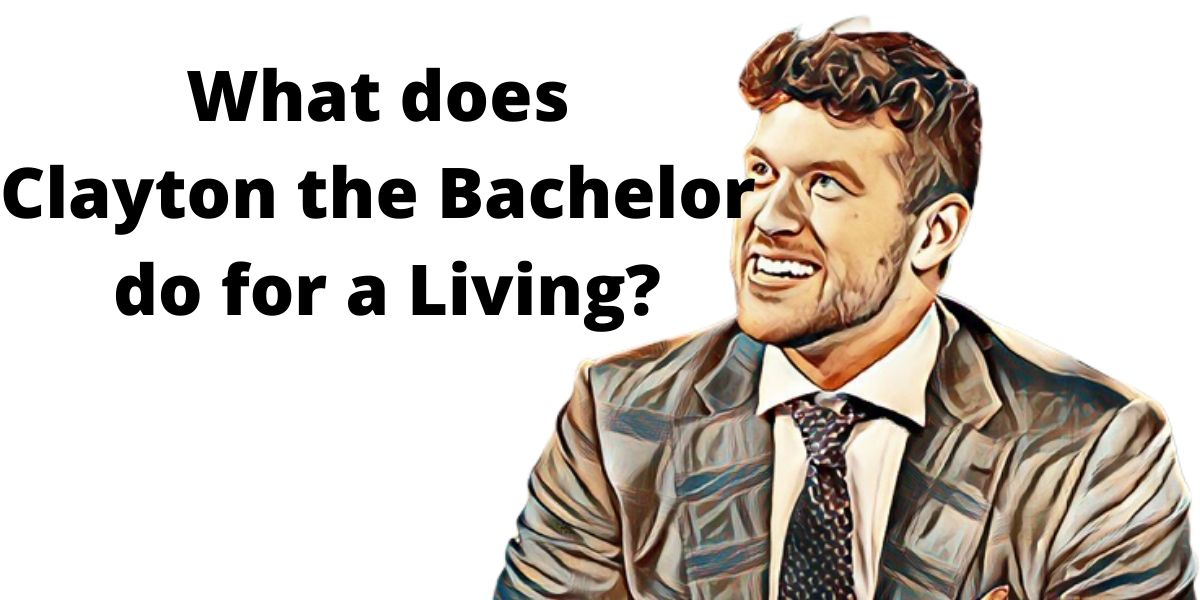 ABC’s famous reality program, The Bachelor 2022, recently returned on screen, and the star in this season was Clayton Echard. Many of its audience would recognize him since he was featured on The Bachelorette, starring Michelle Young. He was one of Young’s suitors, and his being in the show made him realize that he needed to find someone special and settle down with them. Many people wonder what the star is doing for a living.

Clayton first appeared in entertainment as one of the suitors seeking to win Michelle Young’s heart in the 18th season of the Bachelorette. Not only was he a favorite during the ‘middle school group date,’ the students who met him also loved him. His mates in the house called him ‘Claynos’ since he had an impressive physique. According to his details on ABC, he is a romantic and does not mind putting his heart on the line. Fans were thrilled to see him open up in The Bachelorette, and he puts on the same show in The Bachelor.

He is a Medical Sales Representative

While joining The Bachelorettes, Clayton stated that his occupation was a medical sales representative. His Instagram at the time stated that he was a “washed-up athlete and former freestyle rapper trying his luck in orthopedic sales.”

According to his LinkedIn, the star completed his undergraduate studies with a bachelor’s degree in health professions and related clinical sciences. He will also finish his graduate program in Business Administration in Health and Healthcare in 2023 from Southeast Missouri State University. He currently works at a medical device organization as a sales representative. The organization is known as Stryker.

His LinkedIn states, “As a sales associate, my primary responsibility consisted of completing a rigorous training program designed to adequately provide me with the knowledge and skills I needed to become competent in the medical device sales industry. During my time as an associate, I was in an account support role, consisting of transportation of instrumentation, case coverage, inventory control, presentation of implants/instrumentation, and providing solutions to any and all challenges that arose.” It seems that his current occupation has the same responsibilities as his previous job as a sales associate. This includes, “sustaining consistent growth in both the Joint Reconstructive and Trauma fields in the Columbia, Missouri area.”

The star also worked as a sales intern at a wholesale vending company known as Fastenal. He went through a comprehensive education program that involved learning on various product lines like fasteners, industrial and safety equipment for businesses and consumers, plumbing, and electricals. He also worked as an intern at Dr. Glenn L. McElroy M.D. Sports Medicine Center as an athletic trainer. This was at the Missouri Athletic training Complex while he was a student at the University of Missouri, Columbia.

Currently, the star seems to be enjoying his time at The Bachelor that he has no plans for after the show concludes. He also seems to be enjoying family time with his parents and siblings in Missouri. ABC states, “Back home in Missouri, Clayton enjoys spending time at his family home on Lake St. Louis. You can often find him there tubing out on the boat, fishing off the dock, or getting competitive over some cornhole with his friends, his two younger brothers, and his mom and dad.” Fans interested in watching Echard as he goes on a journey to find love can tune in to ABC on Monday nights and check on the site to get all the content on The Bachelor 2022.

It may come as a surprise, but Clayton was not paid while featuring in The Bachelorette. Contestants do not get paid, and they are required to cover the cost for their styling, including clothes. This seems to have changed after landing the main role in The Bachelor. The current salary is around $100,000 per episode. Even though this has not been confirmed, it is believed that he earns this. Not bad for a sales representative for two to three months’ work.