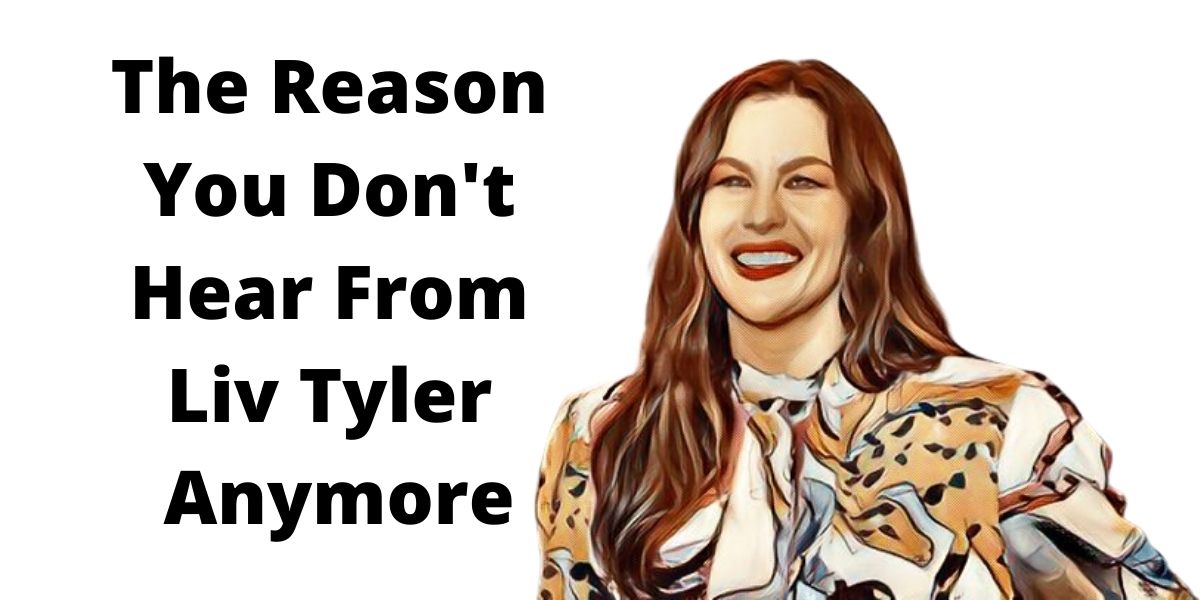 Liv Tyler was a familiar face on the big screen for more than 20 years.

In her acting career, she managed to identify herself with pop culture with her outstanding performances in films like That Thing You Do!, Armageddon, Stealing Beauty, and The Incredible Hulk.

For her exemplary performance in The Lord of the Rings trilogy as Arwen, she won a Screen Actors Guild Award in 2004.

While the movies enabled her to rise in Hollywood, many people find it odd that she has been quiet.

There is a lot to her career and life that many may have missed out on since she last acted in a significant role.

Let us look at why the actress has been oddly quiet.

The actress has always emphasized her family comes first.

After she got engaged to Dave Gardner in 2014, the star reduced her endeavors in the entertainment industry and moved to London to have a quiet life.

Even though attending to her family and work have impacted her career decisions, being a mother has positively impacted her life.

She confessed, “Pregnancy and childbirth and being a mother have helped me know myself more and know my strengths and weaknesses.

It has definitely changed the way I look at my job because when I am leaving my house and leaving my children to go to work, there is a new kind of purpose to it.”

She also stated that she was grateful for the experience though she admitted that she grew less concerned about acting.

The actress also decided to venture into writing.

In 2013, she collaborated with her grandmother, Dorothea Johnson, to write the book, Modern Manners: Tools to Take You to the Top.

The book is a mixture of personable commentary and etiquette protocol, and it was a guide for 21st-century professionals.

It provided advice on social life and business.

Johnson revealed, “The book was brought about simply because I saw a tremendous need for young professionals.

Unfortunately, they would lose their advantage in their job because they were rude.

While discussing what the book offers, she said, “It’s a good foundation, you know? It has those basic values.”

She also detailed a piece of advice from her grandmother when she was young.

She revealed her grandmother told her “in any situation to just stop and look and listen — when you’re nervous, when you’re excited, when you’re overwhelmed — and really take everything in.

And just remember that basic kindness.”

She is an Activist

The actress is an activist who has dedicated her time to creating real global change.

In 2003, she was appointed a goodwill ambassador to UNICEF.

She stated, “I was blown away and inspired by everything that [Audrey Hepburn] had done for children via and through UNICEF, and I guess it really floored me in a way that I hadn’t ever felt toward a public figure before.”

She said she was inspired by actress Angelina Jolie who usually traveled to less developed countries to help kids.

Apart from supporting the Women’s Cancer Research Fund, her grandmother also launched the Emergen-C Pink to help those with breast cancer.

She has Played A Few Roles In Recent Years

The actress may have spent so much time away from acting in the last ten years, but it seems like she may get a few roles in the coming years.

In 2017, she reprised her role in The Leftovers and went on to act alongside Kit Harington in the series Gunpowder.

She also got a regular gig on Harlots, which was aired on Hulu.

In 2018, she found her way back when she produced and acted in Wilding.

While at the Oxford Union, she revealed that she contemplated producing and acting, especially after she was encouraged to find a way of balancing work and motherhood.

She revealed, “Ever since then, I was like, ‘Okay!’ And I kind of made a little prayer to the universe, and then suddenly all of these crazy things have been coming along.

I’ve actually probably been working more now than I ever have in my whole life.”