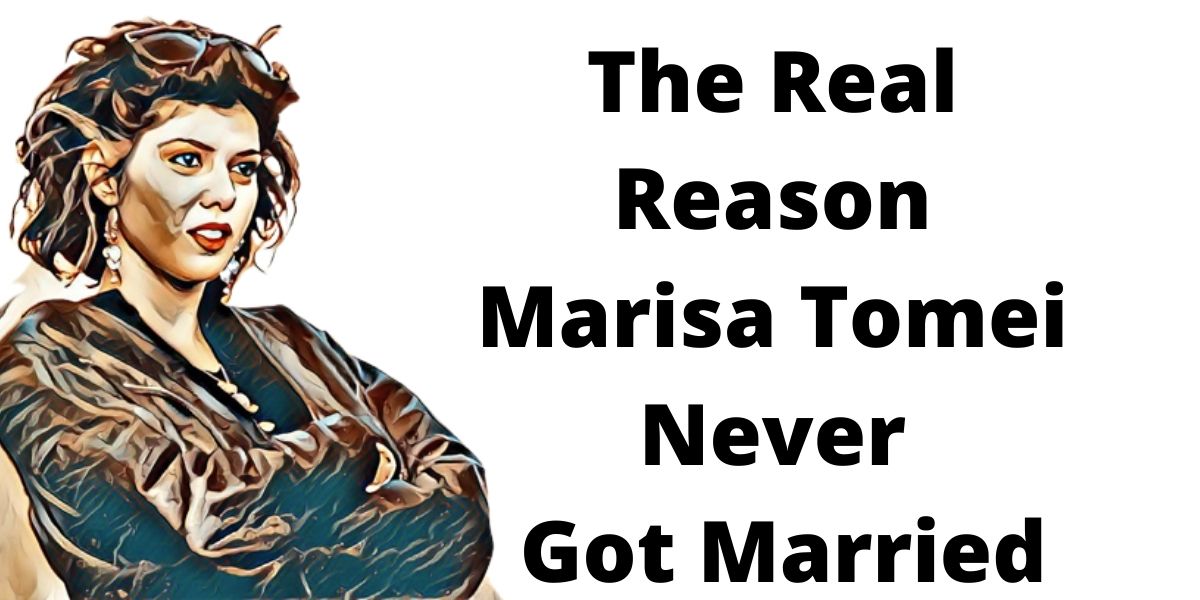 Marisa Tomei has achieved a lot in her acting career.

She was known for her performances in Spiderman: Homecoming, My Cousin Vinny, and Happy Accidents.

The actress also appeared in television shows like The Simpsons, Seinfeld, and Empire.

For some time, it felt like Goerge Constanza in Seinfeld may have ended up in a fictional entanglement.

Despite his engagement, George went on a coffee date with Tomei, who acted as herself in the show, and like typical George, he went on to mess things up.

Many people would like to know why the actress never tied the knot.

Even though she has enjoyed a lot of success in acting, the actress has never been married and does not have children.

In 2013 there were rumors that she was engaged to her co-star and then-boyfriend Logan Marshall-Green.

The couple never got to cement their union.

It is reported that Marshall-Green proposed to her, for which she said yes though no one knew what resulted in their split.

Her representatives stepped out and denied the gossip concerning her engagement to Logan.

After working together in Spiderman: Homecoming, the couple had an on-and-off relationship from 2008 to 2013.

All through her life, the actress has been criticized for being a bachelorette and not having children, but this does not bother her.

She has achieved a lot as an actress and a woman and does not see being a bachelorette as a type of failure even if society does not approve.

In 2009, she told Manhattan Magazine, “I’m not that big a fan of marriage as an institution, and I don’t know why women need to have children to be seen as complete human beings.”

The star does not usually discuss her decision to remain a bachelorette and not have children, but her opinion on marriage is the same, one does not have to be married to be happy.

Having a long and successful career is enough reason to be happy.

In 2017, a source revealed, “[It] wasn’t something she ever truly pursued — even in her twenties.

Work has really been her life force.” This shows her commitment to work.

Her split from Marshall-Green did not stop her from falling in love again.

The superstar has been rumored to be involved with famous men like Josh Radnor from How I Met Your Mother and the Iron Man superstar Robert Downey Jr.

Despite the romances not flourishing as fans hoped, she is still good friends with Downey.

Some see this as to why the actress may have led to her becoming a cast in the Marvel Cinematic Universe.

The Sherlock Holmes star recommended her, and she ended up acting as Aunt May Parker in Spiderman: Far From Home, Spiderman: Homecoming, and Captain America; Civil War.

Her acting as Aunt May made Downey talk about her sex appeal while being interviewed by Jimmy Kimmel in 2016.

He said the Spider-Man has “got, like, a hot aunt.

My God, just think. Think of the possibilities.”

Hollywood fans were thrilled with the ‘possibilities’ by The Guardian when it reminded fans that Downey and Tomei once kissed in Only You, and she got an award at the MTV Movie in 1994 for the Best Kiss during her performance in Untamed Heart.

While talking about her kissing prowess, she said, “It’s nice that I’m considered a great kisser. It’s all about the partner, isn’t it?

And it’s only on screen.

She Feels She Should Go to Movie Production

Recently, the actress was seen in New York with Marco Calvani during the opening of The Children on Broadway in 2017, the Golden Heart Awards in October 2019, the opening night of The Rose Tattoo in October 2019, and the Dramatists Guild Foundation Gala in November 2019.

Apart from being spotted together on various occasions, it is hard to tell if they are in a relationship.

The actress is usually busy.

In 2018, she revealed that she was branching into production since it was difficult for an actress her age to find significant roles.