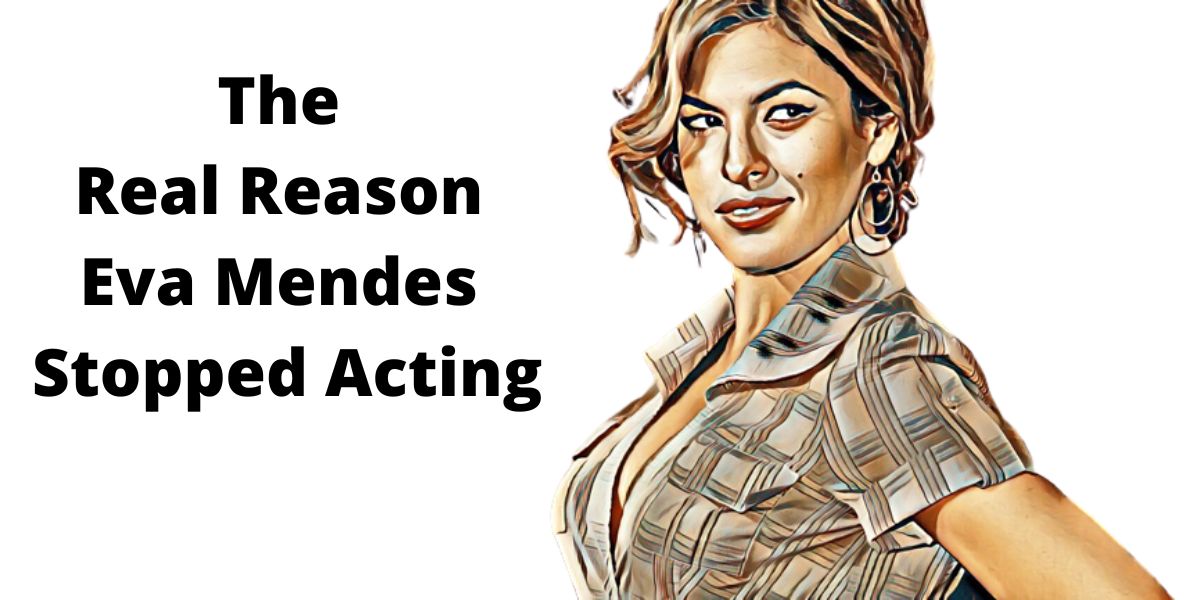 Eva Mendes’ acting profession kickstarted in the 90s with various roles in movies like the 1998 movie, Children of the Corn V: Fields of Terror and the 2000 movie Urban Legends: Final Cut.

Despite the immense success, many of her fans wonder why she quit acting?

She is Busy With Her Family

The actress has been busy caring for her family, especially her daughter Amada Lee and Esmeralda Amada.

No matter how tired I am, I just do it.”

She also revealed being a mom made her rethink the glitz and glamour associated with fame.

She confessed, “If I’m even like, ‘Oh, what should I wear?

Or should I do this project?

All I have to think about is my daughter and her face, and I know the answer immediately.

[Esmeralda is] my moral compass in a way.”

Her sacrifice was seen in 2017 when his husband won the Golden Globe Award for his role in La La Land.

He said, “If she hadn’t taken all that on so that I could have this experience, there would surely be someone else up here other than me today.

So, sweetheart, thank you.”

Hollywood is a cruel place since the number of audiences one can attract defines their career.

The actress has had difficulties in recent movies, which could diminish one’s morale.

According to reliable sources, The Place Beyond the Pines may have led her to find the love of her life, but it performed poorly.

Despite having a budget of $15 million, it raked in $21 million.

Girls in Progress also had a dismal performance since it raked in $2.6 million after more than a month in theaters.

Her 2015 movie with her spouse, Lost River, was worse since it raked $45,431 within the first three weeks after its release.

The actress wanted to change her glamorous image to seek more diverse, challenging, and deeper characters.

She stated in a 2013 interview, “Any opportunity I get not to wear makeup on set, I take. I really don’t care about looking beautiful in a film unless I have to for the character.

I don’t check the playback; I don’t even know anything about lighting.

I love anything that gets me closer to the role.

So I needed to turn down those things that could possibly pigeonhole me.”

The actress was ambiguous on whether she actively turned down offers, and the interview showed a turning point.

The Place Beyond the Pines was her opportunity to act as a working-class single mother.

The problem is when actors try to break from the roles that catapulted them to fame, finding alternative opportunities that are equally successful becomes a problem.

It becomes even harder to convince the many critics who make it their work to criticize actors’ performances.