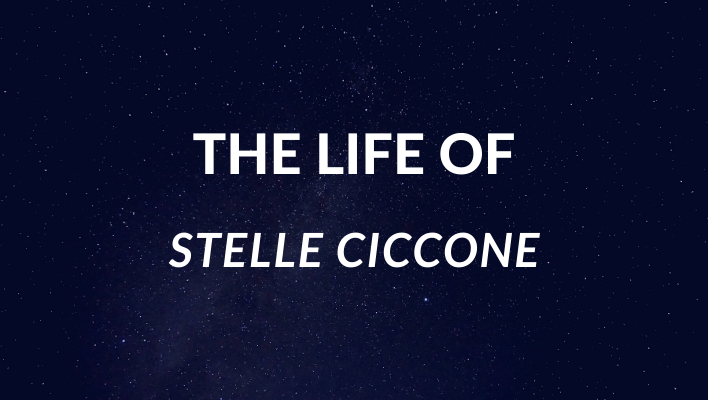 If you have been keeping tabs on the music world. You might be familiar with the Queen of Pop, Madonna Louise Ciccone, and six beautiful children, four of whom are adopted. There are many shocking facts and stories behind the adoption of one of the daughters named Stelle Ciccone. Let’s break the suspense and get right into the facts about Madonna’s daughter.

Stelle Ciccone is one of Madonna’s six children. She was adopted along with her sister Estere Ciccone, who happen to be twins! Besides them, Madonna also has an adopted son, David Banda, and another adopted daughter named Mercy James Kamebewa.

Madonna also has two biological children named Lourdes Maria Ciccone Leon, aged 21, who she had with her previous partner Carlos Leon, and Rocco Ritchie, aged 17, with Guy Ritchie. All in all, Stelle shares a big, loving family.

Indeed, Stelle has a twin sister named Estere Ciccone. Both beautiful sisters were born in the landlocked country of Malawi, situated in the southeastern part of Africa. The orphanage where the two sisters resided was visited by Madonna. That’s where she saw the beautiful twins and took them home. The 61-year-old later took to Instagram to urge the public to donate or volunteer at the Home of Hope, the orphanage where Stelle and Estere had resided for four years.

Stelle rose to the public eye after pop sensation Madonna took the girl under her wing. She was born on the 24th of August 2012 in Malawi to Adam Mwale. She was named Stella, which means ‘star’ in the Latin language.

RECOMMENDED: Why is Madonna called Madonna?

The child’s biological mother, Patricia Mwale, died a few days after her birth due to complications that arose from the C-section operation. Stelle was born into a low-income family before Madonna adopted her and her twin sister.

Residing in an Orphanage

The twins’ father, Mr. Mwale, took the girls to the orphanage after his wife has died. Stelle and Estere Ciccone’s mother died due to excessive bleeding during the delivery. After the babies were born, he took them to the Home of Hope orphanage and got them admitted.

The reasoning behind this action was that he could not support the children, especially without their mother, and considered this to be his only option. His poor economic status also contributed to this decision.

For Stella and her sister’s seventh birthday, they celebrated with their close family and relatives. Madonna did everything to make the day extra special for the two kids. The biggest surprise of all was the two-tier Paris themed cake, with the first tier colored black, the second one was decorated with several black spots over a red background. To top things off and make it a real Paris theme, the Eiffel Tower was placed on top of the cake! The tower also supported two anime character photos facing the girls.

Bond with her Mother

Stelle shares a special bond with her mother because even though Madonna is busy on tours and concerts, she still makes time for her kids. Madonna would take the time to showcase her children’s talents publicly.

As both the kids have a singing and dancing talent, they are often seen on stage as the background dancers on Madonna Madam X tour. In addition to this, Stella also has a massive online presence where her fans can see what she is up to.