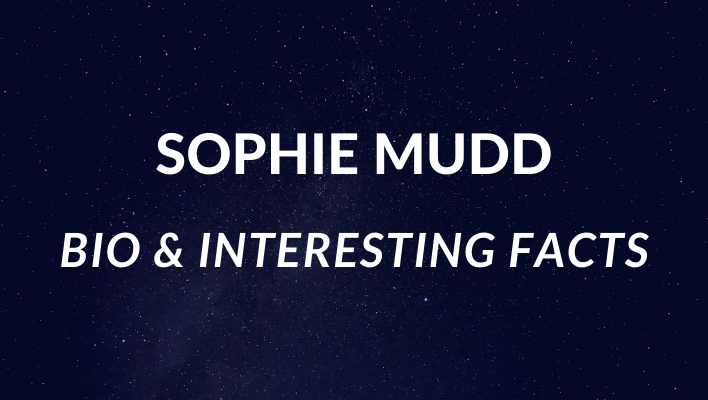 Some people are just lucky! Or maybe blessed!

Imagine posting a picture on your Instagram page, and boom, you become a Celeb!

Sophie Mudd relates to this so well, and at only 23, she already has 2.4 Million followers on Instagram, making her one of the youngest popular internet personalities.

Who is Sophie Mudd?

Sophie is an American model and a brand ambassador for remarkable projects.

With her amazing figure and ever-rising popularity, FHM has already labeled her as the next Emily Ratajkowski.

Sophie was born on July 27th, 1998. She grew up in Los Angeles with his brother Nicolas Mudd and business-minded parents and was accustomed to luxury.

Sophie enrolled in a prestigious academy, Campbell Hall School, where she excelled in sports and academics. She competed in the “Delphic League Meet at Notre Dame High School” held in March 2012, and she managed the 12th spot on Long Jump.

There is little information about her family, but Sophie seems to be close with her parents, more so her mother.

In one of her posts on mother’s day, she refers to her mother as her BFF (best friend forever), undoubtedly expressing love to her mom.

Her friends and family describe her as a shy girl who is way different from her bubbly and wild social media personality.

RECOMMENDED: Who Is Ash Kaashh?

Sophie’s path to fame began in November 2013 after posting her first picture online. Within a few months after her first photo on Instagram, she had already gained half a million followers.

On realizing her potential, Sophie started to showcase her sultry body and love for modeling, which caught significant brands and companies’ attention.

Her first project was with MP management, a multinational firm from Milan dealing with modeling and fashion designers. This project gave way to opportunities with renowned brands.

She is sometimes criticized for posting her close-to-nudity photos, but this doesn’t put her down. She uses the photos to gain more popularity, and with such a mindset, she will soon acquire the “Boss Lady” title.

She is a young and ambitious lady who has achieved more than most of her agemates.

Through her brand endorsements and online platform, Sophie’s net worth is $250,000 and is expected to be higher as her modeling career progresses.

With her gorgeous looks and great body, she is a typical daily crush to most guys.

Sophie has been in a few relationships, her previous one being with Conrad Hilton Jr. Conrad is the son of an American tycoon and founder of Hilton Hotels.

The two had been spotted hanging out together severally, but they later broke up in 2016 and unfollowed each other on their social media pages.

In 2017, she started dating her current boyfriend, Austin Dash, a singer. This is supported by Sophie’s posting of their intimate photos and videos.

The duo seems to be enjoying their relationship to the extent Sophie posted a video confessing her love for her boyfriend and that she makes her happy.

Austin has also released the Malibu album, which is dedicated to Sophie. It explains their first meeting, how the attraction spiked up immediately, and what the journey has evolved into.

Sophie has a great body shape, her broad torso, curvy slim waist, and ample breasts. She is 5’7 fit tall, and her body weight is 58kg.

Her bust department is well-aligned, and at 22, she is wearing a Cup 32D bra size! The model also has brunette hair consummate and deep brown eyes.

Apart from her major interest being in modeling, Sophie has shown interest in a couple of other activities. She enjoys traveling, tourism and has an unmistakable love for dogs.

Further reading: Who is Vicky Stark?