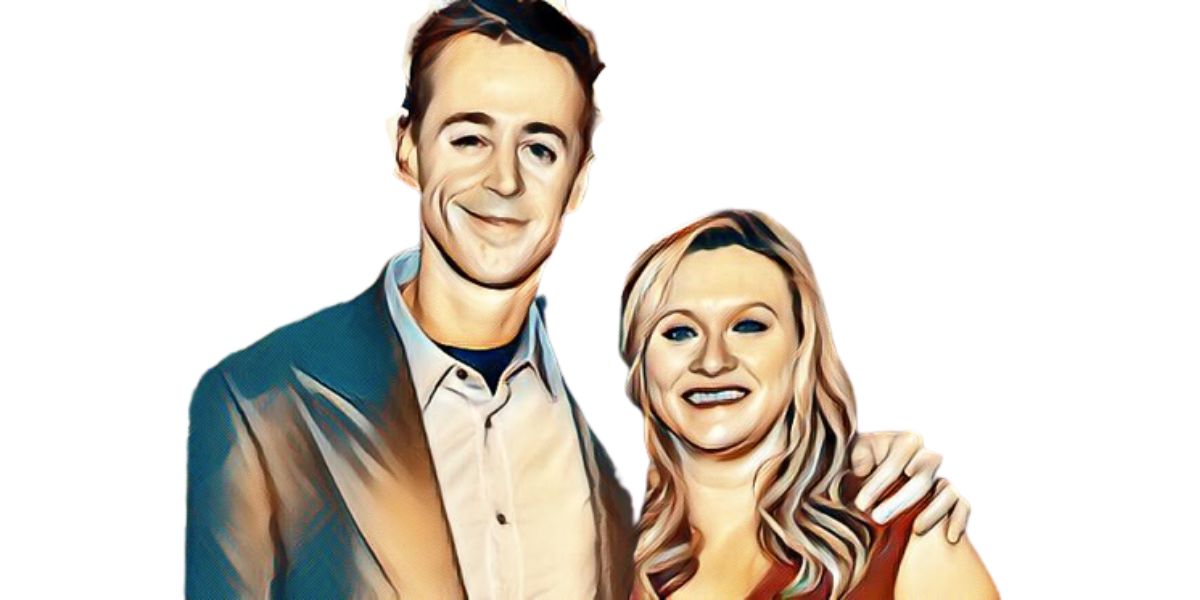 Sean Murray is famous for acting as Special Agent Timothy McGee in the hit series NCIS.

Before that, he acted in the film Hocus Pocus which premiered in 1993.

The actor has been part of NCIS since its beginning in 2003.

He acted as a guest star in the first season before getting a permanent role in season 2.

The series concentrates on McGee’s ability to solve cases with his geeky experience and provides glimpses of his love relationship with Delilah Fielding.

According to CBS, the show grew into one of the most popular projects on the network.

In real life, the actor has a long-term relationship with his wife, Carrie James.

Even though the star has grown into a household name thanks to NCIS, his wife is also impressive.

The two started dating, and their first time meeting was at an undisclosed event.

They dated for a year before deciding to tie the knot.

The wedding ceremony was in a private event in Los Angeles, and the guest list comprised family members and close friends.

As of now, they have been married for 17 years.

The couple gave birth to their first child, Caitlyn.

The couple gave birth to their second child, River.

The mother also retired from her teaching profession to concentrate on starting a business after River was born.

The couple enjoys posting pics of their children on social media, and it is evident that they love keeping the family unit they have created together.

James uploaded the first picture of the couple in December.

Both of them seemed to enjoy their time together.

James leaned her head against her husband’s cheek as they smiled while looking at the camera.

The actor was very grateful that Carrie was his wife.

He may be busy acting, but all indications show that he is a charmer, especially towards his wife.

The actor constantly posted pictures of their romantic life with his wife.

Carrie also does the same, and she is expressive when uploading pictures.

Many could see on his Instagram that he wished his wife a Happy Mother’s Day and went on to wish all the mothers too.

He also showed his grateful heart on how they both renovated their house and considered the place their forever home.

Since the two were famous for their long-lasting marriage, many assumed they had much quality time together.

The businesswoman once posted to celebrate their 16th anniversary together on Instagram.

She captioned their photos with “Sweet Sixteen for us! Happy Day We Tied the Knot @therealseanhmurray,” and two heart emojis.

The couple was smiling as they held each other.

They looked happy with their navy shirts.

The shirts had the words “Awesome Since 2005” written.

Many reacted with positive comments.

Another one also said, “You two married 19 days exactly before my husband and I. @dracus30 Happy 16 years!!”

A wedding anniversary is meant to be joyful since it elicits happy memories and the time spent together.

The post seemed to rekindle many of their followers’ happy memories.

James uploaded a picture of them together on an adventure.

It was in June, and they were going tubing.

They looked happy in their sunglasses and blue shirts.

James captioned the picture, “Thank you @kauaibackcountry for tubular time!!!”

Many hope the two will continue with their successful marriage for a long time since they seem to bring out the best in each other through the years.