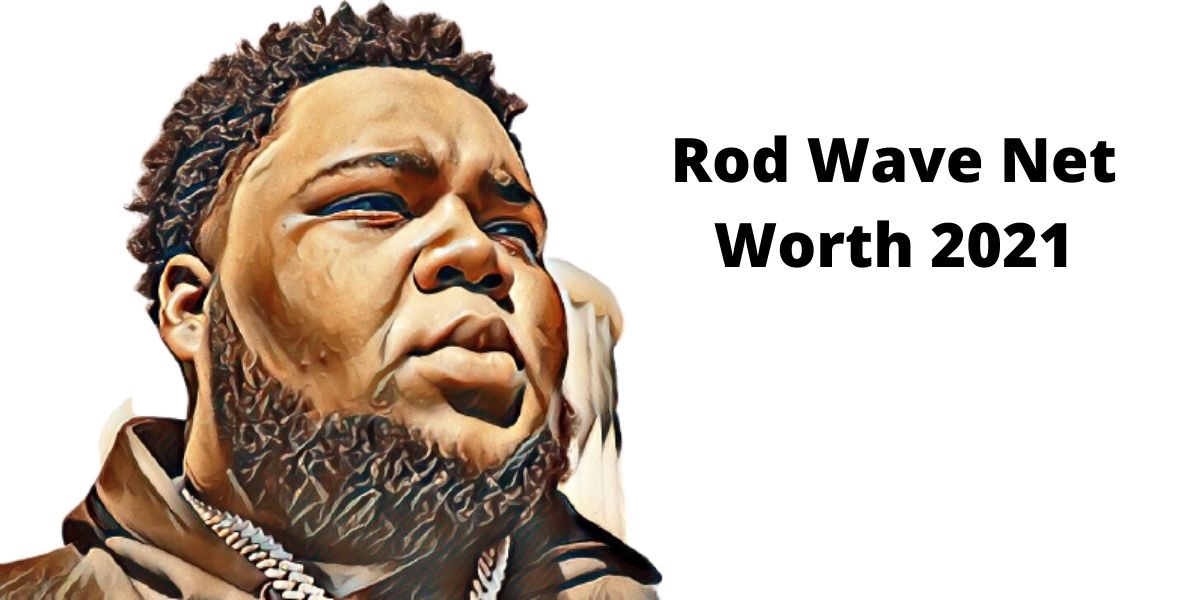 Rod Wave is a sensation in the hip hop industry and right now his talent has earned him millions, ever wondered how much he is worth right now? Today you will find out the truth. If you don’t know Rod Wave then you probably have heard his hit single which made him a star “Heart On Ice”. Read on to know more about this guy.

Born on August 27, 1998 in St. Petersburg, Florida Rodarius Marcell Green had to deal with a lot during his childhood as his parents separated while he was still in elementary school. This experience actually helped him as he is now a millionaire at such a young age. His father actually ended up in jail and this explains his early years when he got into crime to make ends meet.

Rod had to involve himself in the drugs business while still young as he and his mother didn’t have a stable source of income and were struggling to get by. He also had to rob people which got him into trouble as he was arrested twice and this earned him a juvie record.

Rod’s father actually realized that his son was headed in the wrong direction and returned to his life trying to make him a better person. His dad saw that the rapper had a great voice and would make it as an artist so he bought him a microphone and a computer.  This pushed Rod to pursue a music career, little did he know that this was going to be his breakthrough. His fathers effort pushed him to turn his life around as he went on to graduate high school and pursue a music career full time which as seen now was not a bad decision.

Rod would continue to learn and experiment with his father’s abilities, producing songs and mixtapes. He began gaining followers and admiration locally, providing him the self-assurance to be a successful artist.

He had some success on SoundCloud, however it wasn’t until 2019 that he gained national attention with the mixtape PTSD.Heart on Ice was one of the biggest hits from the tape, and it quickly went viral on TikTok, peaking at number 25 on Billboard’s hot 100 chart.

He signed with Alamo Records, who houses names like Lil Durk, Moneybagg Yo, Smokepurpp, and others. Rod Wave’s success would continue as he released his debut album, Ghetto Gospel, debuting at number 10 on the Billboard 200 in the United States.

Rod was becoming a success, and his lyrics were attracting a large audience due to his zeal. His songs are all based on real-life events, making them extremely genuine and personal.

He would subsequently release two additional studio albums: Pray 4 Love (2020) which debuted at number two and SoulFly (2021) which was number one in the United States.Billboard 200. His debut album, released in 2021, earned him a spot on the XXL’s freshman list and a nomination for Top New Artist at the 2021 Billboard Music Awards.

Wave is a one of a kind artist as he mashes both rap and riddim and blues. Not only is he a guru in rapping but he can actually sing, can you imagine that? His voice doesn’t help the haters anyway because the guy can really sing leave beyonce, rihanna and mariah carey out of this. Not only can he sing so well he is also good when it comes to instruments when it comes to the piano, no comparison.

Guess who drove Wave to become a rapper, not his dad it was actually Kanye West. Kanye was Rod’s idol while growing up and he wanted to be just like his dad. Looking at him now I guess this helped him alot. Kanye’s song “Through the Wire” influenced the artist as he had the same experience; he almost died as well from a car accident.

Rod’s success has made some of his main influencers want to work with him, it doesn’t need a calculator to know why, if you doubt it ask Kevin Gates.

This theme of admiring storytellers in the music world comes up again in his admiration for Adele, who he says can portray her emotions in her lyrics and through her voice very well, specifically her pain.

Rod Wave has a net worth of $3 million as of 2021. He earned his millions through the success of his father’s legacy. He has endeared himself to many fans and his songs have become national anthems. As the years pass, it’s reasonable to assume his wealth will only grow.