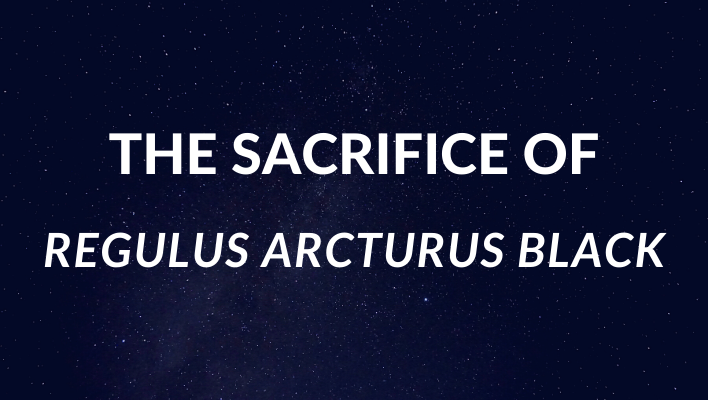 In Harry Potter and the Half-Blood Prince, Harry and Dumbledore stumbled upon a locket where a part of Voldemort’s soul was said to be hidden. They took the locket back to Hogwarts, where Dumbledore was then killed. Harry retrieved the locket from his pocket and found a letter that said that this was not the actual locket. It was a fake one, and the real locket was in the hands of some with the initials R.A.B.

R.A.B stands for Regulus Arcturus Black. The wizarding universe went through a lot of turmoil during the Second Wizarding War. There were millions of families that were torn apart because of it. One of the most important families that was wiped out because of war was the Black family. The Black family was an estranged wizarding family with an unsettling history that involved dealing with He Who Must Not Be Named himself.

You would think that a family that was killed off by evil forces would have nothing to do with the fight against the dark wizard. However, if it wasn’t for the Black family, evil would have prevailed and would have ruled the wizarding world. While many of the Black family members had a vital role in the defeat of the dark wizard, Voldemort, the most important member was none other than Regulus Arcturus Black.

Regulus Arcturus Black was the brother of Sirius Black, who was the godfather of Harry Potter. Before the war broke out, Regulus was part of the dark wizard’s army. At least that is what he made it look like. Regulus had made it his mission to end the war before it even began.

The thing that made Voldemort so frightening was that many wizards had tried to kill him, but none succeeded. This invincibility is what granted him the title of the darkest wizard the wizarding world had ever seen. As it is known in Harry Potter lore, Voldemort could not be killed because he had split his soul and stored the independent pieces within 7 items, which he hid across the world so that no one could ever find them.

The Hunt for the Horcruxes

Voldemort’s hidden items were known as Horcruxes, the concept of which was almost mythological in the wizarding world. Only a handful of people knew about Horcruxes, but even they did not know of its true power and how much darkness is required to create it. Voldemort used this to his advantage and hid his soul so that even if he was defeated, he would never truly be gone. Rather, he could just turn up again in a new body. This created fear among the people who were surprised to see him back alive even after it was rumoured that he had died.

This is where Regulus comes in. After a falling out, Regulus had made it his mission to figure out the truth about Voldemort and find his weakness. He knew that Voldemort was not invincible and that he could be killed even though other wizards did not think so.

He followed a trail of bed crumbs left behind by Voldemort when he had seemed to be killing people at random. Regulus realized that Voldemort was up to something when he found that the Dark Lord was deviating from his normal pattern of killing people.

Regulus tracked Voldemort’s every step until he reached a cave under a cliff. This is where he found out the truth about Voldemort. He found a locket that was guarded by disturbing charms and some of the most vicious creatures in the wizarding world. He also found Kreacher, a house-elf who had served Voldemort and was left there to die. Kreacher told him what had happened and the importance of the locket.

Regulus proceeded to endure all the necessary torture to access the locket and replace it with a fake one. Since the dark magic took a toll on him, Regulus knew that did not have long, so he left a note inside for Voldemort to find to let him know that it was he who figured out his secret long before anyone else.

No one even thought about how and why Voldemort was invincible except for Regulus. He knew that there was no such thing as invincibility. While his actions often get overlooked, it cannot be denied that it was Regulus who stood up to Voldemort. He revealed an integral chink in Voldemort’s armour, without which Voldemort may have never been defeated. Nobody truly understood the power of the Horcruxes except for Regulus, who gave up his life to safeguard the Horcrux in the hope that one day it will be destroyed.

The Legacy of R.A.B

In the end, Regulus never really told anyone other than his elf about the locket. Although the secret of Voldemort remained buried, Regulus’s will to determine the truth about his foe made him Voldemort’s most dangerous enemy. Regulus endured torture without any help and ended up dying because of it. He was harmed by the creatures guarding the locket, and after his death, the locket was out in the open. However, Kreacher swore to do everything he could to destroy it, and Regulus did all he could to defeat the wizarding world’s greatest enemy, Voldemort.