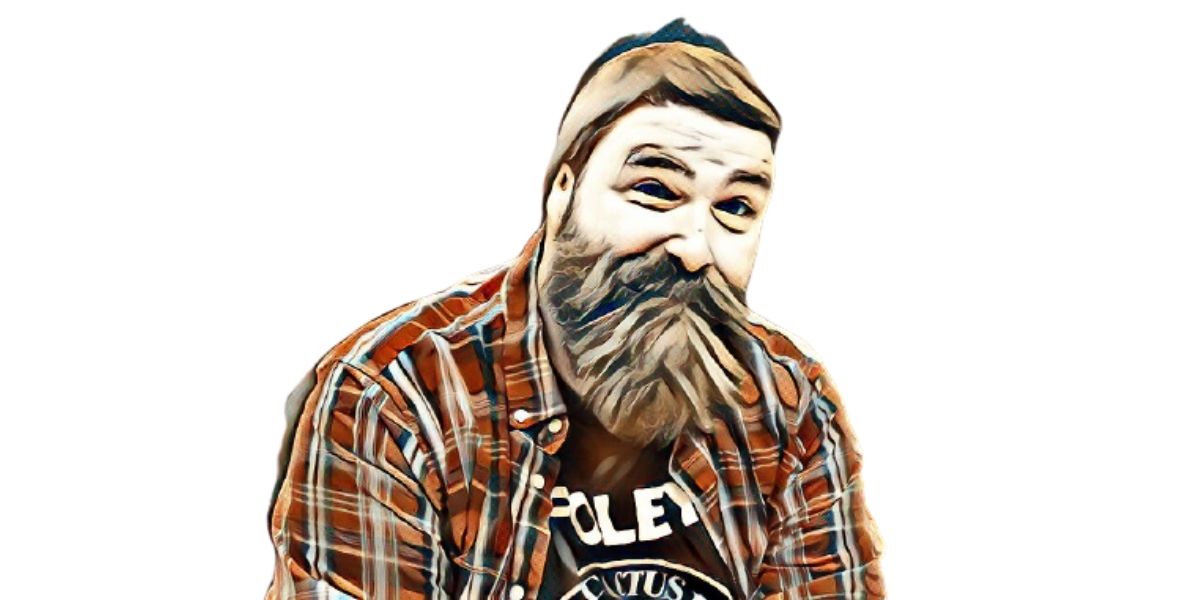 Mick Foley is a former professional wrestler with World Wrestling Entertainment (WWE) and a color commentator.

You might know Foley very well, but do you know anything about his personal life, career beginnings, and current net worth?

As of 2022, Mick Foley has a net worth of $14 million. The former professional wrestler, author, actor and comedian made his big break in 1991 when he joined the World Championship Wrestling.

From 1994 to 1996, Foley wrestled in Japan, the ECW and Smoky Mountain Wrestling.

The professional wrestler signed with the World Wrestling Federation in 1996. His stage name in WWE was Cactus Jack, Dude Love and Mankind.

The wrestler’s style earned him the title ‘The Hardcore Legend.’

Throughout his career, he has won a TNA World Heavyweight Championship and three WWF Championships.

He holds the record of winning eleven tag team titles and was the main event in Wrestlemania XV. However, he lost in the four-way elimination match.

After retiring from professional wrestling, the wrestler went on to become an accomplished writer of children’s fiction, writing memoirs, and fiction.

Mick Foley was born on 7th June 1965. He was born in Bloomington, Indiana, but his family had to move to East Setauket, New York, a few days after his birth.

Mick has an older brother, John, and his father’s name was Jack Foley.

Foley attended Ward Melville High School, where he actively participated in sports such as wrestling and lacrosse.

One of his schoolmates was Kevin James, currently a comic actor. Later, Foley enrolled at the State University of New York, Cortland.

After attending one match at Dominic DeNucci’s wrestling facility in Pennsylvania, he took a liking to the sport.

He began formally training with them at their facility in Freedom. Foley would drive a long distance from college to train.

Mick made his debut in wrestling in 1983 with a match against Kurt Kaufman in Clarksburg.

While many sources revealed that Foley’s career began in 1983, he denied the assertion, saying he lied to appear experienced.

When he set out, his stage name was Cactus Jack Foley. He trained at DeNucci, where he and other trainees participated in several squash matches as jobbers.

Two wrestlers of unequal talent were pitted in these drills, with the jobbers losing terribly. The matches were recorded and shown on Superstars of Wrestling and Prime Time Wrestling.

In one episode, Foley went against Dynamite Kid and got a strong blow to the head. He didn’t eat solid food for about two weeks.

Foley remained in the fold until the later eighties when he contacted the Memphis-based Continental Wrestling Association for a short period.

He later went to Texas, where he worked with the World Class Championship Wrestling.

While there, he earned several titles, including the light heavyweight title.

After trying to monetize his career, Foley received a contract with World Championship Wrestling.

However, he opted to join Herb Abram’s Universal Wrestling Federation. Ideological differences with the company led him to a deal with Tri-State Wrestling in 1991.

Later, the company changed its name to Extreme Championship Wrestling.

Foley triumphed in the high-energy and violent style that Tri-State Wrestling advocated for.

During one night referred to as the Tri-State Summer Sizzler, Mick was part of three intense matches. He caught the eye of World Championship Wrestling Promoters.

They signed him and he began working for the World Championship Wrestling full-time.

The actor has also written children’s books and fiction novels.

In 1999, Foley was featured in a wrestling documentary called Beyond the Mat. He also featured in Bloodstained Memoirs in 2009.

Mick appeared on Family Feud, The Daily Show with Jon Stewart, and Who Wants to Be a Millionaire?

His family was a part of Celebrity Wife Swap, a reality TV show.

Mick has lend his coice in shows such as Squidbillies, and Avatar: The Last Airbender.

Foley married his wife in 1992 and they have been blessed with four children.