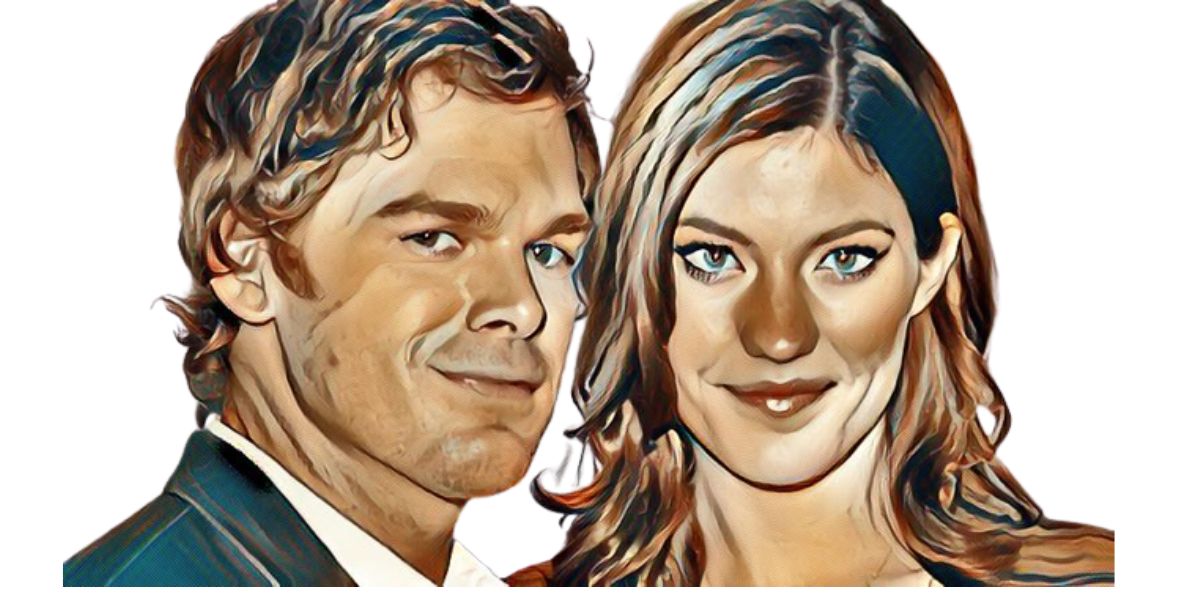 Jennifer Carpenter and Michael C. Hall were once happily married, and their relationship was one of the most famous since they acted as siblings.

Michael C. Hall as Dexter, while Carpenter as Deb Morgan.

Off-screen, they started dating secretly until they announced they were married a few seasons into the series.

Even though this was a surprise, their chemistry on television was one of the show’s main talking points.

Their marriage never lasted, but they never let their personal lives affect their professions.

This said a lot about their friendship since very few people can manage to work with their exes after separating.

When Dexter concluded in 2013, the two went separately, did different projects, and married other people.

Even though the show’s ending did not please many of its fans, the two helped create a successful series while going through the birth, life, and end of their real-life romance.

The two met while filming.

They acted as siblings who worked for the Miami Metro Police Department and spent a lot of time together on set.

The relationship between the two on-screen went on behind the scenes, and Carpenter admitted they shared a connection that made them good friends.

In 2013, she revealed, “I know that if I asked him for something that I needed to try something a certain way that he would see me and hear me and that he could do the same with me.”

Their relationship became romantic, but they preferred to stay quiet, and Carpenter revealed, “It’s sacred for an actor to keep their personal life personal.”

Even though not many people understood what was happening between them, they had a lot of respect for each other.

They praised each other, and Hall went on to say, “I’ve never had a better scene partner than Jennifer.

Her generosity, volatility of her performance, and sense of danger she brings to the dynamic, commitment, and sense of investment, I’m astonished watching her.”

Carpenter went on to say, “Michael sets the tone for the entire show.”

After keeping their relationship secret for more than a year, they decided to get married.

This was done in secret.

According to the actor’s representatives, they married in Big Sur in an outdoor ceremony.

They made their first public appearance as newlyweds in 2009 at the Golden Globes Awards.

They posed together for many photographs.

Carpenter later stated, “Sometimes we eat lunch together but that’s about as crazy as it gets for us as a couple on set.”

When the actress was suffering from Hodgkin’s lymphoma, he made sure to keep it a secret from his cast members and crew.

The executive producer stated, “He kept it from us until the very end because he didn’t want anyone to feel sorry for him.

He didn’t want us to stop production.

He never wavered, particularly as the episodes progressed toward the end of the season, and it was physically grueling.”

Hall eventually announced his sickness during the Golden Globes as he wore a knit cap.

Carpenter was by his side through therapy and recovery and equated the experience as “an 11 out of 10.”

The actress also noted that the experience was positive since it made them appreciate each other more.

She revealed, “In a strange way, his illness was the best thing that ever happened to us.”

Two years after their marriage, it was rumored that the two were experiencing difficulties working together.

A day later, it was confirmed that the two had been separated for some time and had filed for divorce.

Despite their issues, they stated that it would not affect the show.

Carpenter said, “I would like to reassure all Dexter fans that the show has always been paramount.

We’ve always done a nice job of protecting it and each other.

We play important roles in each other’s lives and always will.”