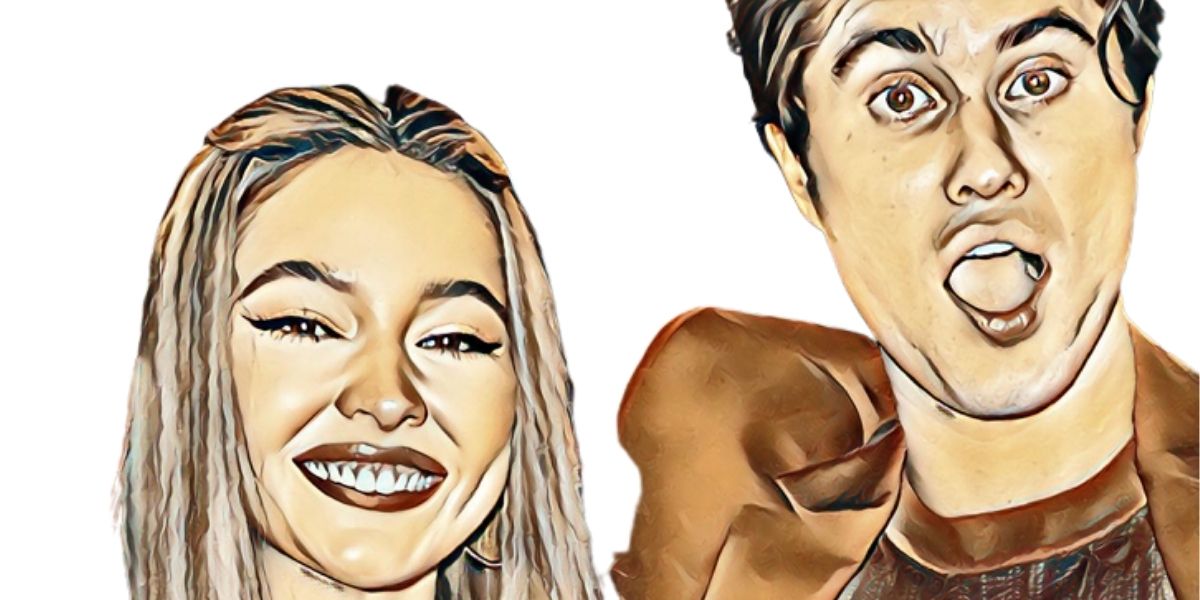 The hit series Outer Banks is popular among Netflix fans, with many of the audience falling in love with the relationship between Sarah Cameron (Madelyn Cline) and John B. (Chase Stokes).

The connection between the on-screen couple is real, and their on-and-off relationship is now more than two years old.

They were first linked in April while they were quarantined together.

After their Netflix debut, fans felt there was more than met the eye.

It was revealed they would spend the lockdown together, and Chase later said it was a test.

They confirmed their relationship with the actor by posting pictures of them on a picnic.

The caption read, “Cats outta the bag ❤️,” and Madelyn commented, “I’ve fallen, and I can’t get up.”

In September 2020, Cline wished her boyfriend a Happy Birthday and posted many pictures of them together.

They were also in Kugo’s video, Hot Stuff, where they were all over each other.

In December 2020, Chase uploaded various pictures and a cute birthday post that read, “It’s quite rare to meet somebody and feel everything change.

Thank you for making the coldest days warm, your infectious love, and for being the best dog mom to Lil mi.

In April 2021, they shared different posts to mark their first anniversary.

In May of the same year, they won the Best Kiss on MTV and celebrated the win with a kiss as is the tradition.

In June 2021, Stokes uploaded a picture of them together just as season 2 of Outer Banks was released.

In October 2021, rumors began that they had called it quits after a video of Ross Butler and Cline looking comfortable and dancing at Milan Fashion Week surfaced.

Stokes was in Miami alone.

According to close sources, they split, and the actress interacted with other people.

In November, a fan posted a selfie with the stars in Atlanta, Georgia.

The caption read, “Just ran into my favorite OBX couple … John B and Sarah (Maddie and Chase) Thanks for makin my night! So cool!”

Later the same day, they were seen dancing together, and the video got more than 110,000 likes, with fans hoping they would come back together.

The two neither confirmed nor denied the rumors, but it seemed they were on the right track.

The two attended the People’s Choice Awards in December though they went to the event separately.

Sources stated the two were taking things slow since they cared about each other and wanted to see how things went.

Before Christmas, Cline went on a date with DJ Zack Bia, which sparked dating rumors.

They Are Still Separated in Real Life

In January 2022, rumors surfaced that Madelyn wanted to quit the show.

This caused a lot of disturbance, forcing the actress to set the record straight.

She posted, “Hi, so I’m getting asked if s3 is my final season of OBX.

I will come back for as many seasons as they will have me.

I love my job, and there’s not a day that goes by that I’m not grateful for it and for everyone who has watched it.”

She also reminded everyone not to believe in everything they read on the internet.

Despite the news that she is staying, the two are very much separated, and the actress is currently single.

In February, the actor triggered rumors with a post on the update of Outer Banks Season 3.

He uploaded a group picture of his cast members on the beach with the caption, “Welcome back (:.”

Everyone was smiling, and Chase and Madelyn held hands.

Even though this is due to the on-screen romance, many were convinced that posting the pictures meant good news for their relationship.