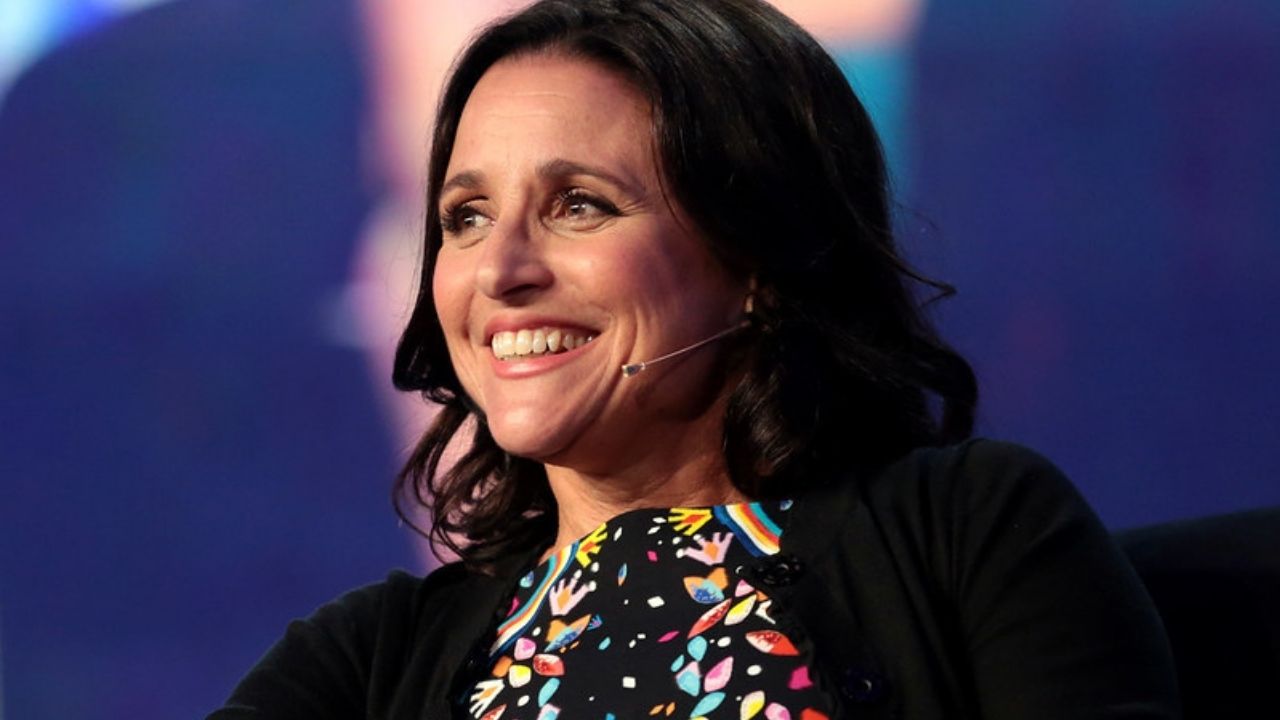 Julia Louis-Dreyfus is an American comedian, actress, producer and singer who hails from New York.

She is among the cream of crop actors from Seinfeld and Saturday Night Life.

Dreyfus’s career has also seen her build up many accolades and awards, and many are wondering how much she has made so far.

In this blog post, let’s find out more about Julia Louis-Dreyfus, her personal life and net worth!

Julia Louis-Dreyfus was born in January 1961 in New York City.

She is the daughter of billionaire Gerard Louis-Dreyfus, who is worth $4 billion.

Julia’s parents divorced when she was just a year old.

Her mother got married again to Thompson Bowles and relocated to Washington when Julia was four.

As a result, Julia spent most of her childhood moving from place to place including Tunisia and Columbia in line with her stepfather’s career.

Dreyfus graduated in 1979 from Holton-Arms School in Maryland.

While in Chicago, she was part of their improv group called the Second City.

When she was 21, she got a spot in the Saturday Night Live cast.

She got the invite after she was discovered at The Practical Theatre Company.

At this time, she was the youngest female actor for the show.

Julia stayed with Saturday Night Live for three years between 1982 and 1985.

During her third and final year with the show, she met Larry David (a co-creator in Seinfeld) when he was also on the year at SNL.

After SNL, Julia appeared in several high profile films, including Hannah and Her Sisters in 1986.

She also featured in Christmas Vacation alongside Chevy Chase in 1989.

The actor was also a part of many pilots that never saw the light.

Following her experience with Seinfeld, Julia didn’t have much luck landing roles.

She was a part of many cancellations and short-lived TV shows.

This was referred to as the Seinfeld curse, meaning that actors who appeared on the show could never achieve the success they got with the show.

However, Louis-Dreyfus dismissed this notion after she found a short-term project with a role on Arrested Development in 2005.

Later, things began to take shape when she was cast in The New Adventures of Old Christine, a CBS sitcom in 2005.

The show won impressive ratings and Julia won an Emmy for her role in the show, along with other nominations.

However, the show was cancelled in 2010 after five seasons.

Veep was largely successful and it became very popular among fans.

Julia won six awards for her role as vice president in Veep during this period.

In 2020, Julia signed a deal with Apple TV+ to develop new content and projects for the company.

She would also be working as an actress and executive producer for their show.

Well, most of you know that Julia has been married to Brad Hall for over 34 years.

The couple met while Julia was at school at Northwestern University.

Today, the couple has two children.

Julia Louis-Dreyfus was diagnosed with breast cancer in 2017.

She had just won an Emmy from her role in Veep when she received the news and immediately announced it on Twitter.

Come October 2018, when she appeared on Jimmy Kimmel Live, Julia announced that she had undertaken treatments and was now cancer free.

She earns her money from her several TV roles.

Currently, Julia makes a salary of $500,000 per episode for her role in Veep.

Coupled with endorsement deals and other income sources, she has been earning about $8 million a year. This makes her rank among the highest paid actresses in the world.

Julia Louis-Dreyfus has been a household name in the film industry for a long time now.

It is no wonder that her income has kept increasing since her first major roles in Saturday Night Live and Seinfeld!