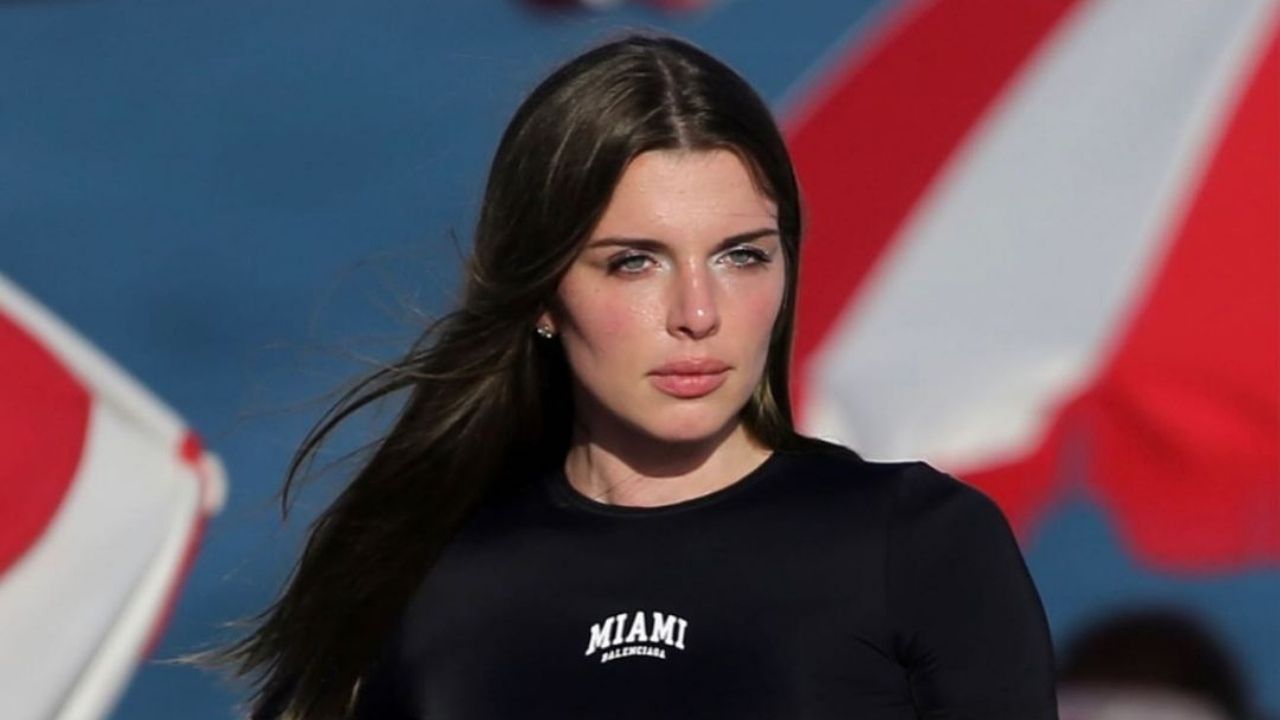 The stunning actress and model Julia Fox never fails to impress us with unique looks.

That is exactly what she accomplished once again as she walked down the red carpet at the Film Independent Spirit Awards in a cut-out black dress with the matching bikini underneath the provocative dress.

The 32-year-old actress appeared at the awards as Zola’s very close friend, whose movie “Zola” had nominations in 7 categories.

“Thank you so much @zolarmoon I am infinitely honored to have accompanied you. You’re a star and I continue to be blown away by you. Congratulations on your win @taylour you fkin deserved it!! ILY @zolamovie @jeremyoharris @janicza @filmindependent thank you so much for allowing me the privilege of sharing this special moment with you ♥️♥️♥️” – she captioned.

When Julia was asked about the short-lived relationship with Kanye West, she responded:

“I tried my best to make it work,” she explained. “I already had a jam-packed life. How do I fit this really big personality into this already full life? It just wasn’t sustainable. I lost like 15 pounds in that month.”

Kim Kardashian’s marriage to Kanye West officially ended earlier this week when a Los Angeles judge finalized her divorce from the rapper.

Reportedly, Kim wrote in a declaration filed to the court last week, “I very much desire to be divorced. I have asked Kanye to keep our divorce private, but he has not done so.

I believe that the court terminating our marital status will help Kanye to accept that our marital relationship is over and to move forward on a better path which will assist us in peacefully co-parenting our children.”

“I already had a jam-packed life. How do I fit this really big personality into this already full life? It just wasn’t sustainable.” – Julia said to NY Times.

“He was the orchestrator of it all. It really did feel like a movie.” – Julia concluded.

Even before this rocky, unhealthy relationship with Kanye, Julia was still definitely feeling the pressure of the global pandemic, as it took a toll on her physical and mental health.

However, as always, there is a silver lining for Julia Fox, and that is the moment she gave birth to her son Valentino in 2021.

The gorgeous Julia Fox has been in the modeling industry for over 10 years now, having been featured in campaigns and walks for “Interview”, “Vogue”, “Diesel”, and many more big names in the fashion industry.

Julia Fox drew a lot of attention in her art exhibitions back in 2015 and 2016, where she painted the canvases with her own blood, thus sending a powerful message of sacrifice, heartburn, and PTSD.

Fox landed her first TV role in the 2019 movie called “Uncut Gems”, which airs on Netflix.