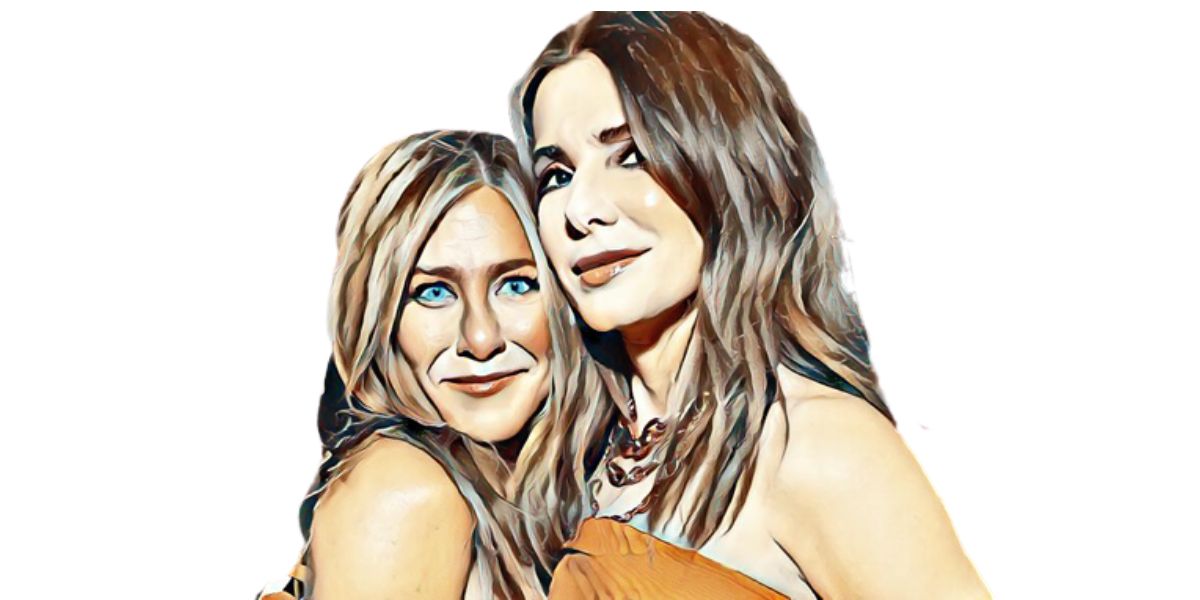 Currently, the two stars remain some of Hollywood’s hottest names.

Aniston became famous for her performance in the hit show Friends, and she has since acted in movies like Just Go With It.

She recently won the SAG Award for her role in The Morning Show.

She also got nominated for the Emmy Awards and the Golden Globe Award for her performance as Alex Levy in the show.

On the other hand, Bullock is a two-time Oscar nominee who has starred in films like Ocean’s 8, Miss Congeniality, and Gravity. Let us look at the two superstar’s friendship, which dates back to the 90s.

During a recent interview by Bullock, the star remembered meeting Jennifer for the first time and credited their former ex, Donovan, their meetup.

Bullock recalled, “We were introduced by our former boyfriend.

Aniston stated, “We both partook of Tate.”

Bullock added, “Who was a very patient human being, given that he dated us both.”

Aniston stated, “He seems to have a type.”

Even though both superstars’ relationship with Donovan ended, they are enjoying a solid relationship since they have much in common other than dating the same person.

Bullock celebrated her birthday alongside some special friends.

The actress, who turned 56 then, enjoyed a socially distanced celebration with her friends Holland Taylor, Sarah Paulson, and Jennifer Aniston.

Aniston documented the event in a sweet picture on her social media page.

She showed the actresses and an unidentified woman wearing masks and sitting a few meters from each other as they posed for a lovely selfie.

Aniston captioned the picture, “Celebrating our girl properly distanced with so much love. HAPPY BIRTHDAY, SANDY. WE LOVE YOU!!!”