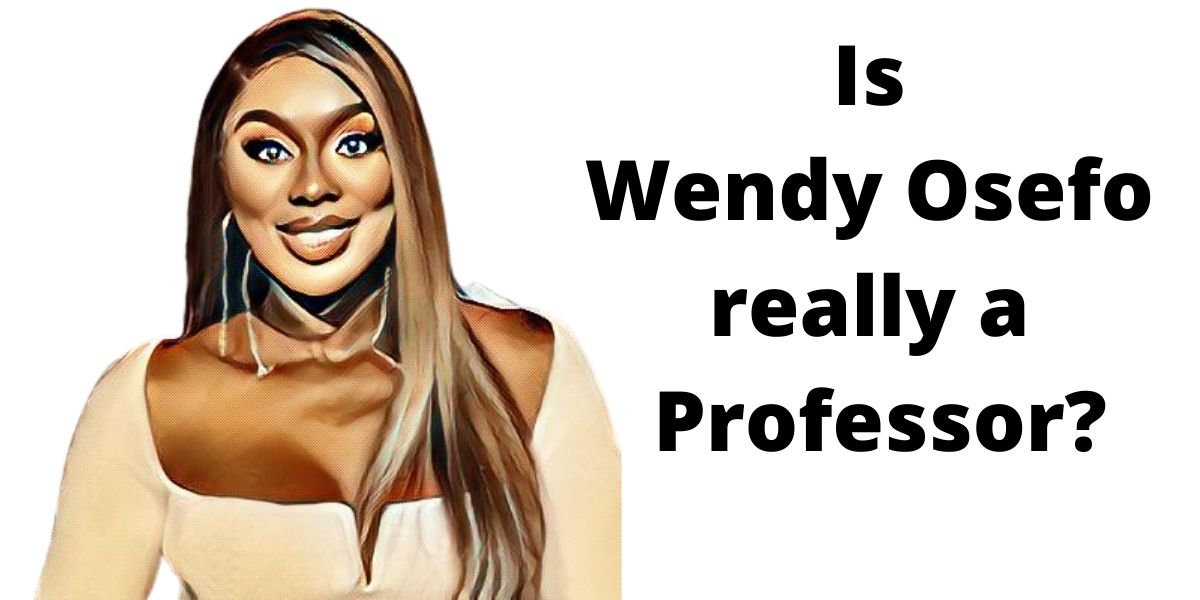 Wendy Onyinye Osefo is a political commentator, philanthropist, public affairs academic, and television personality in The Real Housewives of Potomac. Many people wonder whether she is actually a professor. According to her profile, she works at the John Hopkins School of Education as an assistant professor.

According to the institution, her research looks at how race and class impact education accomplishments and the trajectories of different students in learning institutions and community settings. Her research also explored the correlation between equity, race, and vulnerable students in postsecondary and K-12 learning communities. Before joining the institution, she worked as the Director of Family and Community Engagement in which she created and enforced engagement strategies that were culturally adept and parent-focused. She also developed and launched the first complete adult education center in northeast Washington, D.C.

Her leadership in the development of the adult education program resulted in her being the first director of the Master of Arts in Management Program at Goucher College. She has more than ten years of experience as an advocate for vulnerable children and homes. She was also an analyst in the Attorney General’s office in Washington, D.C.

Apart from her policy knowledge, she regularly offers commentary and assessments on politics on national TV like ABC, CNN, and Fox News. She also features in print media, podcasts, and roadshows that assess politics and race. In 2018, she received the Black Women in Media Award for her role in journalism. In 2017, she received the Johns Hopkins Diversity Recognition Award, the Outstanding Recent Graduate Award and was named among 25 Women To Watch in the same year.

During one of her Twitter interactions, she said that it was okay to ask questions since even with her four degrees, there were many things she did not know about. She has also worked on many books like Tears of My Mother. She gave her fans insight into how her projects were going during their development stages. She stated, “Long nights — early mornings working on [Tears of My Mother]. Always document the process, so when you accomplish your goal, you know just how far you’ve come! The hustle is free, the grind sold separately!”

She has been married for close to ten years to Edward Osefo, a Nigerian attorney back home. They first met when they were teenagers and had a longtime friendship before they joined college. The couple has three kids, Kamrynn, Karter, and Kruz.

Apart from her job teaching politics and urban education, she is also founded the 1954 Equity Project, which offers mentorship, tools, and resources to vulnerable minorities to assist them to excel in higher learning. During an interview, she said, “It is a lot to juggle all of that stuff. I did not jump at it at all. I prayed about it. I asked all of my loved ones. The truth of the matter is I have so much going on. I work in what is considered a relatively serious field.”

The star’s life and upbringing indicate the successful immigrant journey. She was raised by a single mother who put herself through college, thus impacting the value of hard work and the need never to accept failure as an option. Her success shows her quest to accomplish a lot and achieve the American dream.