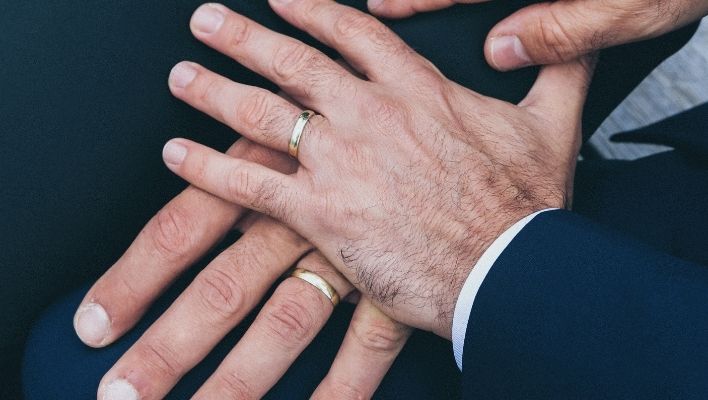 Tom Selleck is one of the most popular actors from the 1980s, and his popularity is not fading just yet. Of all things, Tom, throughout his career, has been accused of being both homosexual and homophobe though there is little evidence o the accusation.

Tom Selleck is not gay. He has been married twice, and you can only term him as a heterosexual but not gay.

The rumors began in the 1980s and later intensified in the early 1990s by a series of placards and subsequent reprinting in newspapers. ,

Concerns about Tom’s sexual orientation led to a variety of gossip. The actor came out and drew the libel in the sand after a particular story was published in ‘The Globe’ in July 1991.

The globe published photos for a story titled ‘Gay Stars Stop Traffic,” referring to Tom. On refusing to publish a retraction, Tom sued them for libel.

Selleck’s complaint claimed that the story intended to directly injure him concerning his family relationships, character, business, profession, and reputation. He was awarded $20 million for damages and also sought other unspecified damages. Globe and Tom later settled the matter outside court with an undisclosed amount, and later, The Globe published an apology to him.

However, Selleck made it clear that the lawsuit was not a condemnation of gays.

The rumors did not stop him from taking up a gay role in 1997 in the ‘In and Out’ film. He played a closeted TV reporter whose sexual orientation was exposed by a tabloid earlier, hoping that a stunning male-on-male kissing scene would stop charges that he was a homophobe.

Tom claimed in a 2015 issue of TV guide that playing the role ended the rumors.

Tom has been married twice, with his first wife being Jacqueline Ray, a model.

Tom and Ray were married between 1971 and 1982, and he later married Jillie Mack from 1987 to the present. The couple was blessed with their only daughter Hannah Margret Selleck.

The couple has had a healthy and long-lasting relationship and is considered an icon and admiration in Hollywood.

Tom was married to Ray for 11 years as a model and an actress.  Selleck adopted Ray’s son Kevin Shephard, which he later changed to Kevin Selleck, an actor.  Tom persisted in being part of Kevin’s life and mentoring him in the acting industry even after a nasty divorce with Ray.

Tom Selleck is extremely reticent towards the media, and rumor has it that his decision to keep off from the spotlight to enrich his marriage is based on the failure of his past relationship with Jacqueline Ray.