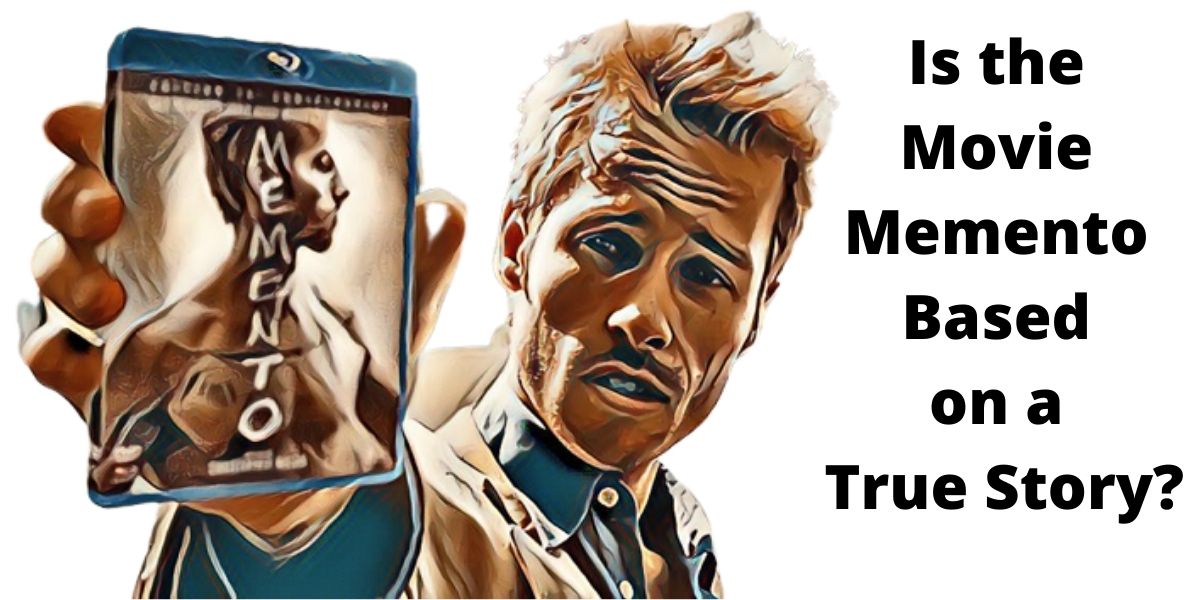 Fans can easily forget how one of the greatest writers and directors, Christopher Nolan, has been creative in his work. Every time he creates a film, he develops new ways of stirring the audience’s expectations. When Nolan is working, the traditional narrative framework, physics laws, and transparent dialogue seem to be thrown out. Most people were introduced to his filmmaking methods more than two decades back with the creation of his low-budget movie, Memento. The film is very inventive, refined in its structure, and dynamic that more than twenty years later, it seems like fresh air, stirring the thinking of those who have watched it many times. Unlike other movies created during the time, it does not have a huge catalog it can be compared with. This begs the question, was the movie based on a true story?

The movie’s nonlinear description is depicted as two distinct scenes interwoven; one is in black-and-white arranged chronologically, and another of color in which episodes are shown in reverse. Both meet at the movie’s end, resulting in a complete description. The film debuted at the 57th Venice International Film Festival in 2000 and was released in the U.S. market in 2001. Many critics said its nonlinear construction and self-deception, perception, motifs of memory, and grief were superb. The movie raked in $40 million despite using a budget of $4.5 million. The movie received a lot of distinctions, like the Oscar nominations for Best Original Screenplay and Best Film Editing.

The movie is considered Nolan’s most outstanding work and one of the most notable creations of the 2000s. In 2017, it was labeled by the United States Library of Congress as ‘culturally, aesthetically, and historically important and was singled out for conservation in the National Film Registry. The main actor is motivated by revenge. He is looking for John G., the person he blames for raping and killing his wife. This becomes the film’s driving point. Soon enough, it is realized that Leonard is helping Natalie, who has been offended by another person and has lost a person she considers precious. The audience finally comprehends that Leonard has completed his revenge mission during the last scenes. When it closes its curtains, the audience realizes that Natalie was manipulating him since he was focused on revenging his wife’s murder.

The movie is not based on a true story, but it centers on physical and mental trauma. Trauma is first seen by Leonard when the attack left him crippled with a disability known as anterograde amnesia. The condition affected his mental ability since he could not create new memories. Also, the accidental murder of his spouse is another trauma he finds hard to deal with. The impacts of the trauma reappear in the shape of overlying memories, images of him injecting his spouse, and of him sitting in a chair in a mental facility.

His mind is also set to consider Teddy a liar, resulting in him being the object of his vengeance. There are various conversations on memory. The most notable is Teddy and Leonard sitting together, stating that he does not consider his memories reliable even though he knows that investigations rely on memory. The statement’s irony is evident since the audience understands at the end of the movie that people doctor facts to accommodate their cause.

Also, Leonard’s issue correlates to the ability of memory creation in humans. The issue that arises is the memory connected to a person’s identity. Leonard’s identity is based on his condition that inhibits his memory. He is also a previous version of himself before the attack. The director, Nolan creates a complex crossroad with the theme and allows the audience to think it over after the scenes show Leonard knowingly meddling with his future memories.