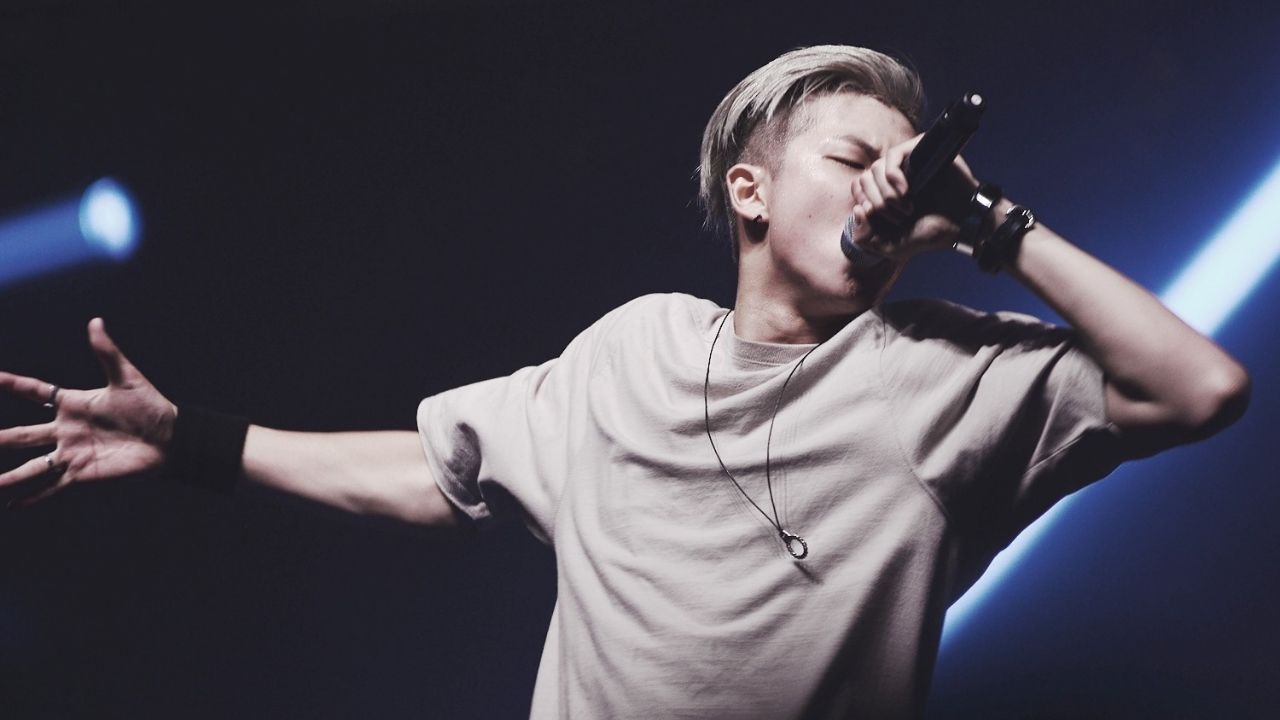 The 28-year-old rapper Kim Namjoon, a lead rapper from BTS, started his career in the music industry under the stage nickname “Rap Monster”, so he’s also known as RM.

Read on to find out what we know about his dating life.

Does Namjoon have a girlfriend?

As of 2022, Namjoon is single (at least, until he officially confirms the alleged relationship).

Therefore, Namjoon is neither married nor does he have a child, as some rumors stated.

The tabloids and fans were quick to spin the marriage rumor regarding Namjoon in 2020 because he started wearing a ring.

Even though the ring does imply engagement in many states, it does not necessarily represent marriage in Korean culture.

So, since Namjoon hasn’t publicly spoken about even having a girlfriend, let alone getting married to one, let’s not rush to a conclusion!

The rapper takes his privacy and the privacy of those around him very seriously, which we can notice with just one glance at his social media profiles.

By the way, the Korean culture thinks K-pop bands as role models / idols to teenagers, so any public display of affection is a big no.

There have been many instances in the past where K-pop groups lost their record deals after a member was with a partner in public.

BTS (also known as Bangtan Boys) is a pop band that started creating music in South Korea in 2010.

The BTS band consists of Jin, J-Hope, Jungkook, RM, Suga, Park Ji-min and V, and all of them have fan girls all around the globe.

As for their roles in the band, RM, Suga and J-Hope are rapping, Park Ji-min (also known as Jimin) is the lead vocalist and V, Jin and Jungkook are vocals as well.

All of the boys are from 24 to 29 years old, and Jin is the oldest handsome guy there.

They released debut album “Dark & Wild” in Korean language back in 2013, followed by the second album, this time in Japanese, called “Wake Up”.

In the next couple of years, BTS released yet another album in Korean called “Wings”, which sold over 1 million copies in 2016.

By the end of 2016, the world got into K-pop and BTS went viral because of their great songs and amazing, unique energy (and very cute boys).

Fun fact: their Korean name “Bangtan Sonyeondan”, which translates into “Bulletproof Boy Scouts”, focuses on the band’s wish “to break stereotypes, criticisms, and expectations that aim at adolescents like bullets”.

And we can easily all agree that they’ve succeeded!

BTS boys breaking all the charts

Beside having gorgeous, gorgeous boys in it, this K-pop band has built quite an empire in the music industry.

They have released numerous amazing songs which made it to the top charts.

It’s interesting to note that almost a dozen of their songs have hit over 1 billion (yes, billion!!) views on Youtube alone.