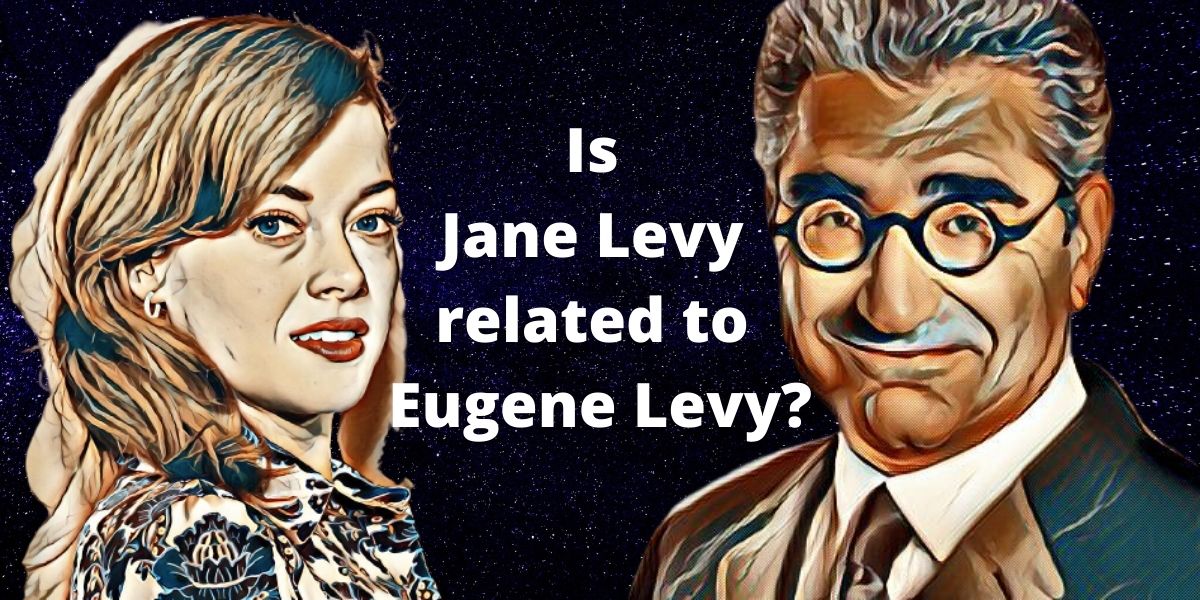 Many may wonder whether having ‘Levy’ as the last name may be a ticket to stardom.

Father and son Eugene and Dan Levy have made a name for themselves with their blockbuster show, Schitt’s Creek, which has made many ask if Zoey’s Extraordinary Playlist celebrity Jane Levy is part of this talented family. The shows have been praised by many and were nominated for the Golden Globe Awards through Schitt’s Creek bagged two awards.

Jane rose to stardom with her act as Mandy Milkovich in the 2011 drama, Shameless. She also got a role in the show Suburgatory acting as the child of Jeremy Sisto.

She has also starred in more minor roles in many movies and television shows like What/If, Castle Rock, and Evil Dead. The actress became a success as the main character in the NBC show Zoey’s Extraordinary Playlist. The show is about a woman who listens to people’s inner thoughts in the form of musical numbers. Based on her name and apparent acting prowess, it is natural to wonder if the actress is related to Eugene and his son.

Is Jane Related to Eugen and Dan Levy?

She finally decided to clear things up. Let’s briefly look at their biographies: Eugene is a Canadian while Jane is an American when one looks at their nationalities. The stars were born to different parents. Jane’s parents are Mary and Lester Levy, while Eugene’s parents are Rebecca Kudlats and Joseph Levy. It is not only the fans who end up confused when referring to the two, even huge companies have made mistakes. In 2020, ET mistakenly tagged Eugene’s daughter, Sarah Levy, who usually appears along with her family members in Schitt’s Creek, in a post promoting their interview with Jane. Jane quickly responded,  “LOL, it’s ‘Jane, ‘ not Sarah.” Many people pointed out the mistake before the tabloid issued an apology and rectified the error.

Even She was Once Confused

The mistake seems ridiculous considering that the actress also confirmed she was not related to the Schitt Creek stars earlier in 2020. She

tweeted, “In case anyone cares, I pronounce my last name leeeeeeevy. Not like Eugene,” she went on, “And unfortunately, I’m not related to Eugene.” She also confirmed this during an interview in January 2021, where she said they were both talented and enjoyed watching their show. She said, “Unfortunately, we’re not related.” She later joked that there was a time she, too, was confused during the 2021 Golden Globe Awards nominations announcements. In an interview with E!, the actress confessed that she did not watch the announcement since she could not believe it was true. She said, “I was like, ‘Eugene? Or the other one?’ And then, it was me.”

A post shared by A Dan Levy Fan Page. (@dan_levy_is_my_life_coach)

A quick look at Jane Levy’s career shows that she is one of the entertainment industry’s rising prospects. Currently, her role in the NBC show Zoey’s Extraordinarily Playlist has allowed her to accumulate an impressive list of credits in a short period. She has also managed to avoid being limited to a single role since she has acted in various genres, switching from horror as the demon-possessed heroine in Evil Dead to acting in comedy in the show Suburgatory. Other achievements include acting in the movie Don’t Breathe, Castle Rock, and a short appearance in Twin Peaks. Considering all these achievements, there are many things that fans would love to know about the actress, including her personal life, her teenage years, and the shrine she put up.

Levy is married to Deborah Divine, and they have been together for close to 44 years. The couple has two kids that they raised in Canada. They are both actors and, together with their father, star in the program Schitt’s Creek. Eugene also advocates for autism awareness and therapy and is a member of the Canadian charity Artists Against Racism.