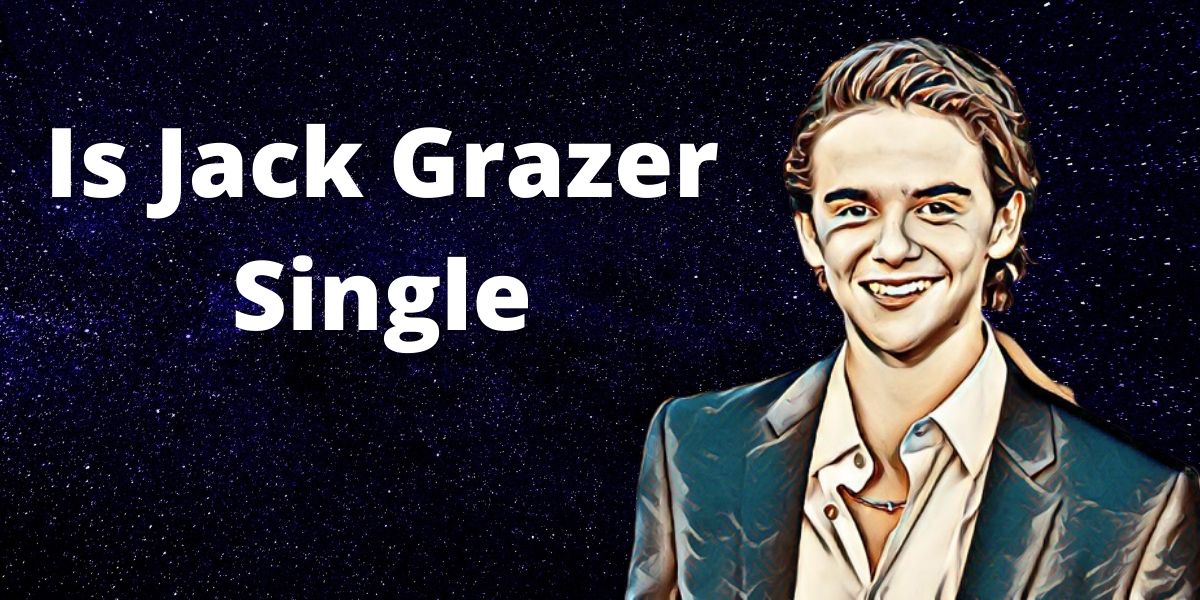 Jack Dylan Grazer is a young actor who has surprised fans with his excellent acts. He is usually on the news due to his profession, work, or personal life. He has managed to build his name and fame at a young age. He also has quite a following and has played various roles and characters. He usually keeps his fans posted on his personal life through social media accounts. The actor was born in Los Angeles, California, and he recently clocked 18 years.

He was named among the top 30 celebrities under 18 years in 2018. The actor has featured in many television shows and movies. They include; Tales of Halloween, Luca to Me Myself and I, and Beautiful Boys. He has also been nominated and awarded for his talent. In 2019, he was given the Next Generation of Hollywood Award. Fans have always wondered whether the We Are Who We Are actor is single. In a live broadcast, he once stated he was bisexual, and when asked by one of the fans to elaborate, he reframed the statement by saying he is ‘bi.’

The actor is said to be in a relationship with Cylia Chasman. Chasman is a public figure and Instagram influence and has an immense following on social media. She is approaching 16 years and often shares pictures of her on her Instagram account. This includes various travel expeditions to vacation tours. The influencer is understood to have dated the actor for some time. The news about their relationship became public in 2020 when Jack posted a picture with her in 2020. The couple has always tagged each other on their posts, and it is rumored their relationship spans two years.

Jack announced their relationship in August 2020 when he posted a picture captioned, “Manks In The Pulp.” According to her Instagram post, the couple has been together for more than two years, and while celebrating their one-year anniversary, she wrote, “This boy means the WORLD TO ME!!” she continued, “I would do anything for you my love. thank you for always being by my side and loving me the way you do. I’ve never experienced this kind of euphoria with anyone and cannot think of anyone else I’d want to live my life with.” She then ended the post with, “I wish I could really express the happiness I’ve found spending this time with you, I adore you. happy one year.”

The actor was also said to be dating Ellie Hiyar, a social media personality, back in 2017. He has also been rumored to be in a relationship with Emmy Perry, which was caused by him posting a picture with her. It seems the two are just friends. The actor did not come out to confirm the rumors, but he usually keeps his personal life separate.

Cylia may not be an actress, but she is a familiar figure on social media. She is a frequent social media user and regularly posts updates about her life. The teenager is a social media star who attributes her influence to her Instagram account. She has more than 88,000 followers, and this comes from her regular posts on her everyday life. She set her Instagram account to private, and this may be attributed to her dating a celebrity, thus the need to have a bit more privacy. This may also be due to the backlash the couple has received from people who are displeased by their age difference.

Cylia is turning 16 this year, and since they started dating, it means she was young by then. There is a three-year gap between the couple. Some feel the age difference makes their relationship strange. One fan even went ahead to state, “As a 16 year old, the idea of 17 year old Jack Dylan Grazer dating a 14 year old is GROSS. I cannot imagine dating a seventh grader / eighth grader. Seriously. If someone I knew was dating a 13 / 14 year old I would be grossed out.”