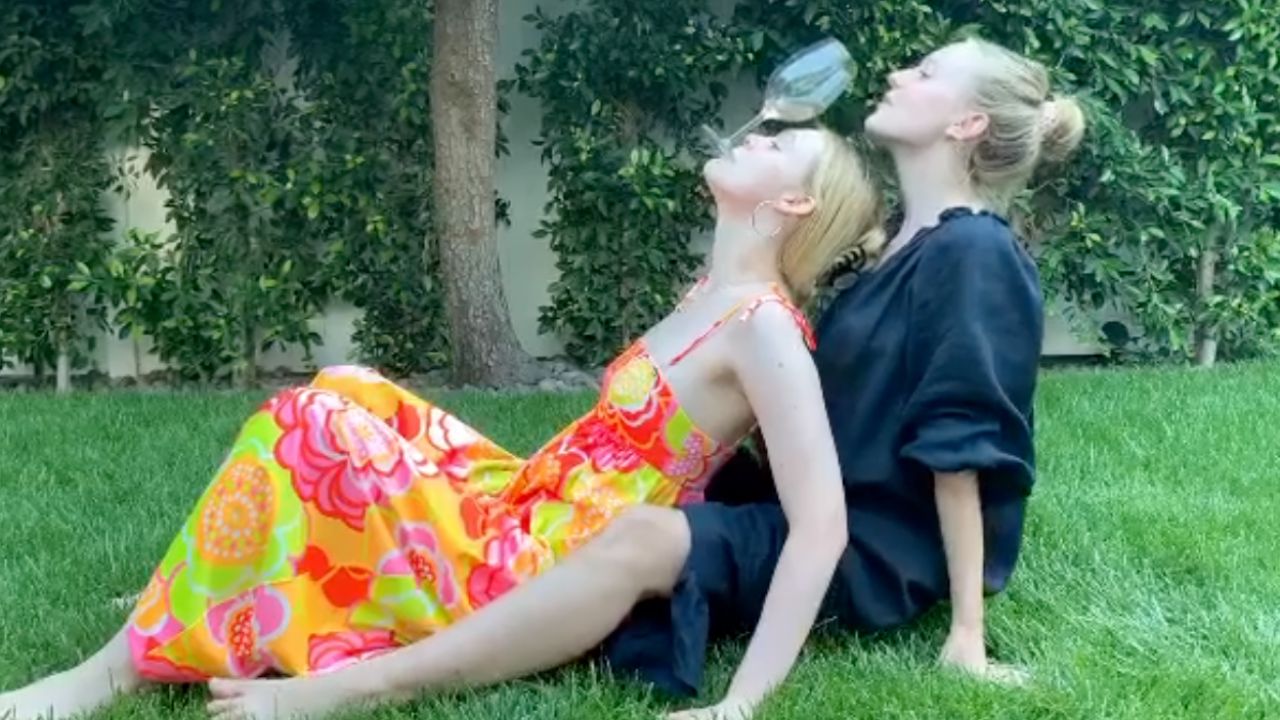 Starting as a child actor, Dakota Fanning made quite a name for herself and the last name Fanning was engraved into Hollywood history.

But, Dakota is not the only Fanning in the industry, her younger sister Elle Fanning is also an actress and sure makes her sister proud with her accomplishments.

Everything started back in 2001 when Elle Fanning made her acting debut, playing the younger version of her sister Dakota in the drama film “I Am Sam.”

Elle Fanning and Dakota Fanning do not only share a resemblance regarding their looks and their last name, but these two beautiful actresses also share the same DNA.

Ever since 2001, the Fanning sister duo have dominated the industry and they proceeded to leave a significant mark in Hollywood.

Thanks to their undeniable resemblance, the then-young Elle Fanning was presented with an opportunity to play the younger version of her older sister’s character in the 2001 film “I Am Sam.”

Elle excepted the offer and everything else is history!

Inside Dakota and Elle Fanning’s Relationship

Elle Fanning and Dakota Fanning have a very close and supportive relationship. They have often spoken about their bond as sisters in interviews and have been seen together at various events and on red carpets.

They are known to be each other’s best friends and confidants. They have been each other’s support system and have helped each other greatly throughout life.

In an interview, Elle described her relationship with her sister by saying, “We’re really close, and we’re really supportive of each other. We’re each other’s best friends, and we tell each other everything. We’re always there for one another, and I think that’s most important.”

Dakota also wasn’t shy to give her statement on their relationship by saying, “We’re very close and we’re best friends. We’re always there for each other, Elle is my biggest supporter and the other way around.”

Overall, based on their public statements and appearances, it seems that Elle Fanning and Dakota Fanning have a very strong and close relationship as sisters.